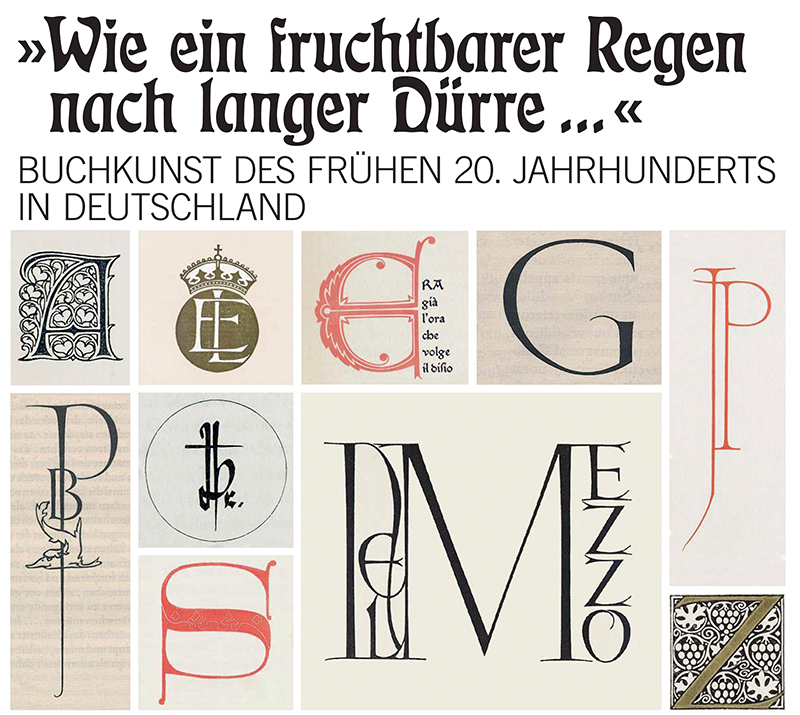 Book Art of the Early 20th Century in Germany

At the end of the 19th century a reform of the book trade began in Germany as part of a movement for the renewal of the arts and crafts. The movement, which wanted to give the book a uniform, contemporary design based on script and typography, was supported by writers, scientists, and publishers as well as non-commercial private presses, which—in keeping with the current Gutenberg year—are the focus of the exhibition.