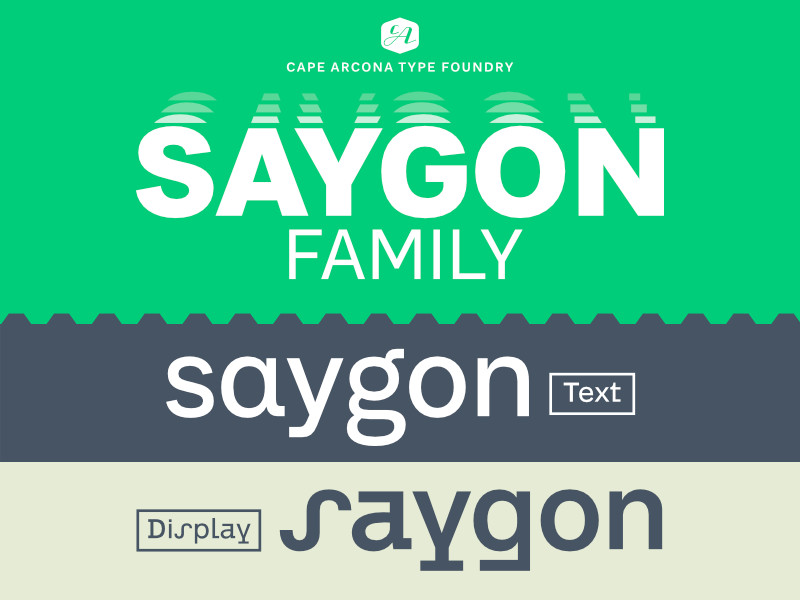 The CA Saygon font family consists of a display variant with three weights and a text variant with 7 weights plus italics.

It was originally designed for the pitch for the redesign of the Sprengel Museum Hannover. But when another agency won the pitch, the way was clear to further develop the font for a wider audience. In the beginning there was the striking display variant with its unmistakable appearance. It contains unexpected fractions in the design that lead in combination to a coherent appearance in practical use. Numerous alternative letter forms keep boredom away.

Its calmer counterpart is CA Saygon Text, which only came into being after the pitch phase. It picks up shapes and proportions of the display variant, but was created with the clear objective of a text font suitable for everyday use. The typeface does not deny its influences by fonts such as Akzidenz Grotesk, but develops the repertoire of forms further in a completely independent direction. In letters such as f, t, i and r, for example, there are striking accents on the horizontal. All in all, the font with its high x-height makes a robust but friendly impression. With four different Stylistic Sets, the character of the font can be changed with a single click. A special highlight is Set 3, “Cape Style,” in which the typeface combines a single-storey a with a three-storey g—something you can hardly find in any other typeface.

Both fonts are very well equipped—in addition to Latin Extended, Cyrillic and Vietnamese are also available as language support. In addition to arrows and other useful additional characters, various OpenType features round off the professional overall picture, such as superscript and subscript digits, fractions and proportional and table figures. Great emphasis was on a professional kerning, which was done by kerning specialist Igino Marini (iKern). 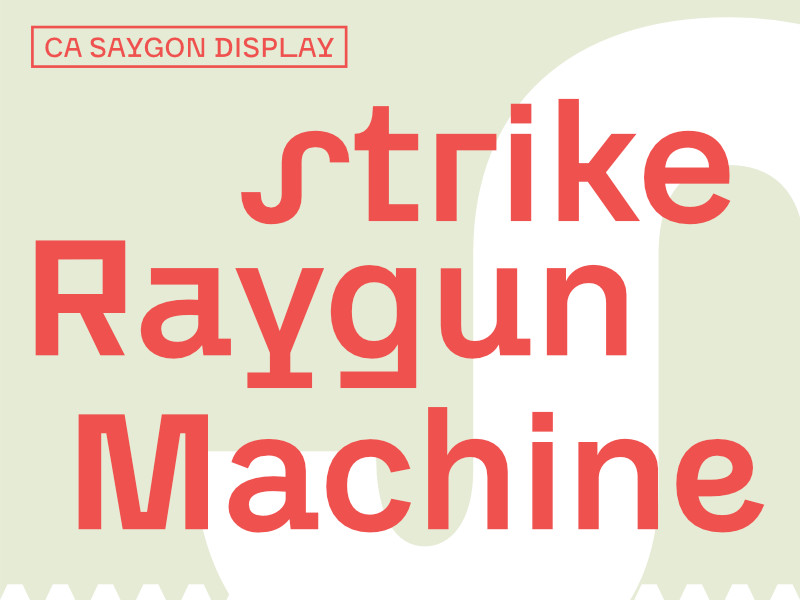 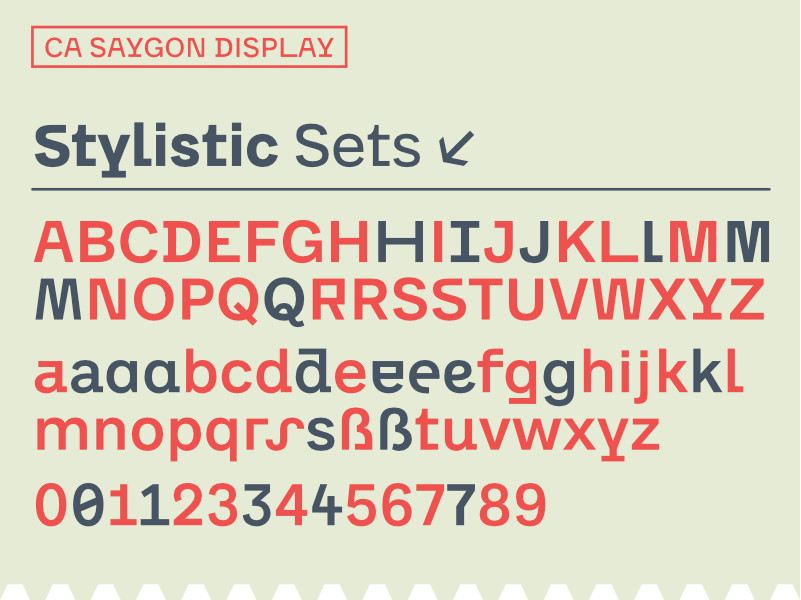 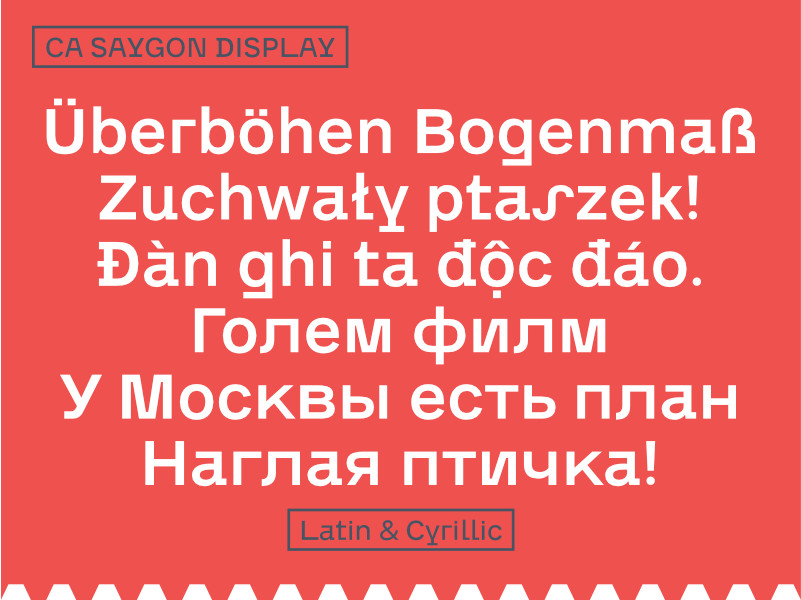 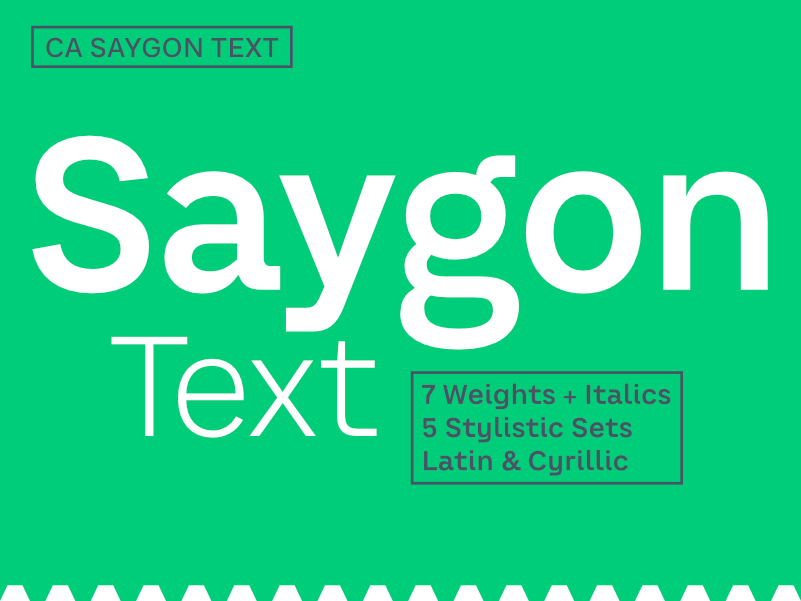 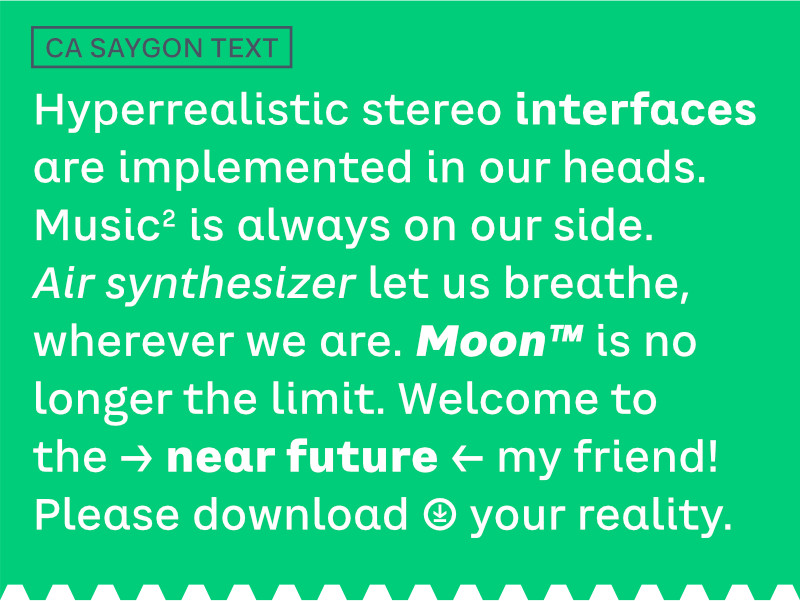 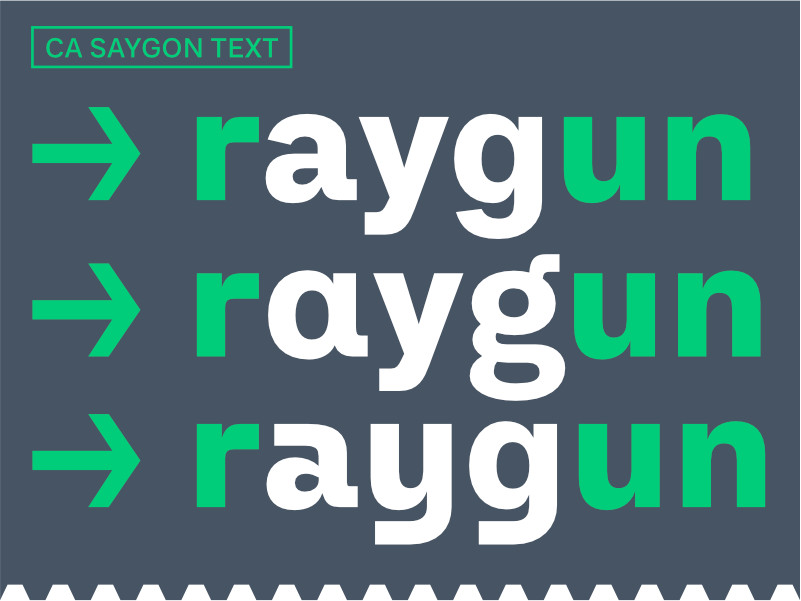 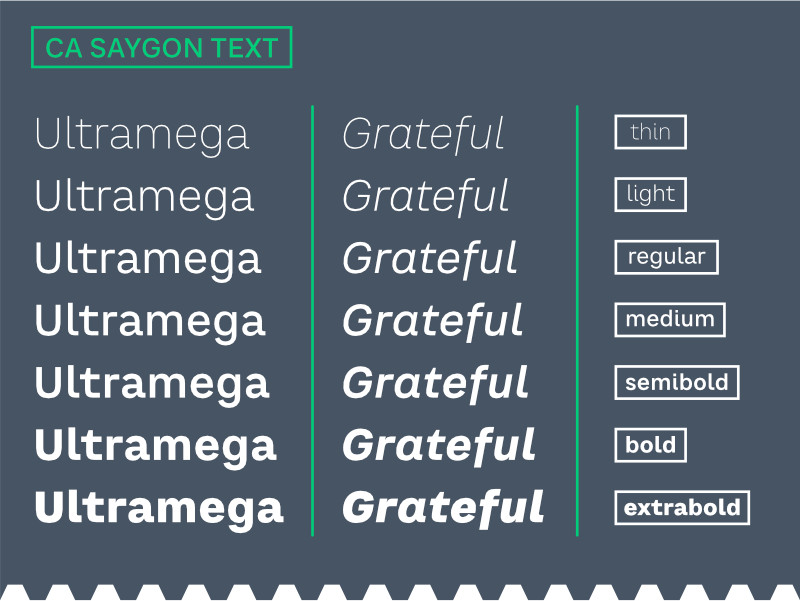 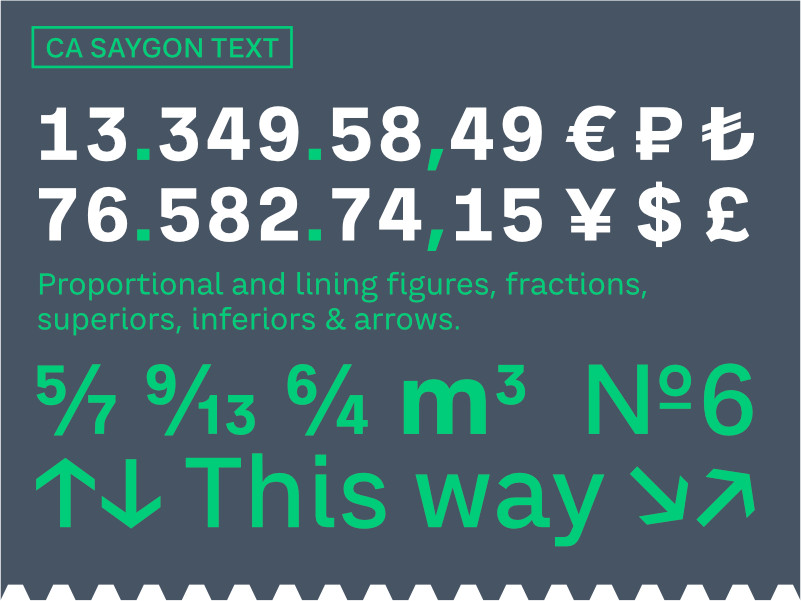 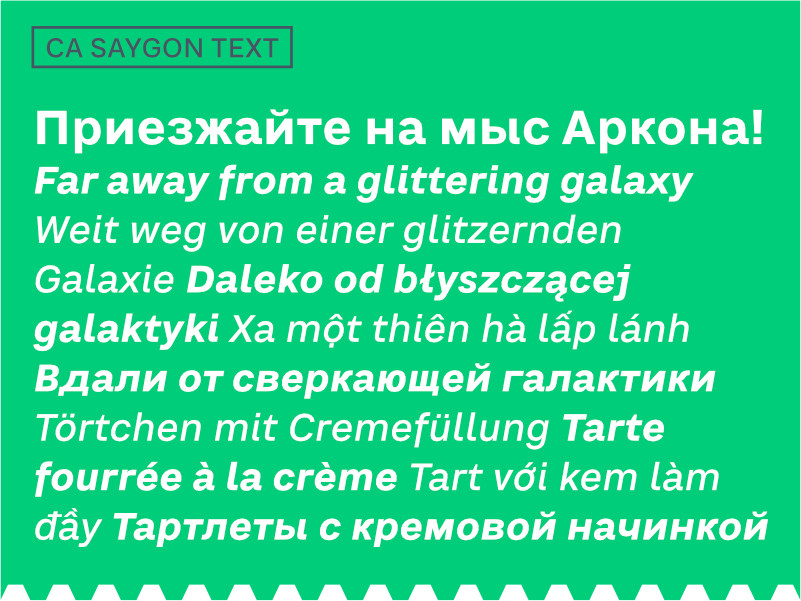 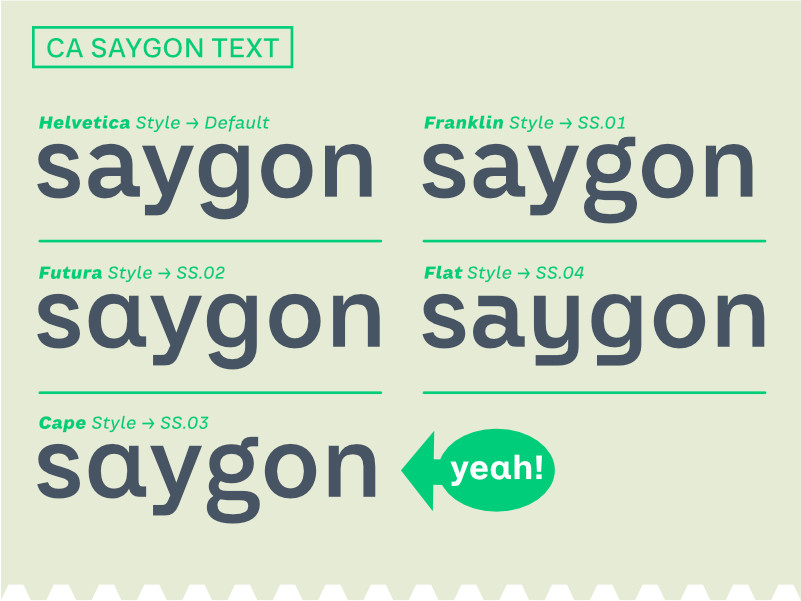