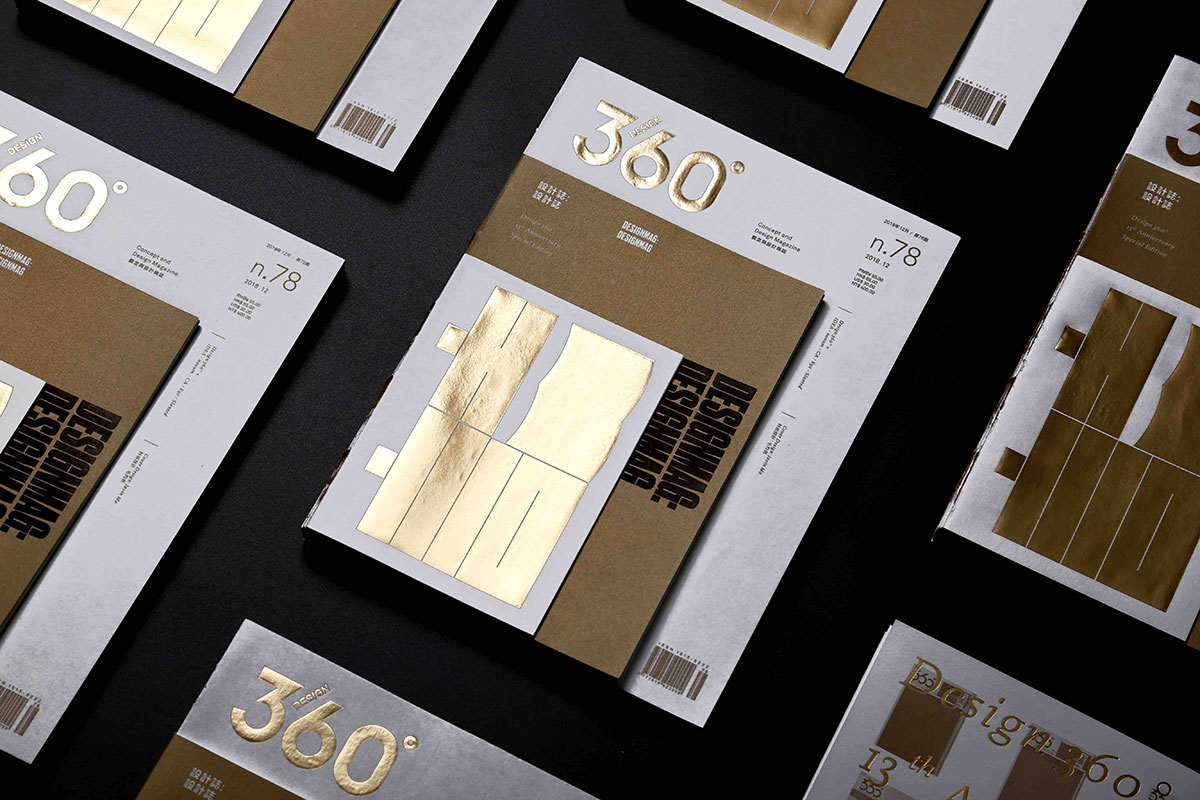 For the first time in 13 years, one of the most influential design magazines from Asia, Design 360°, launched its special edition DESIGNMAG: DESIGNMAG on occasion of its 13th anniversary. During this time, it went through three phases of cover and editorial redesigns. Today, in the 21st century, new disciplines, new media, new culture, and new objects are continually evolving as well as developing, and so should magazines do: to everlastingly explore, to experiment, to go behind limitations, and to convey comprehensive experiences of design.

In this anniversary issue they invited five of the globally renowned magazines, namely IDEA, novum, Communication Arts, Eye, and Slanted, to join the issue in conversations, and to reminisce their history. We feel very honored to be among these great publications with an interview of Julia Kahl and with some comments about Slanted magazine from Verena Gerlach, Dermot Mac Cormack, and Magdalena Frankowska.

This is the first special edition of Design 360° in 13 years, the first issue to discuss such similar topics, and, more importantly, a milestone attempt for Design 360°. Design 360° will keep its fresh, bold, and edgy essence, to present design comprehensively and will grow together with readers. 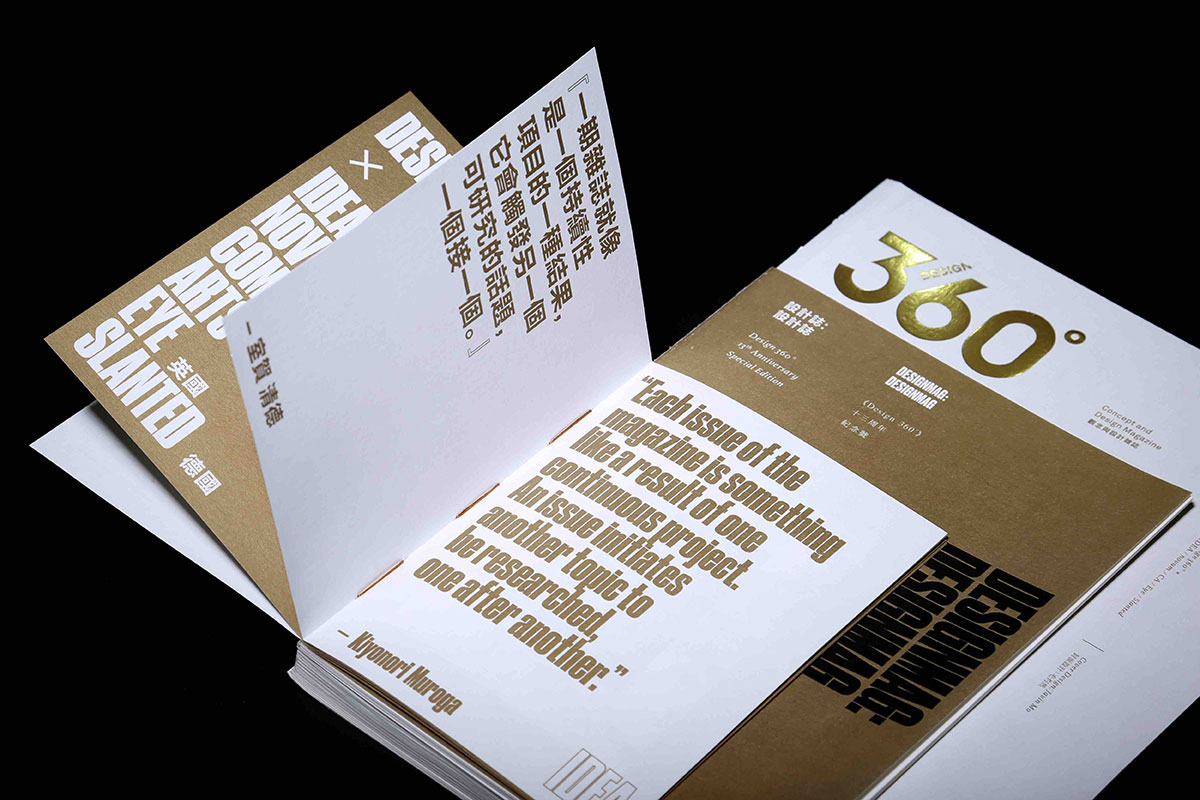 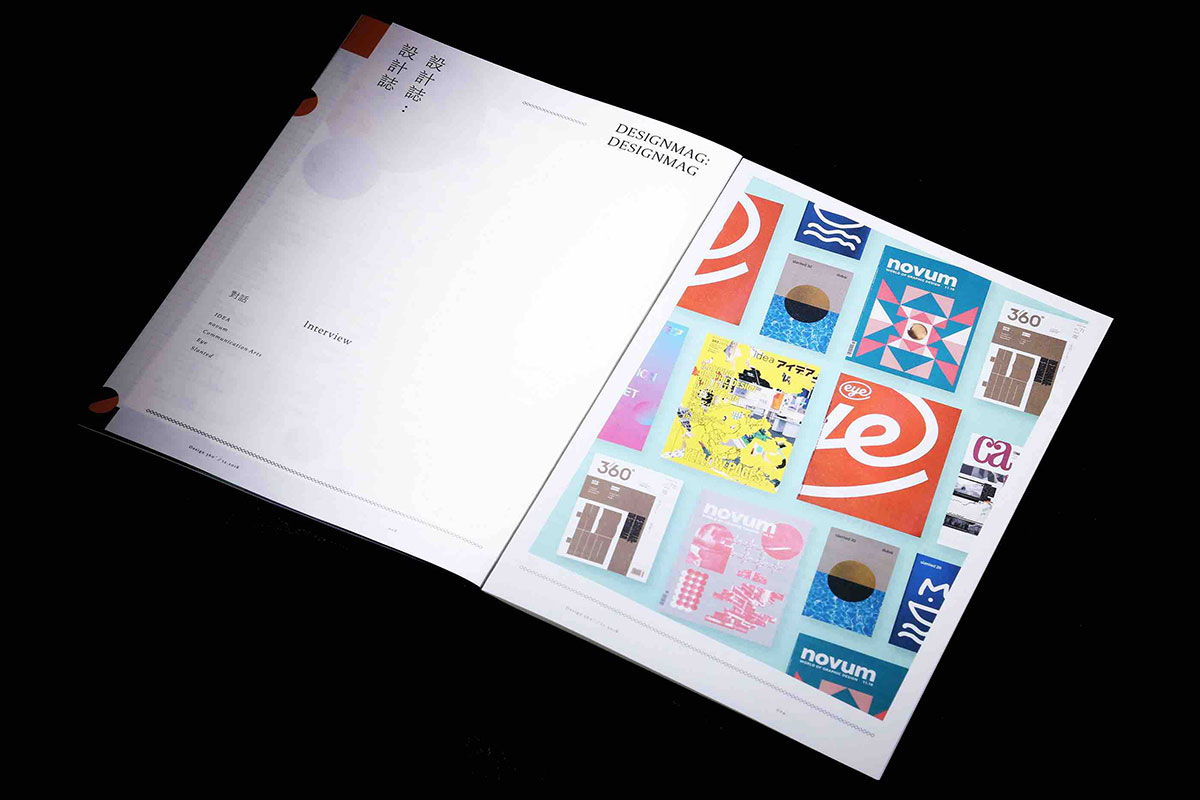 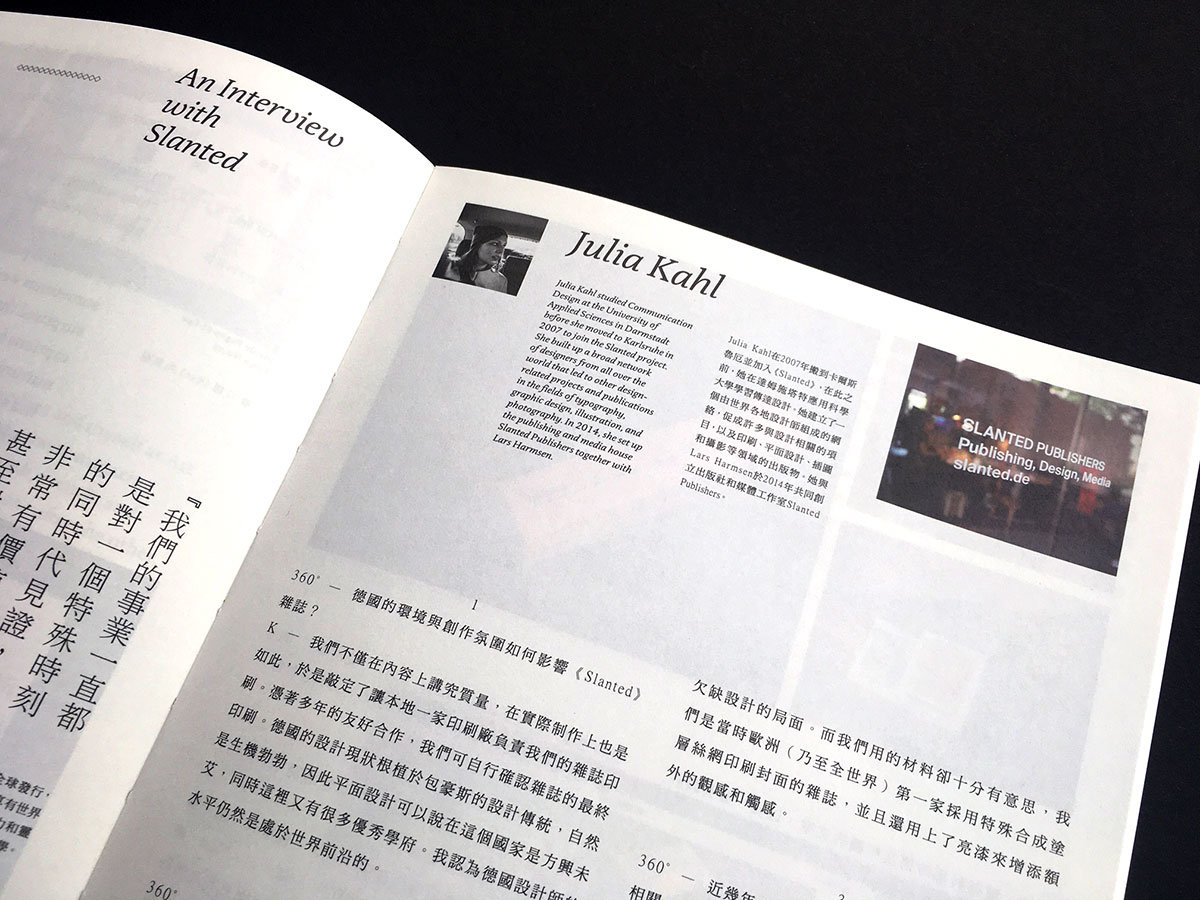 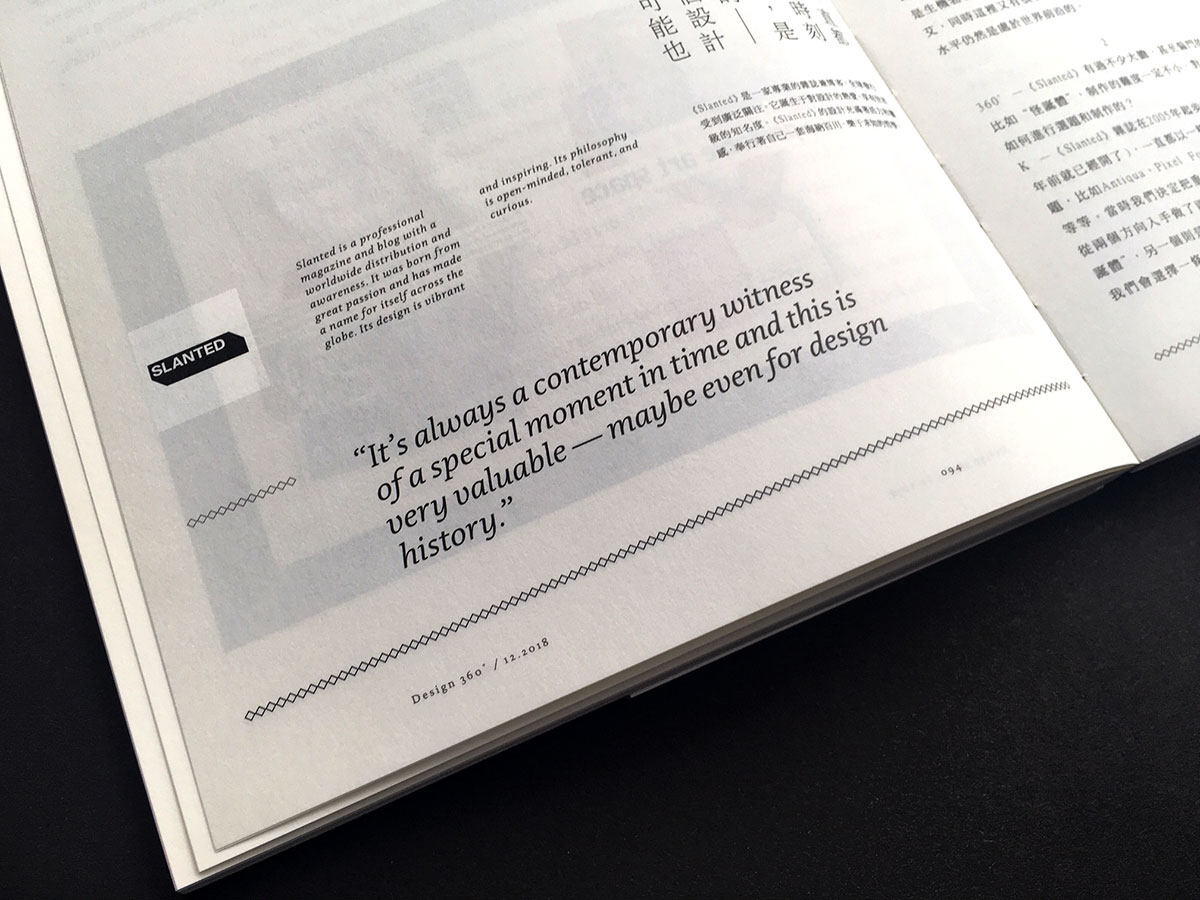 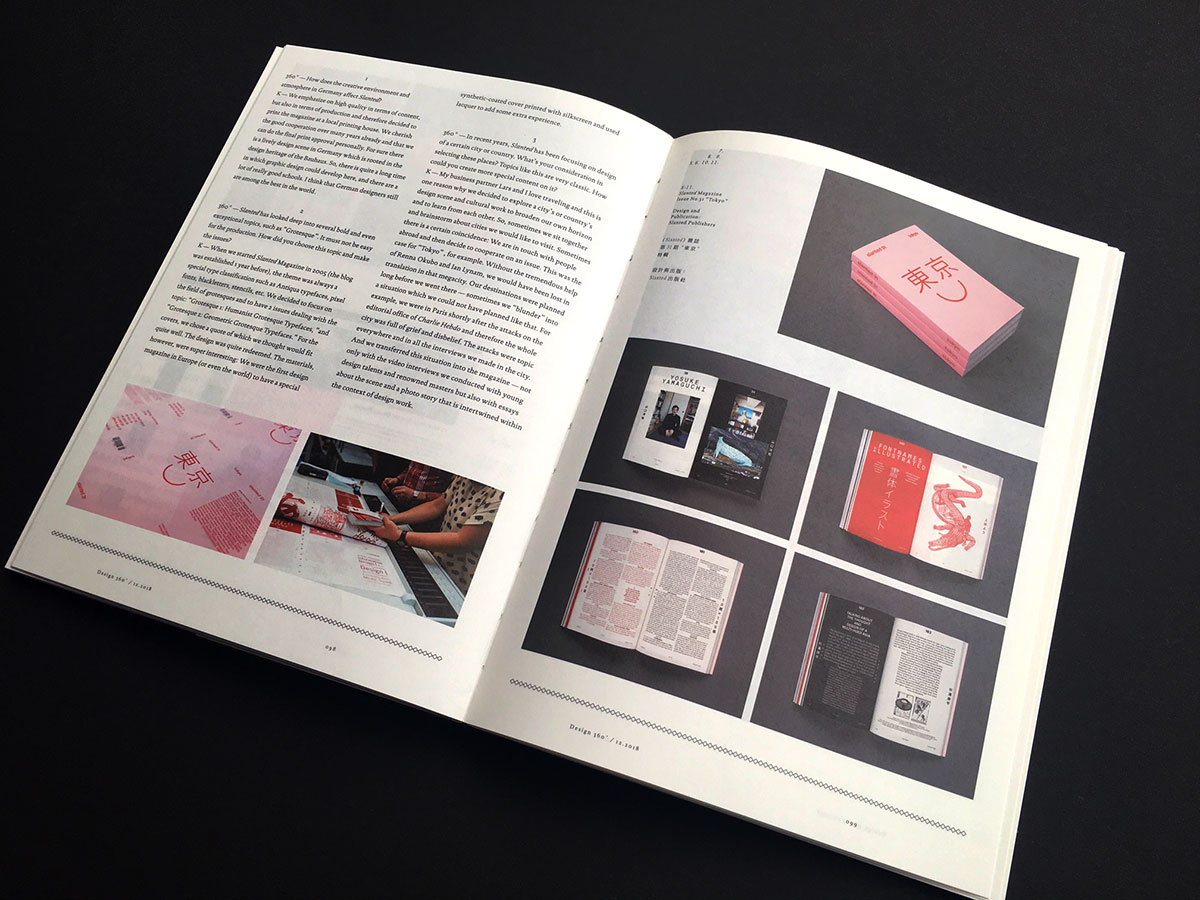 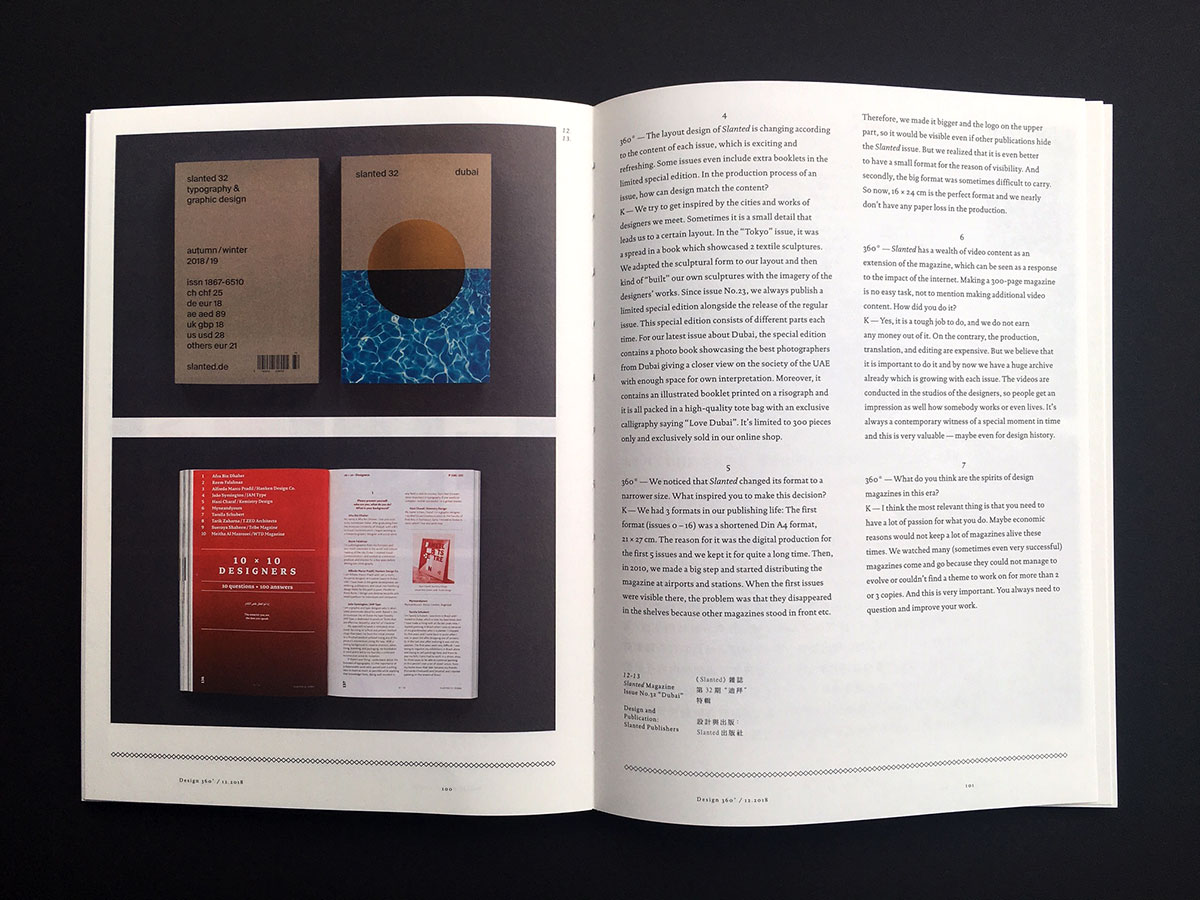 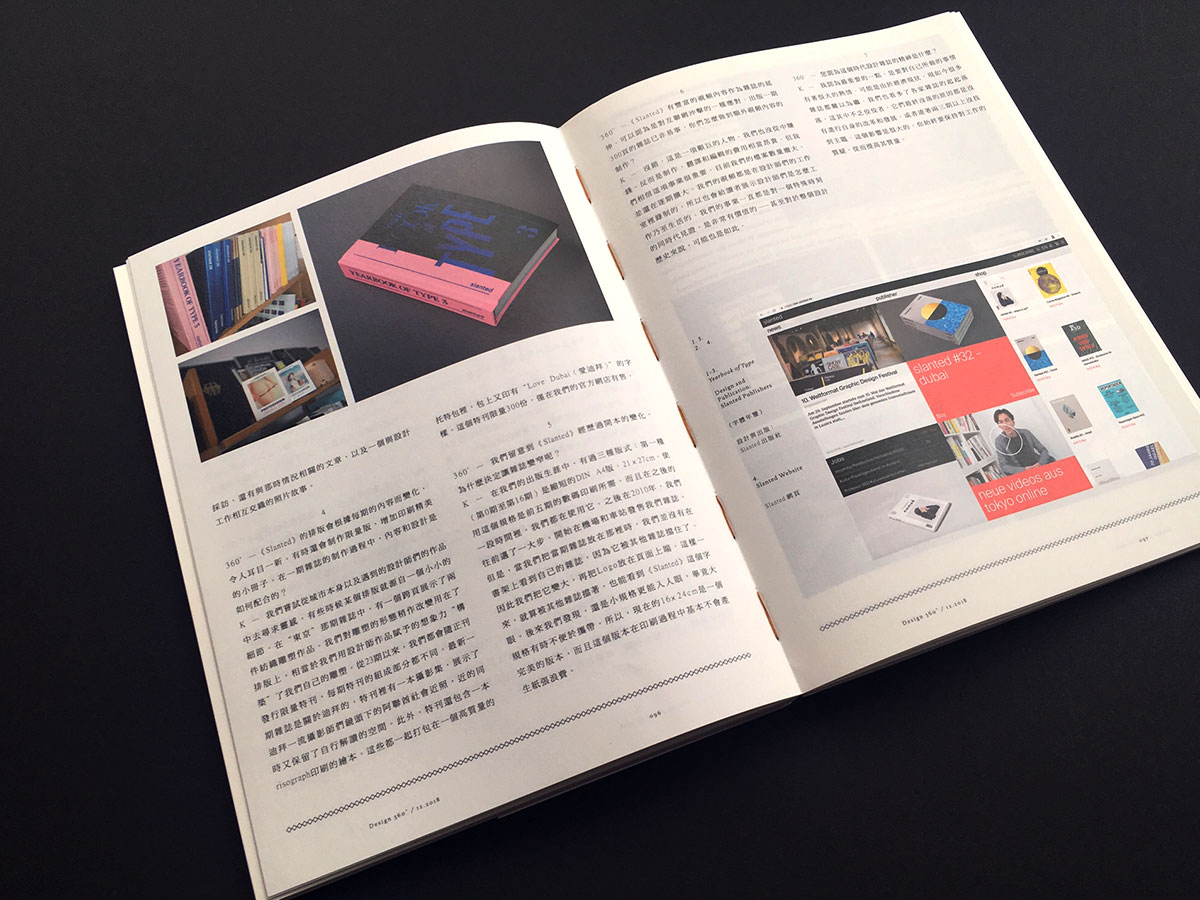 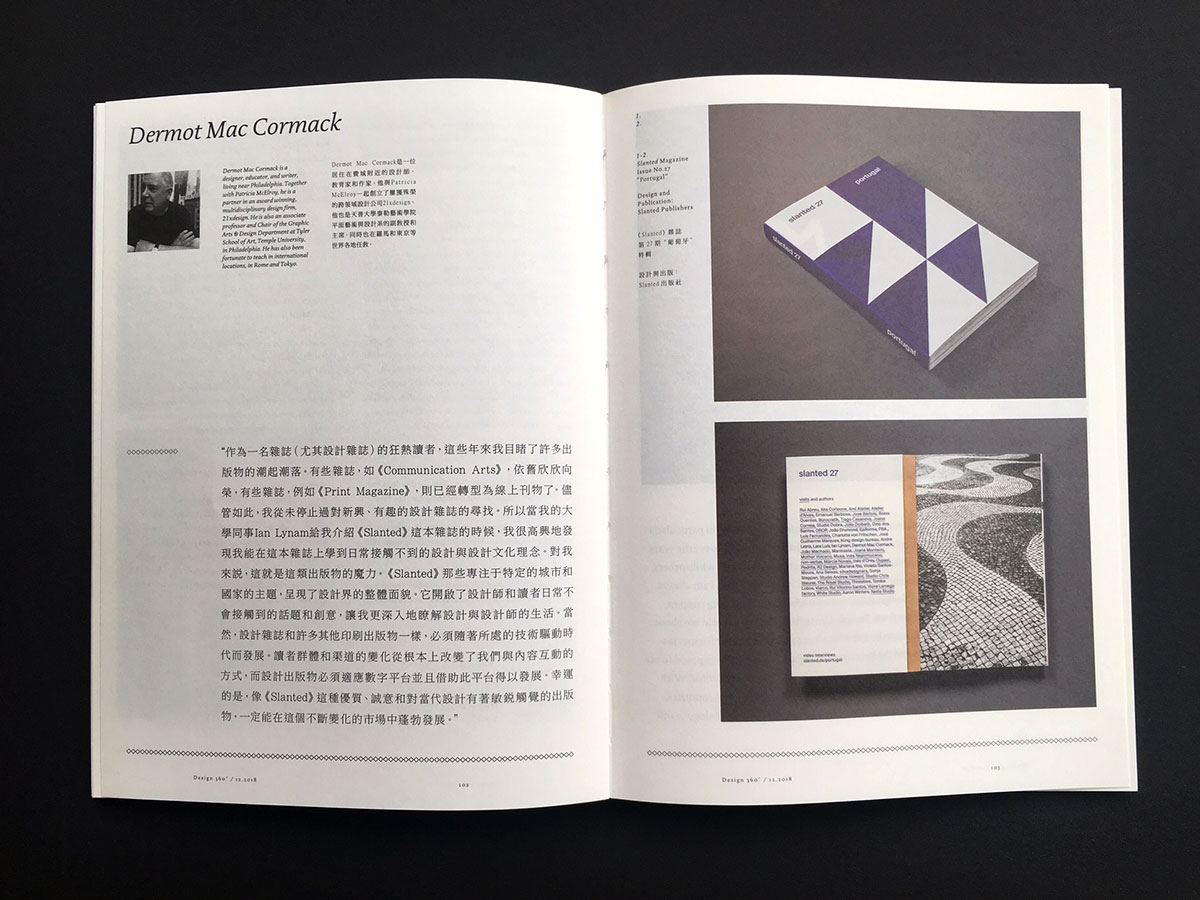 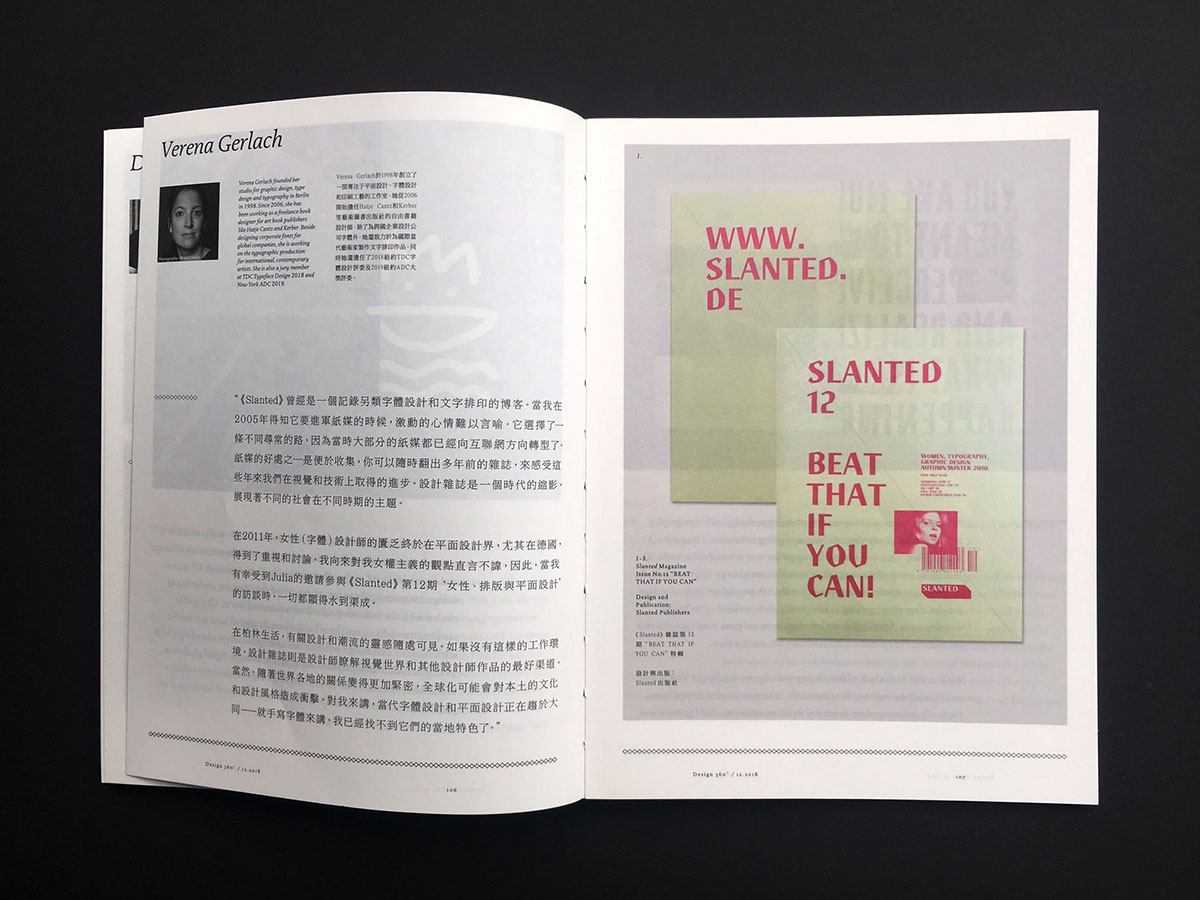 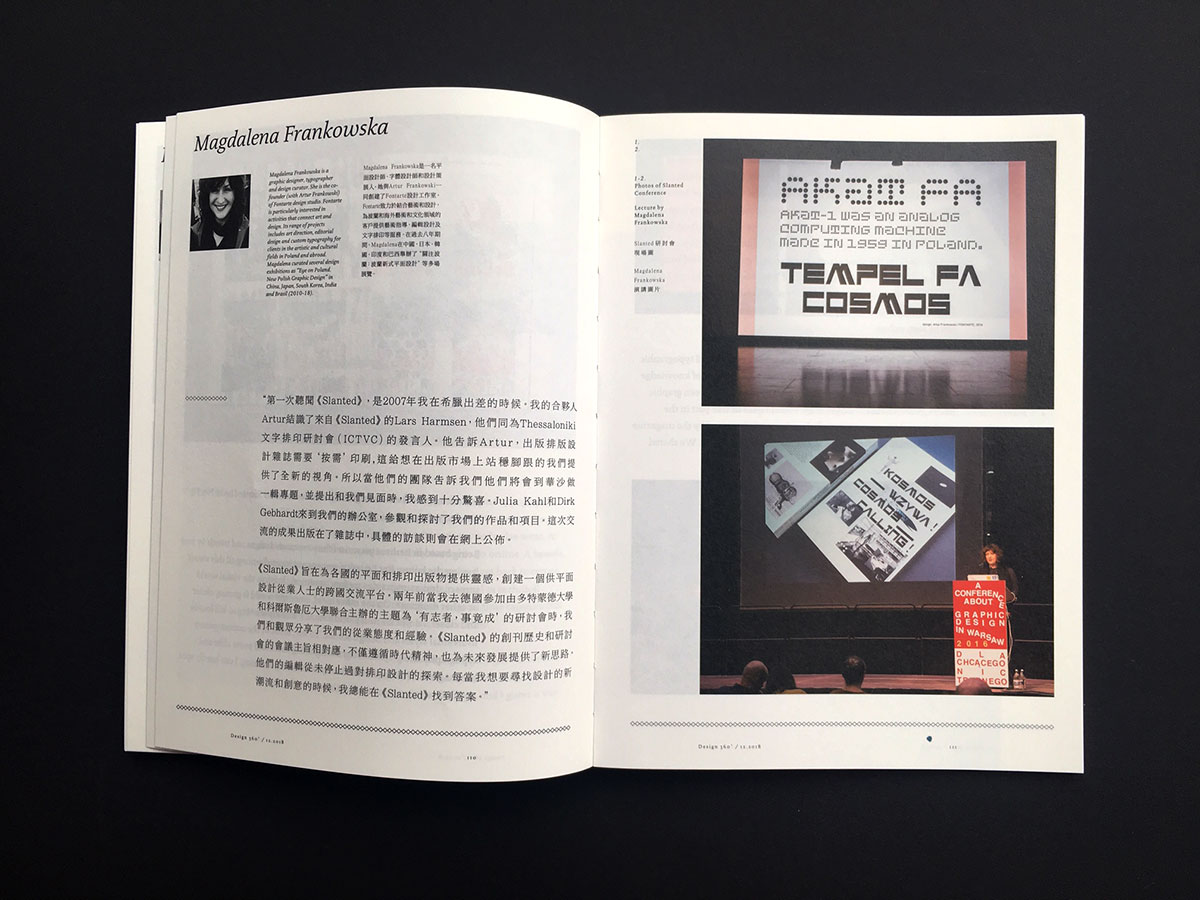 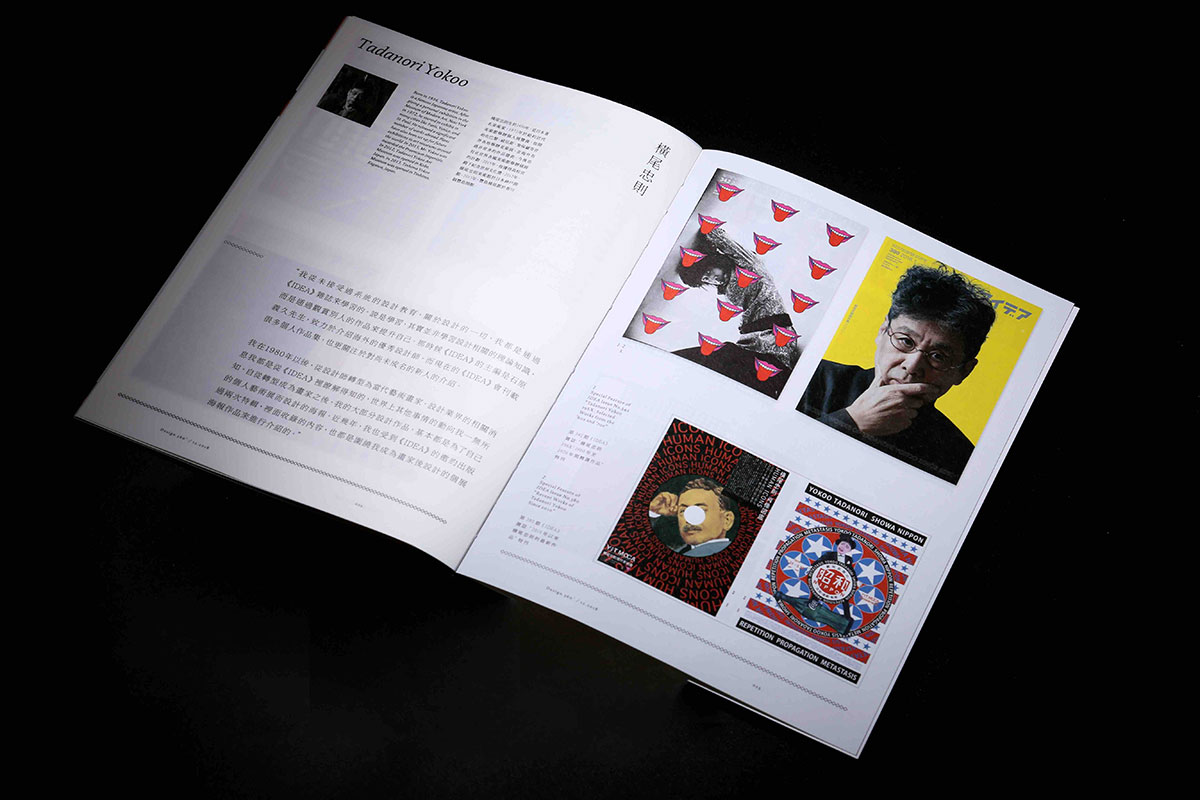 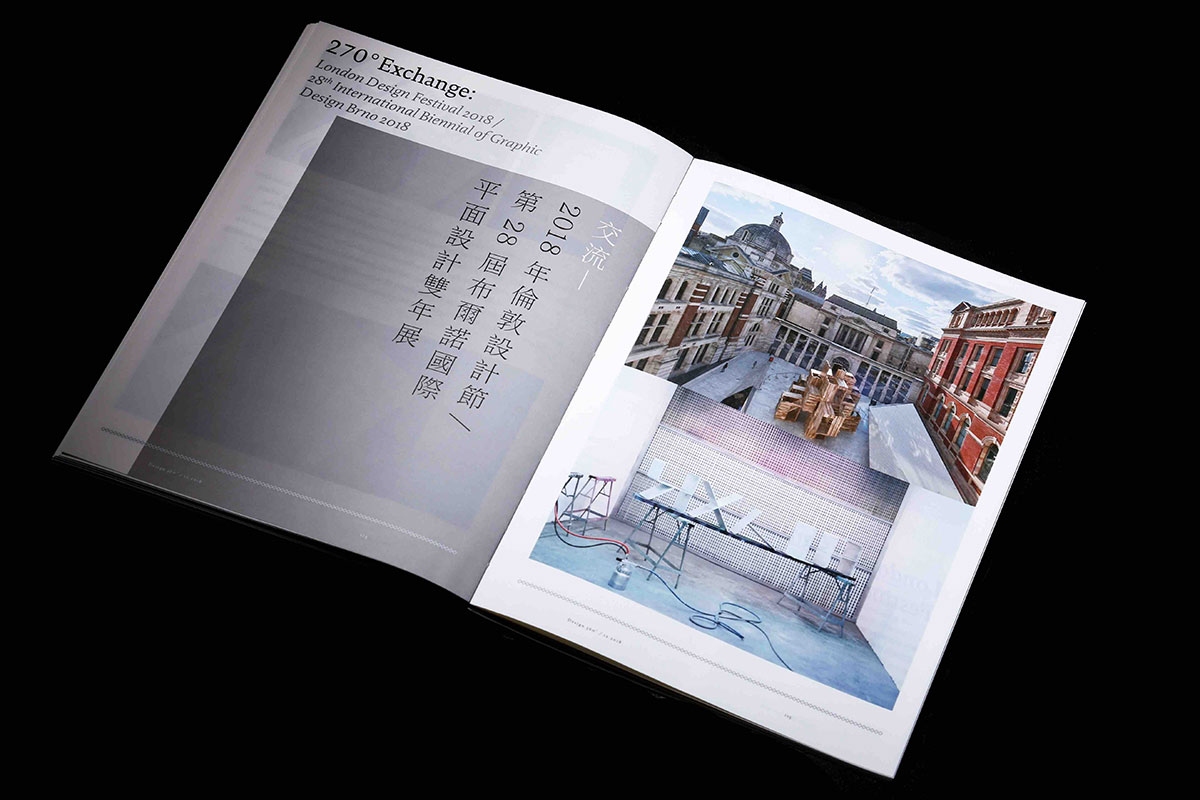 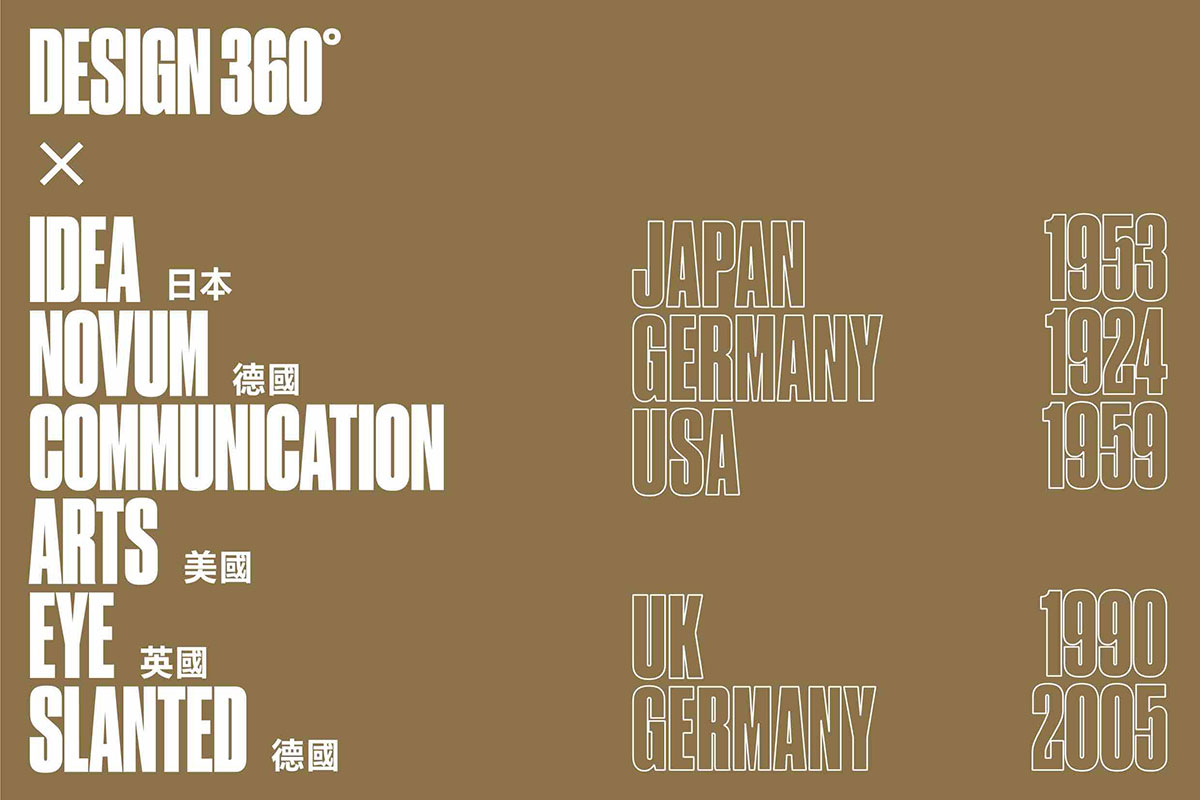 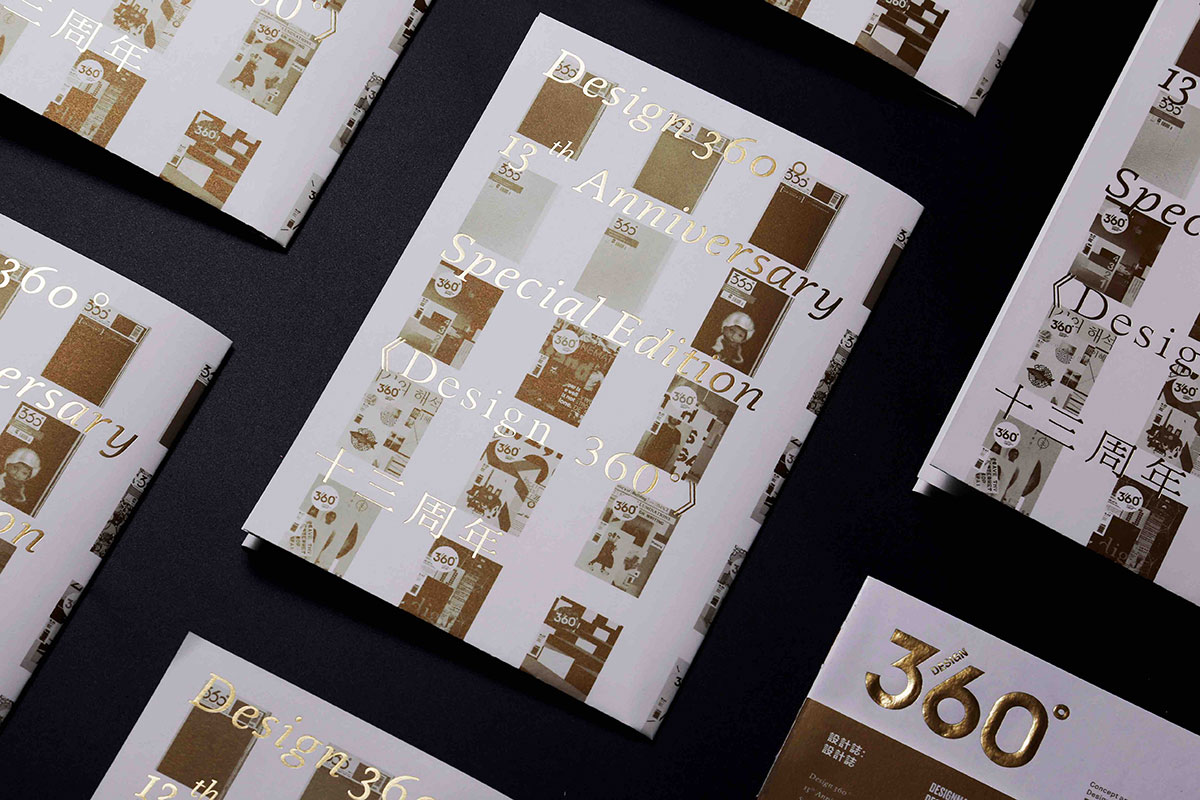