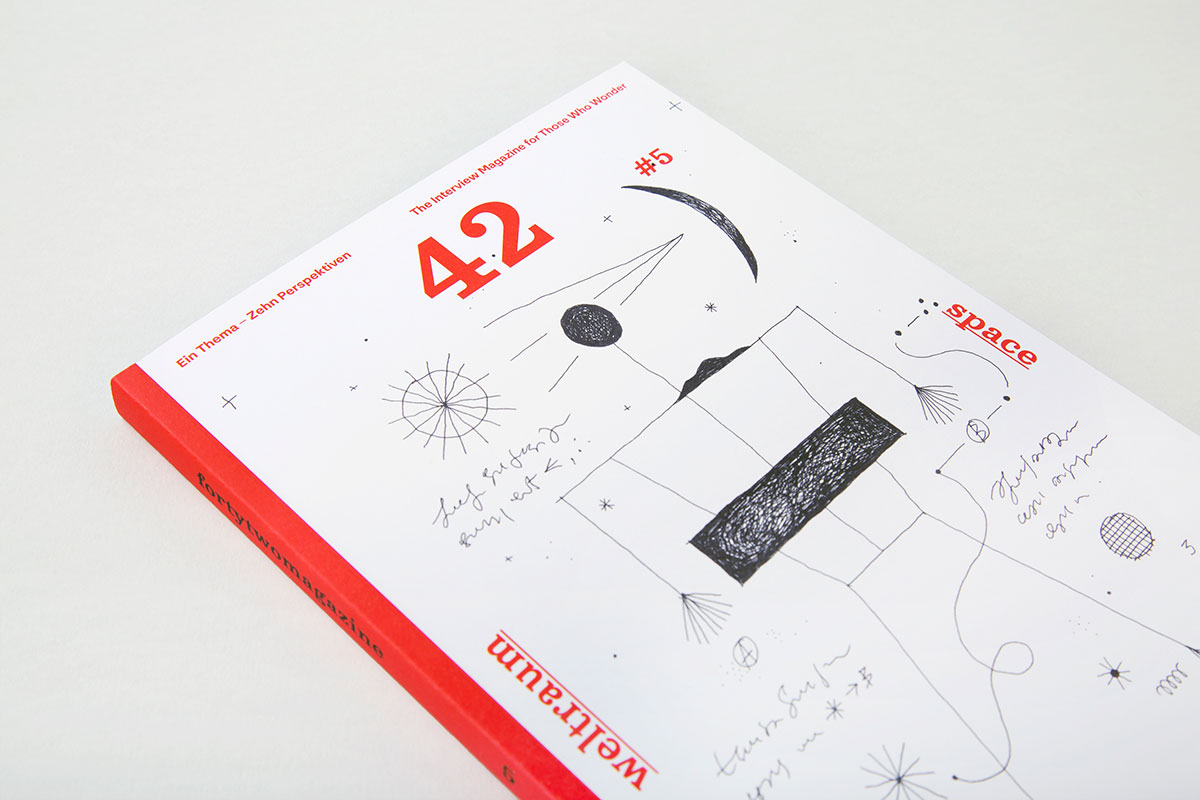 The Interview Magazine for Those Who Wonder

Where does the universe begin, where does it end? Imagining these dimensions is no easy task. However, the fortytwomagazine #5—space tries to figure that out, because the universe does not only offer place for speculations about extraterrestrial life or romantic dreams with the view into the starlit sky. Even if it feels far away, it has a direct influence on our lives.

As in every issue, they also illuminate ten different disciplines and thus ten perspectives. Among other things, the magazine deals with the problem of space debris, the role of government space agencies and the question of what it is like to live some 400 kilometers above the earth and to master everyday life in the International Space Station ISS in the most confined space. The works of the artist Protey Temen form an exciting interplay with the interesting interviews.

For this fifth issue, the fortytwo-team  has not only ventured into space in terms of content, but has also broken new ground here on Earth: fortytwomagazine #5 is now distributed by Slanted Publishers, an internationally oriented publishing house based in Germany, which is also responsible for the issue’s new design. 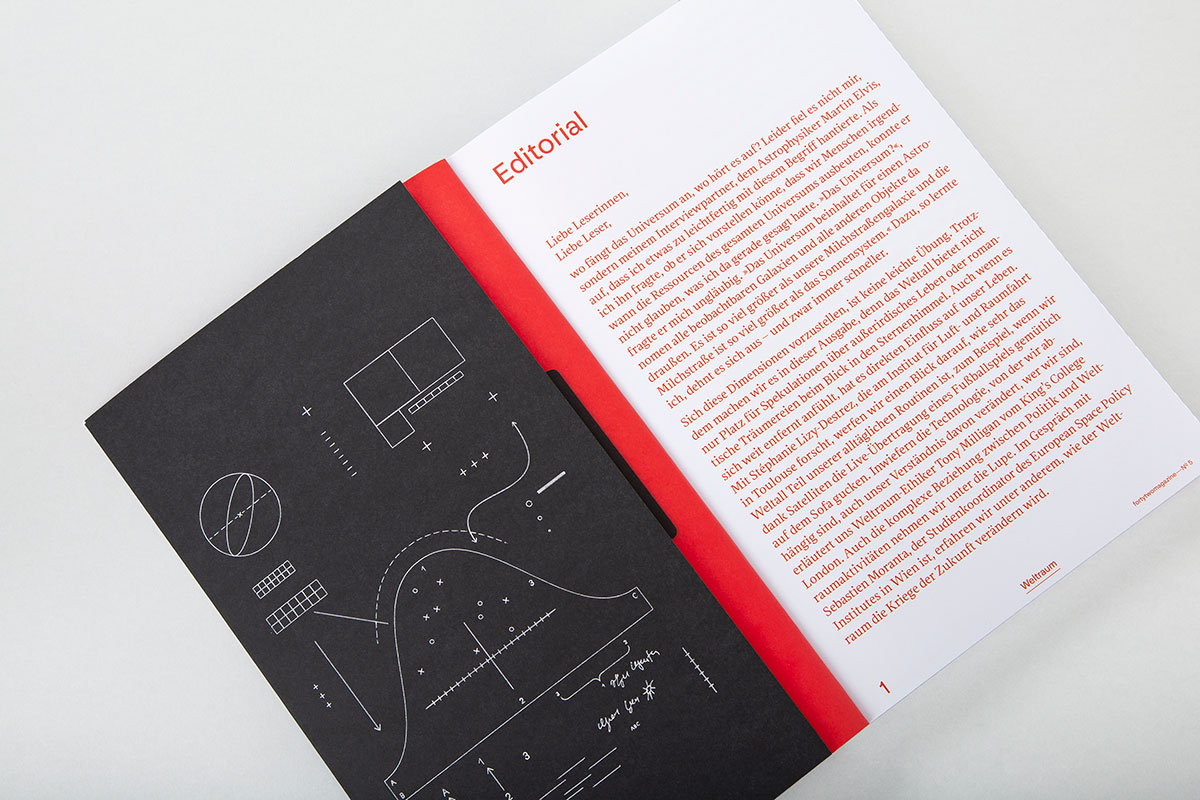 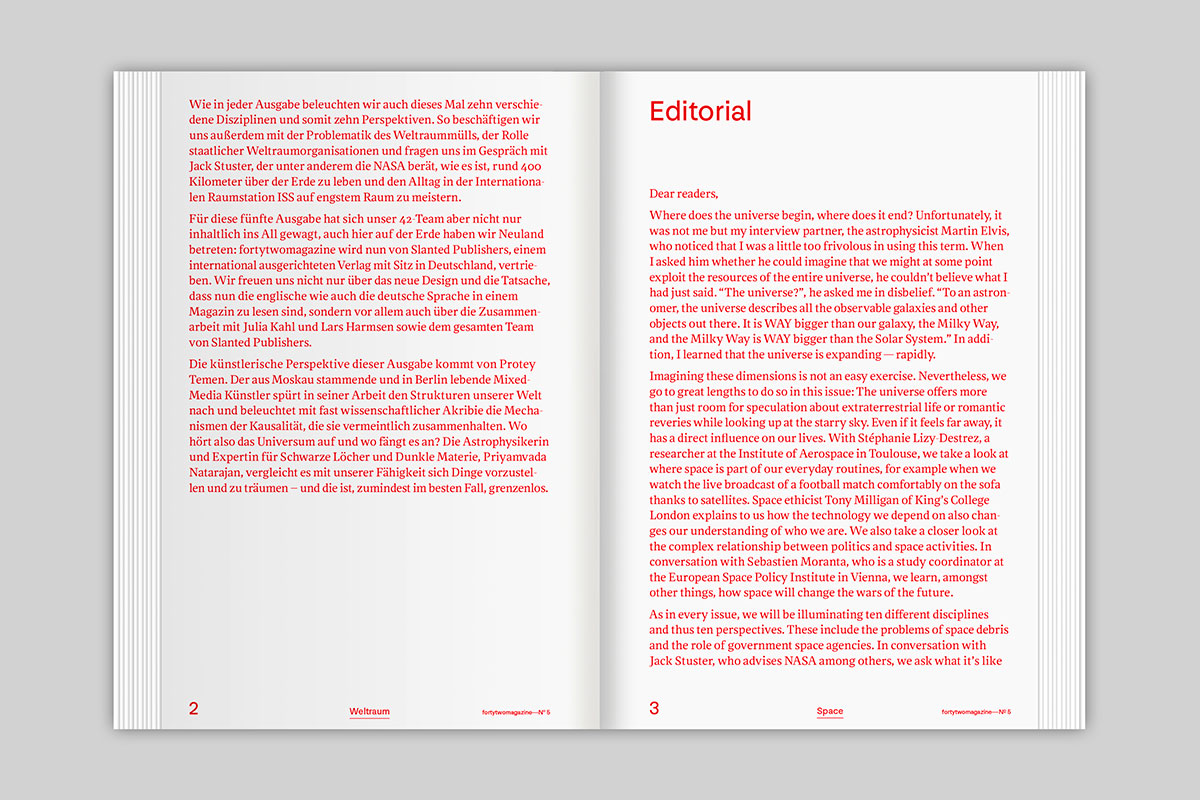 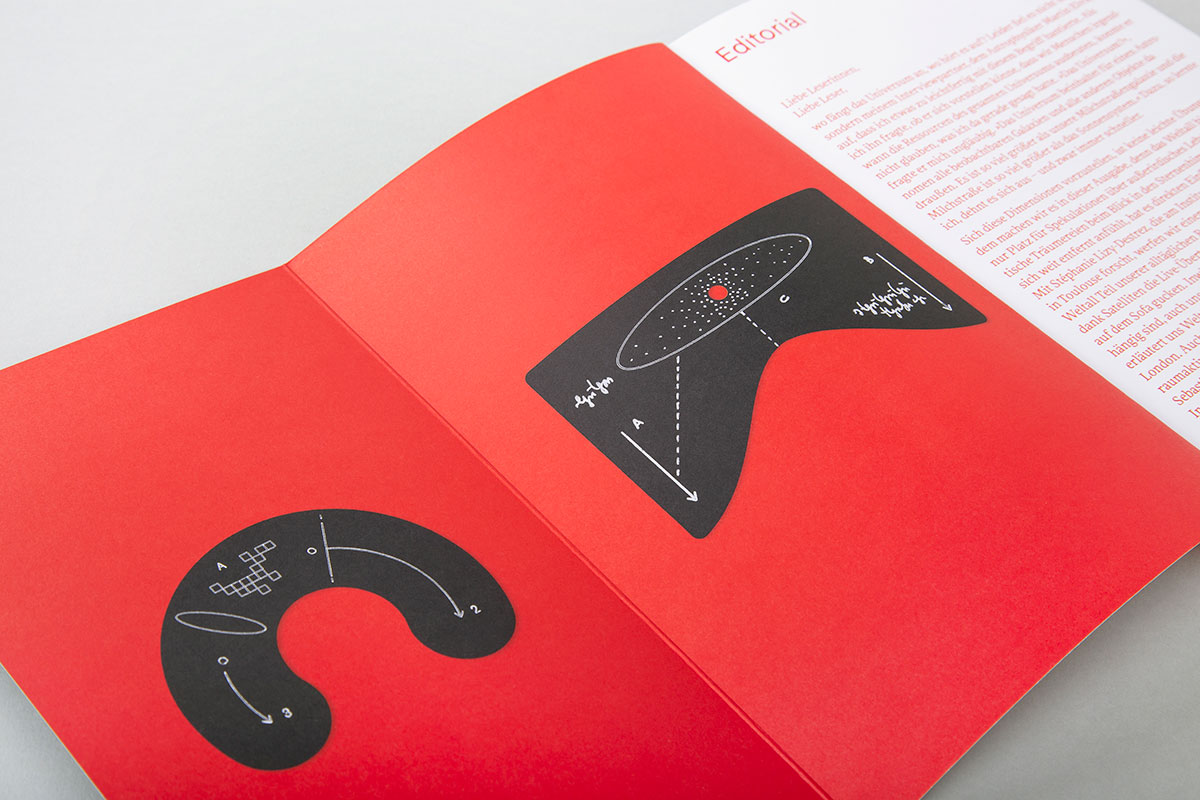 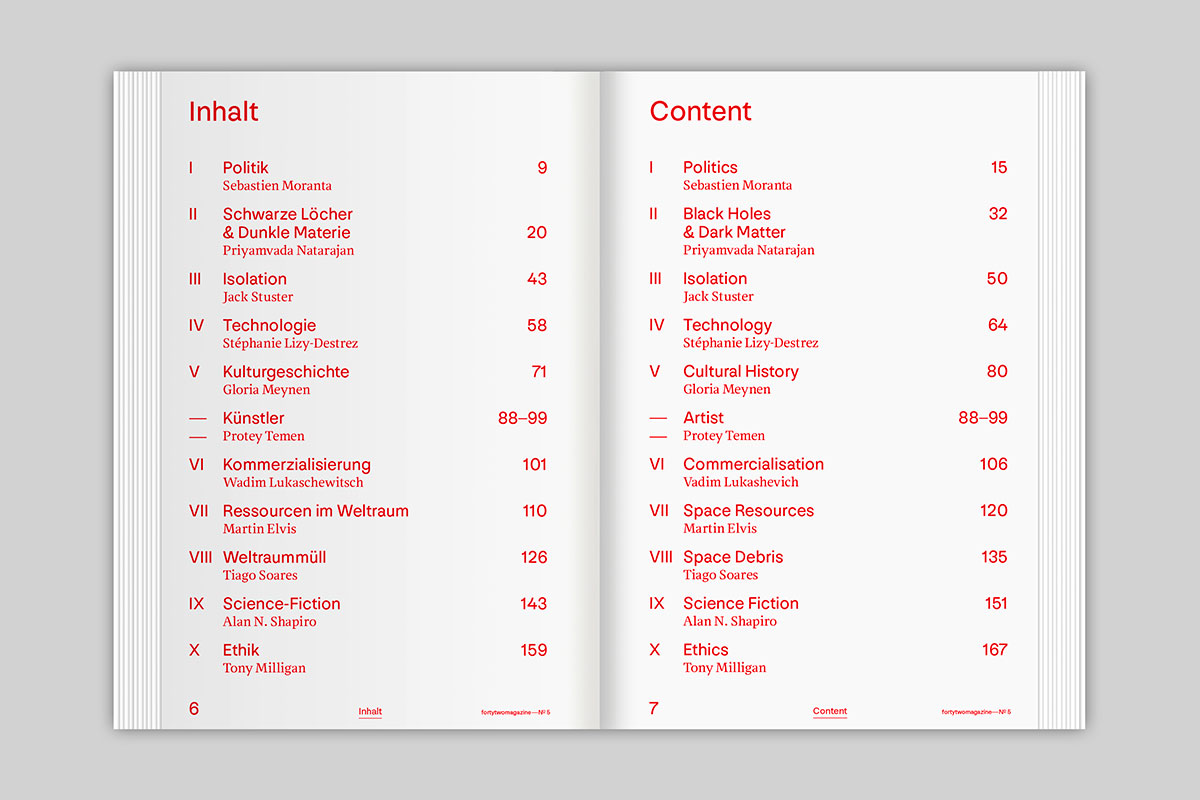 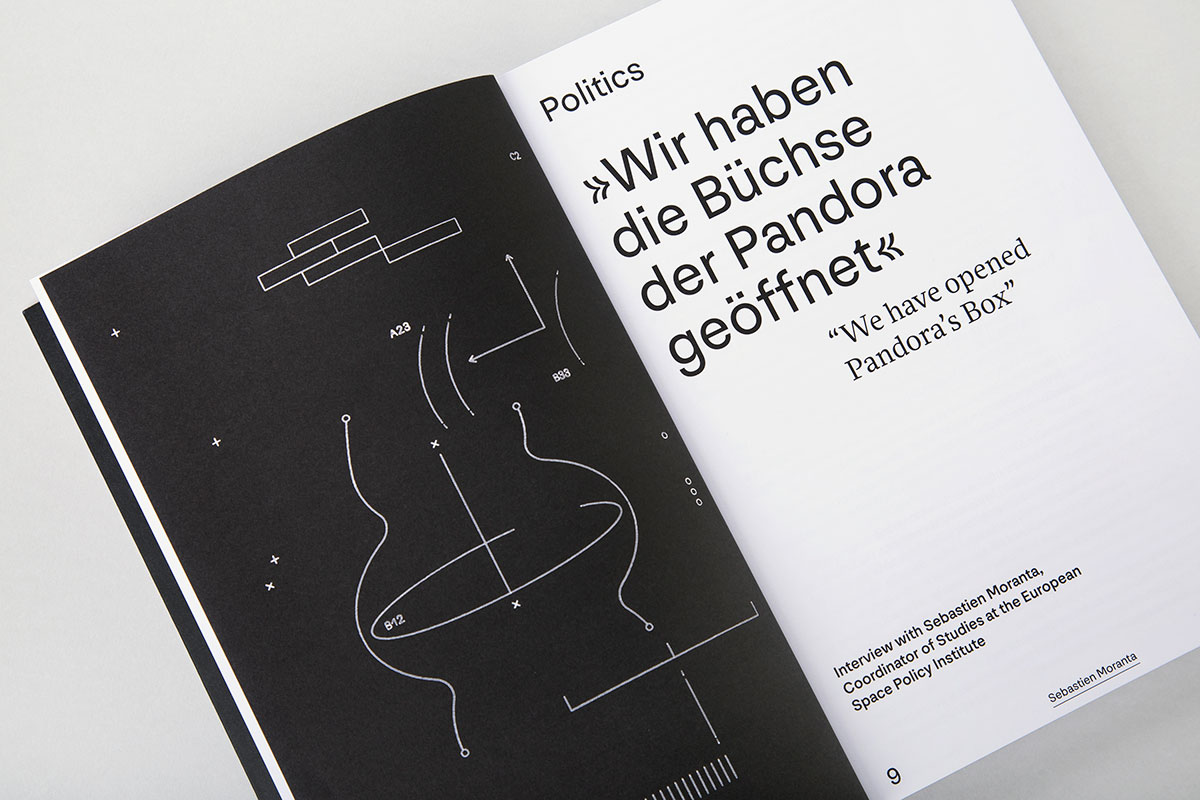 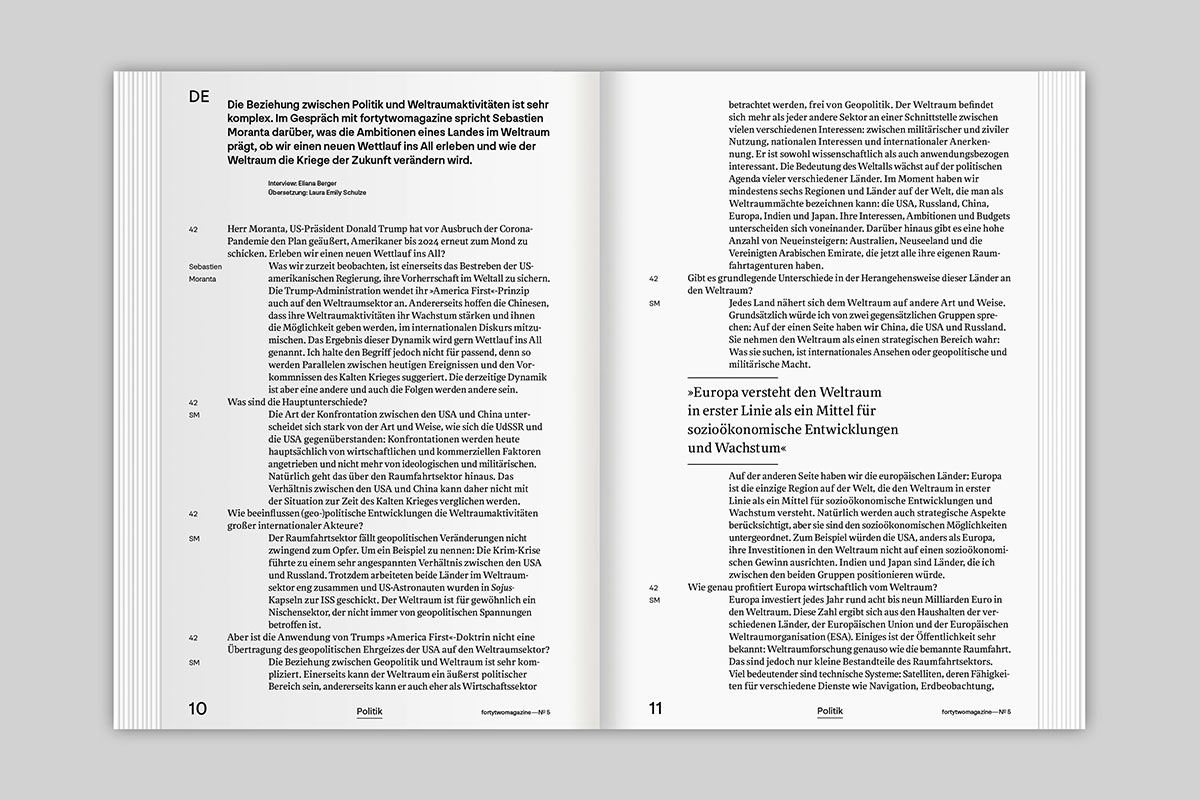 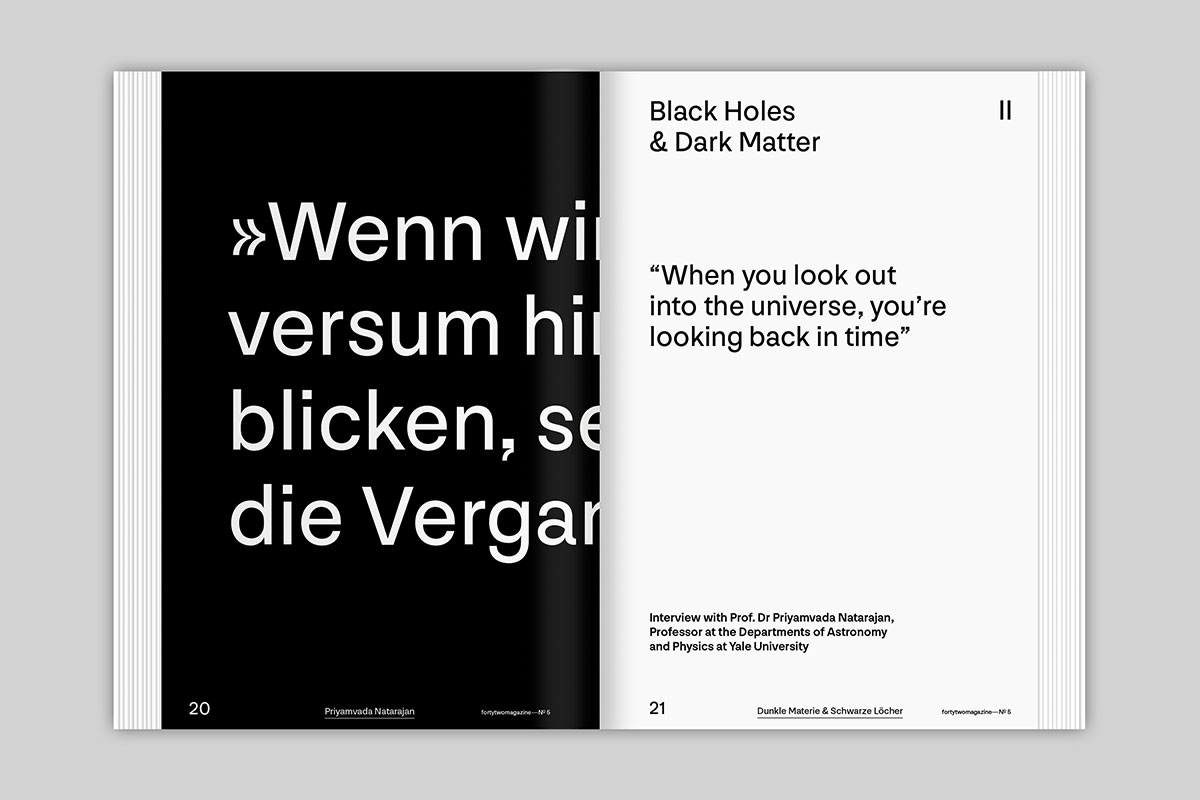 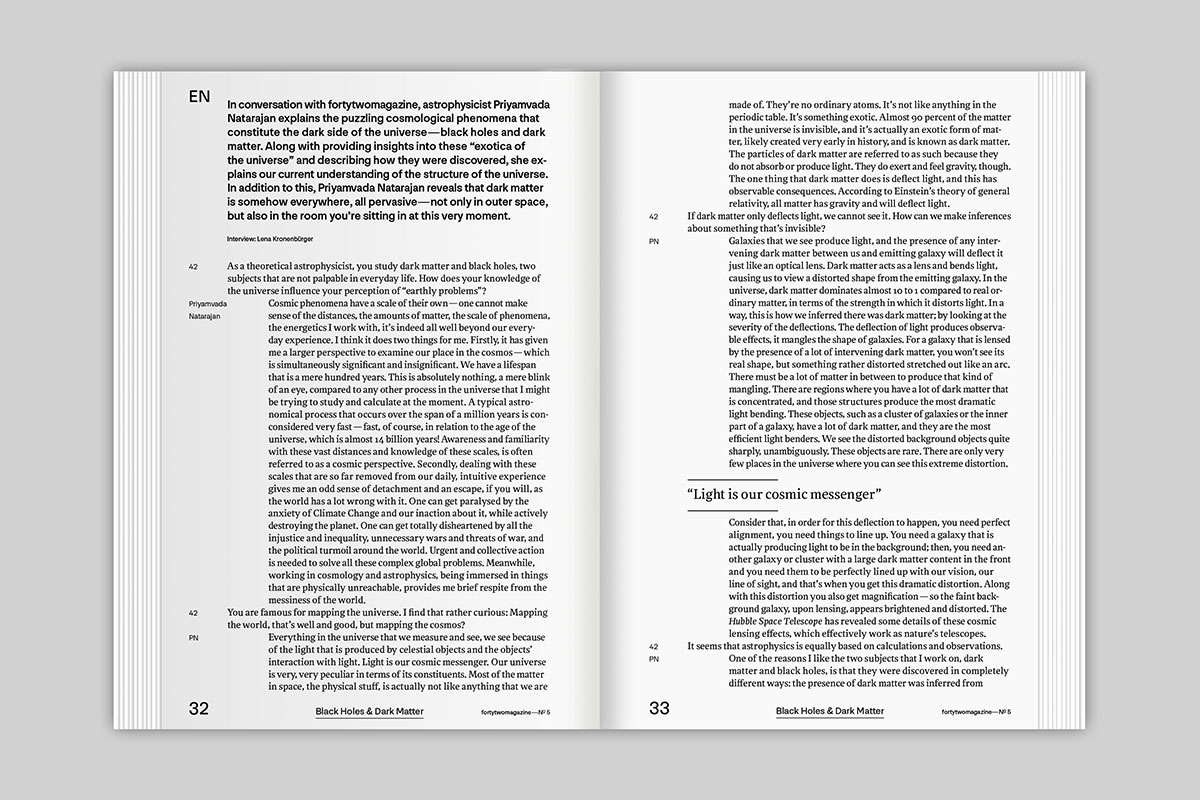 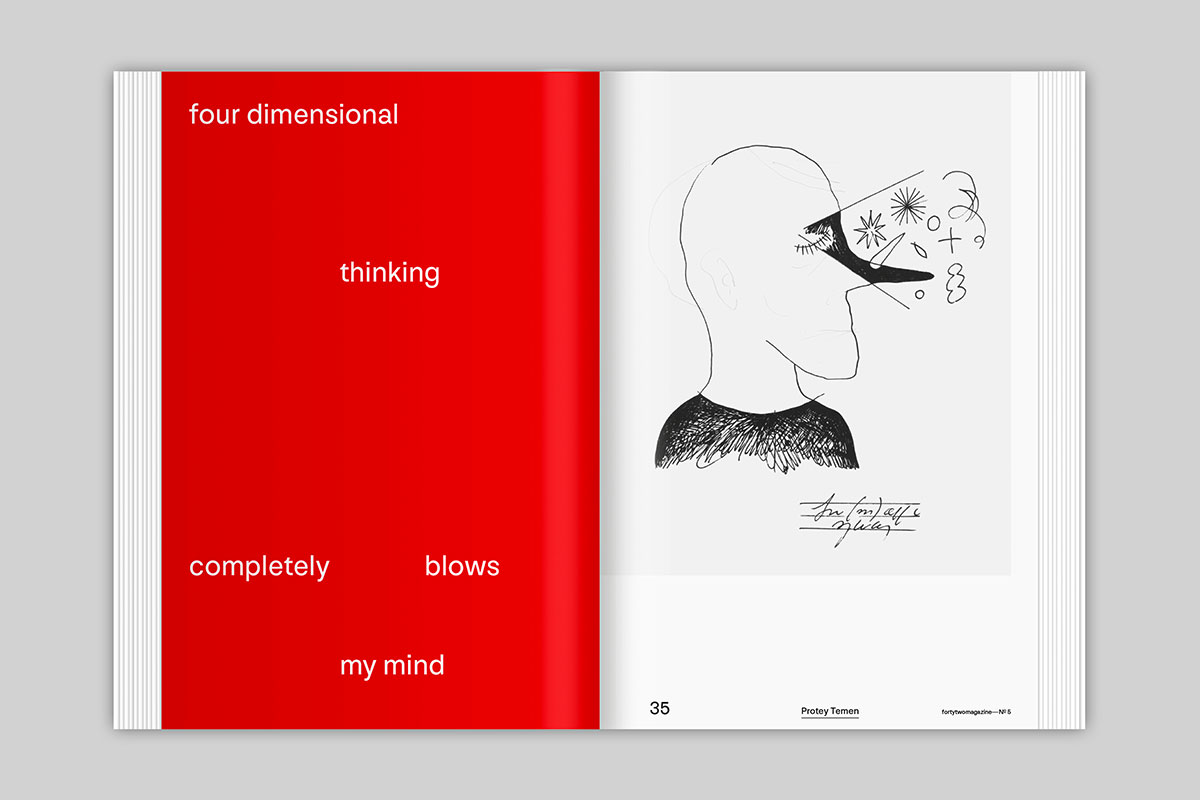 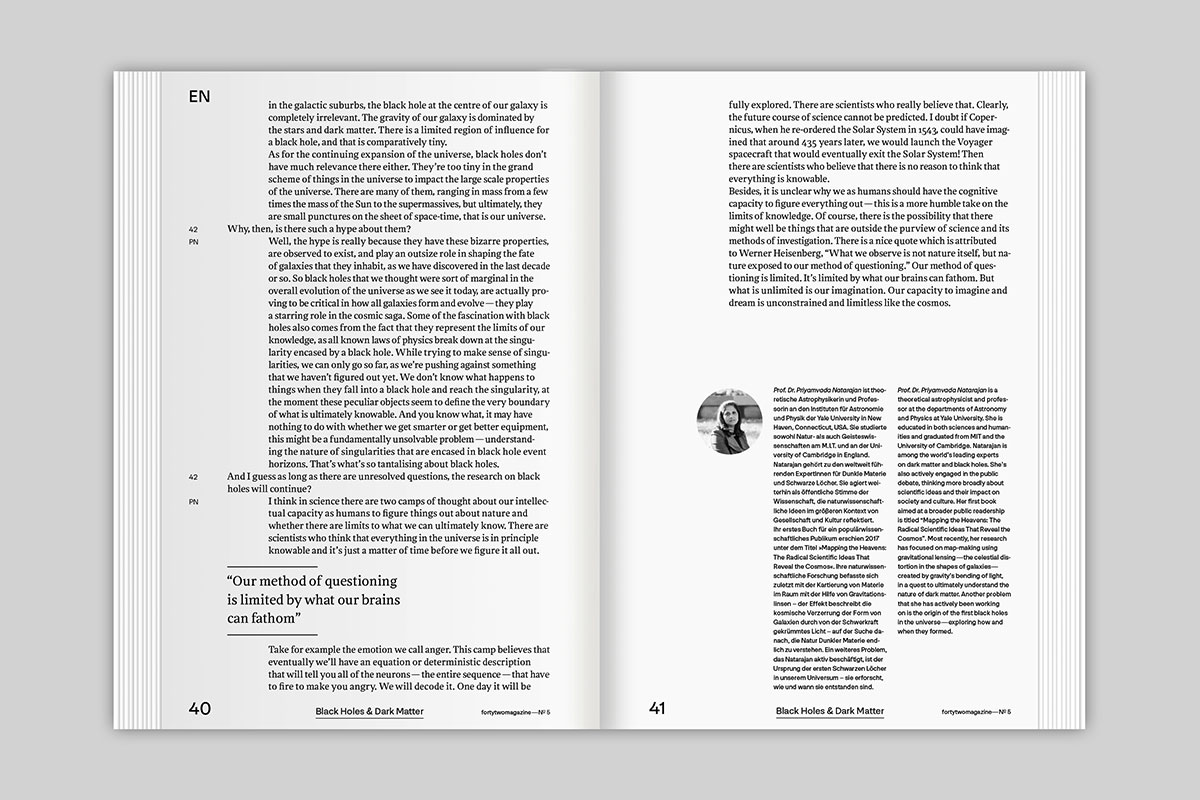 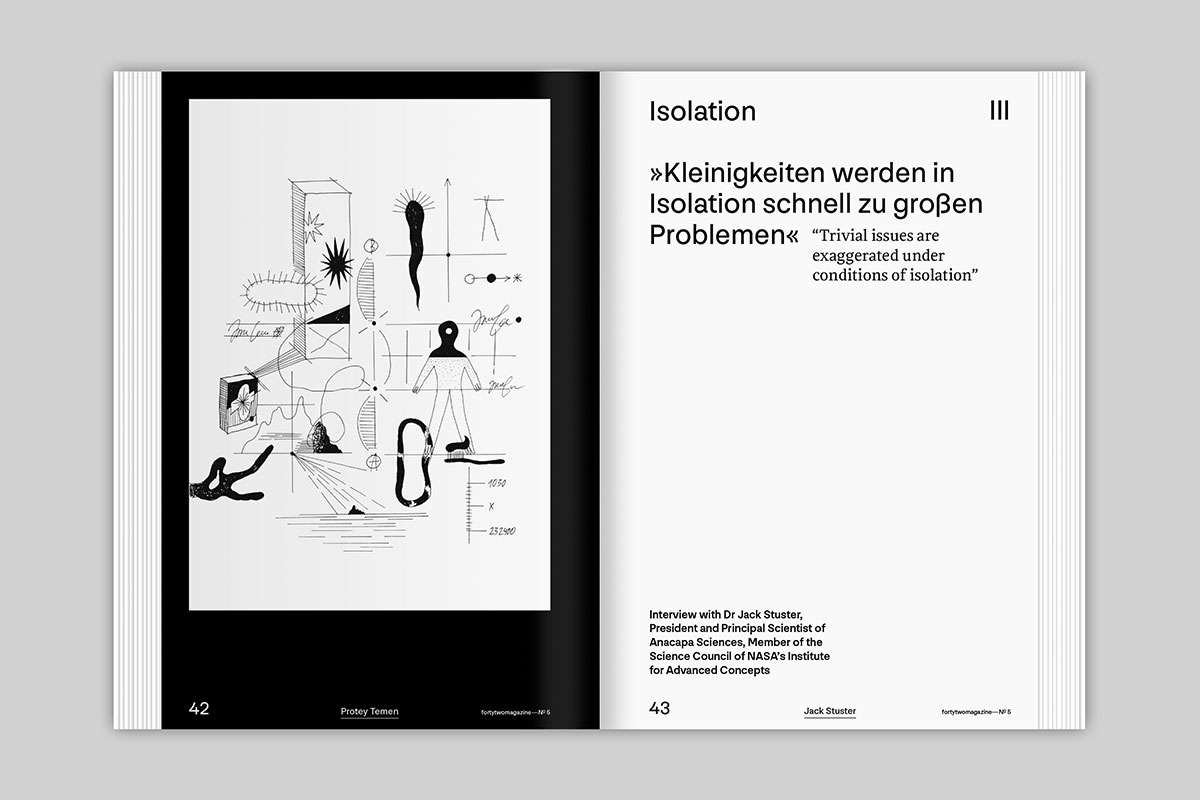 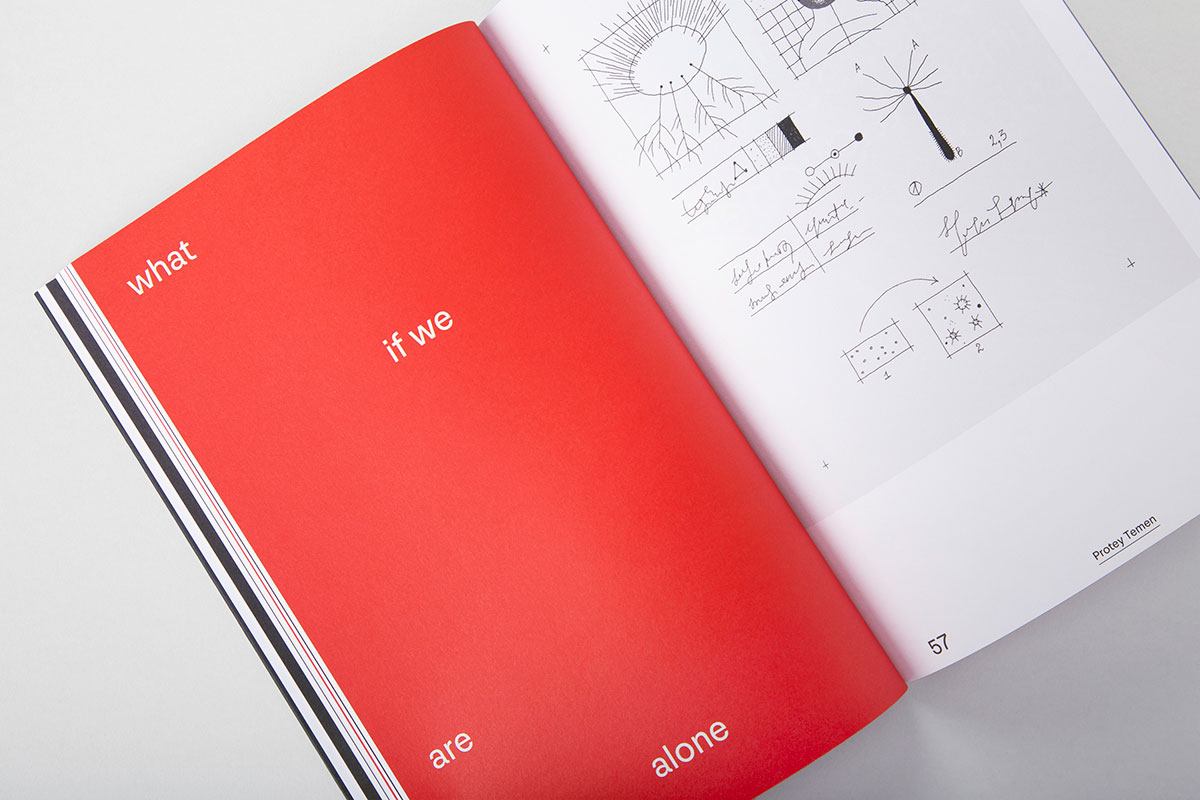 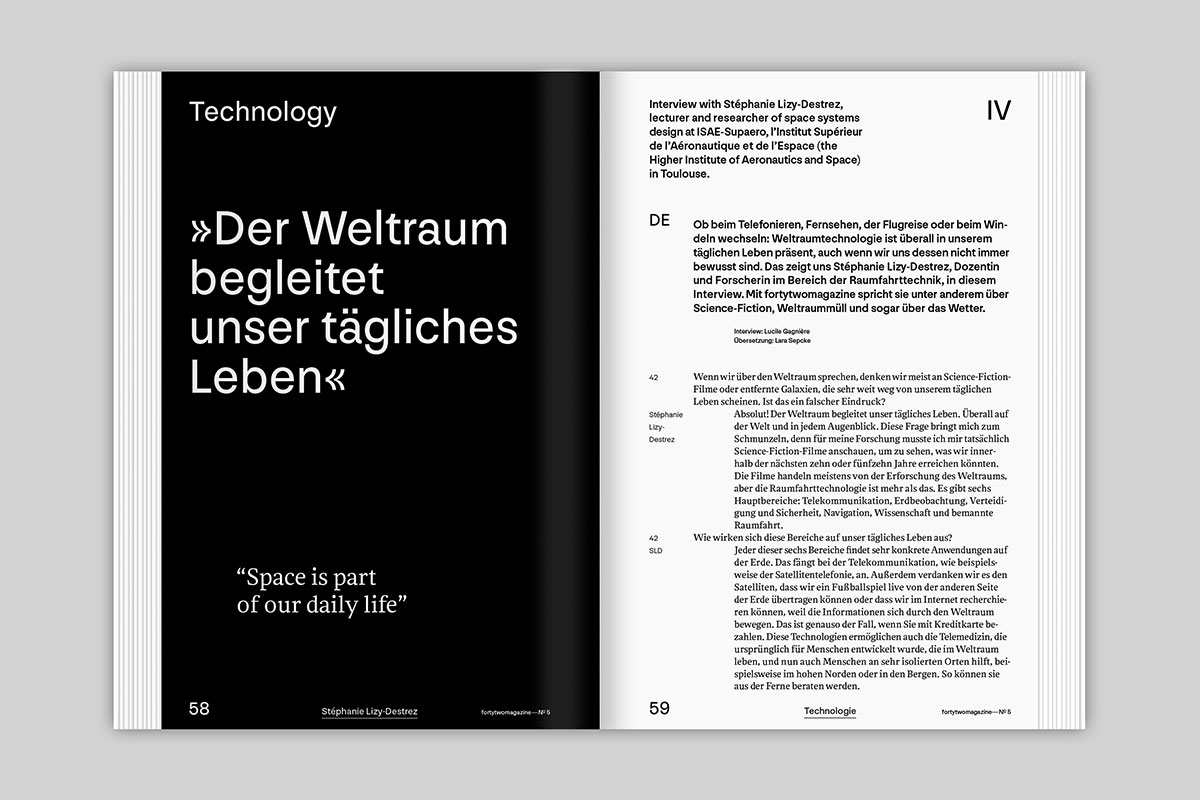 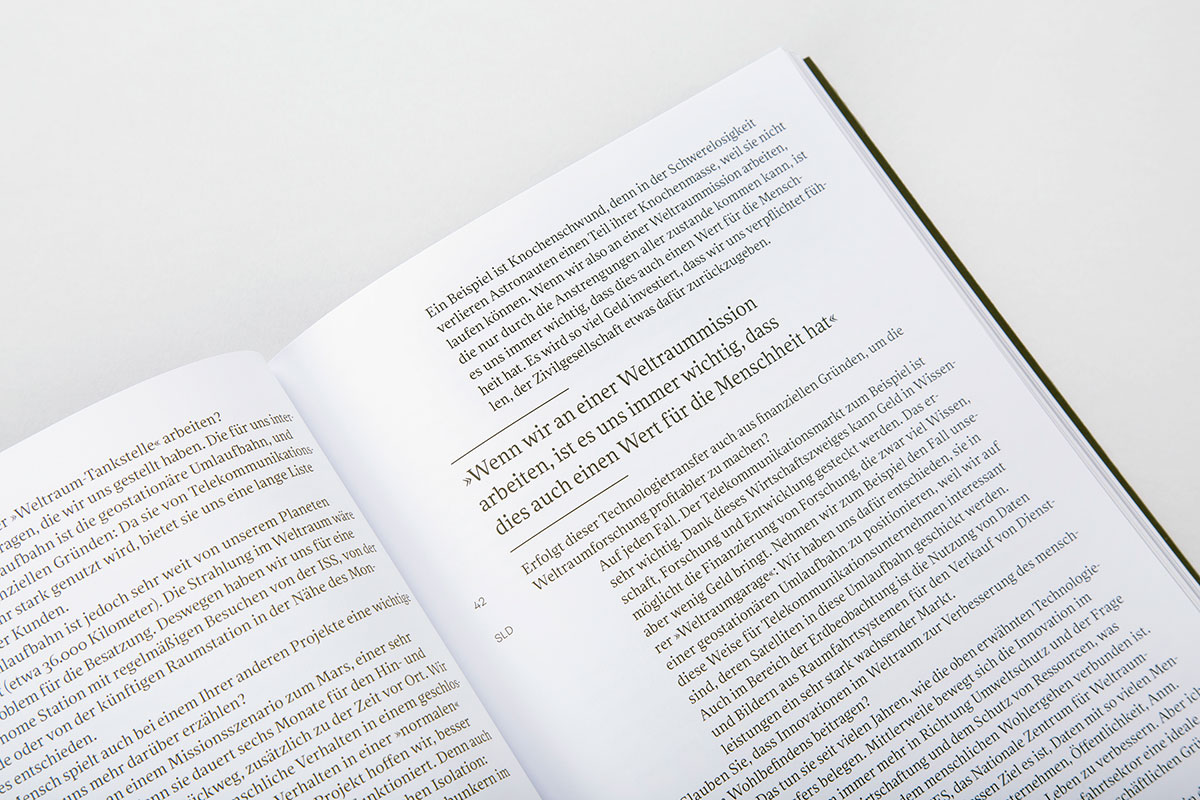 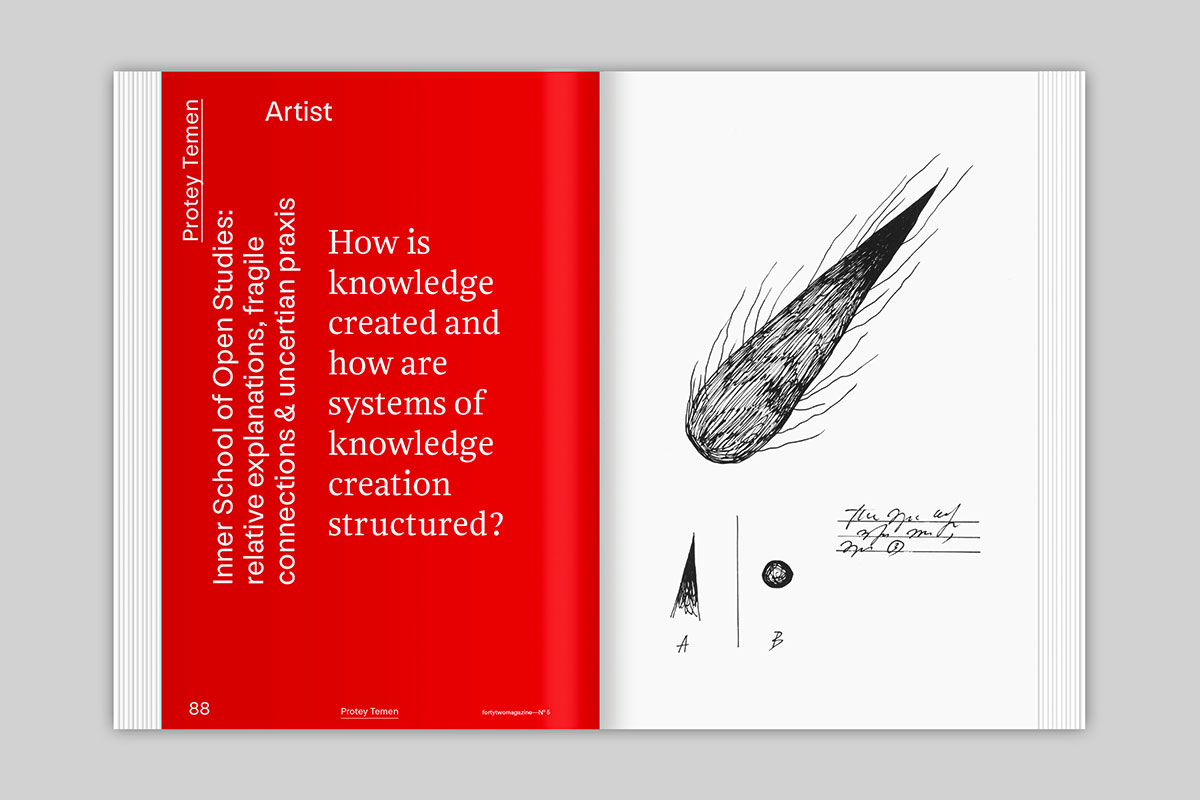 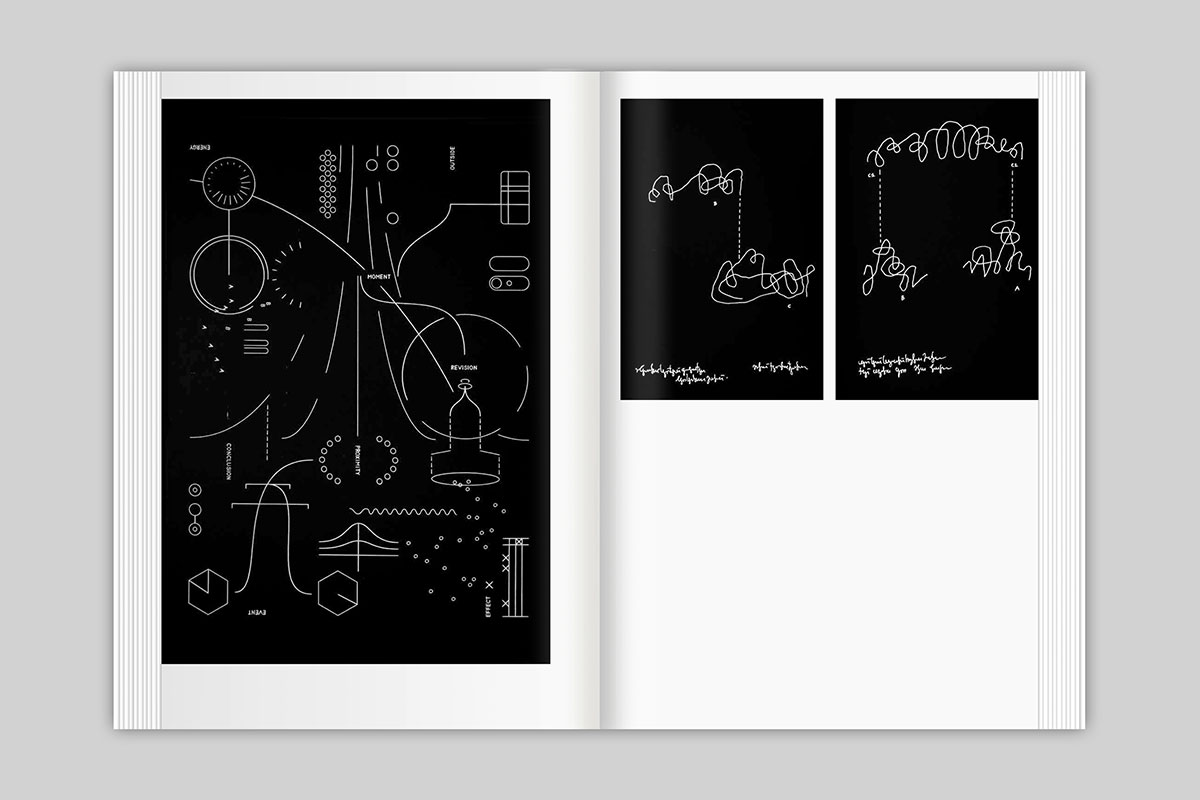 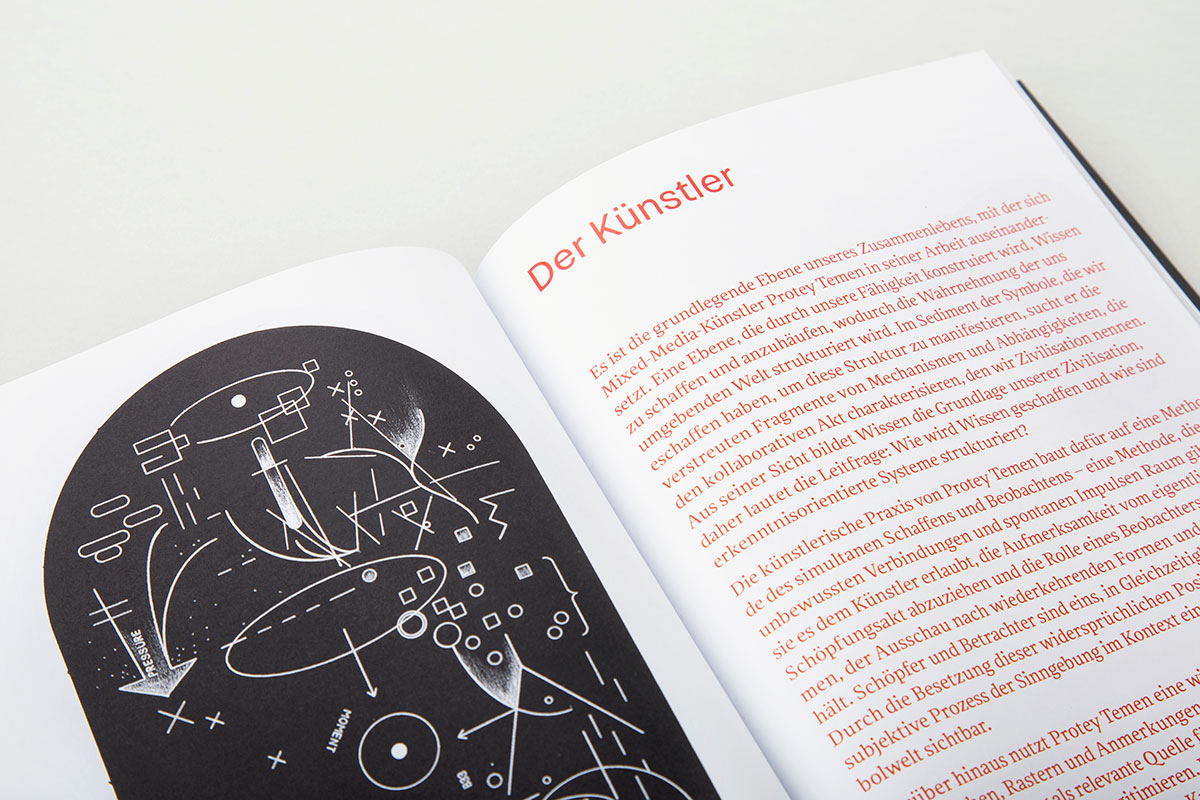 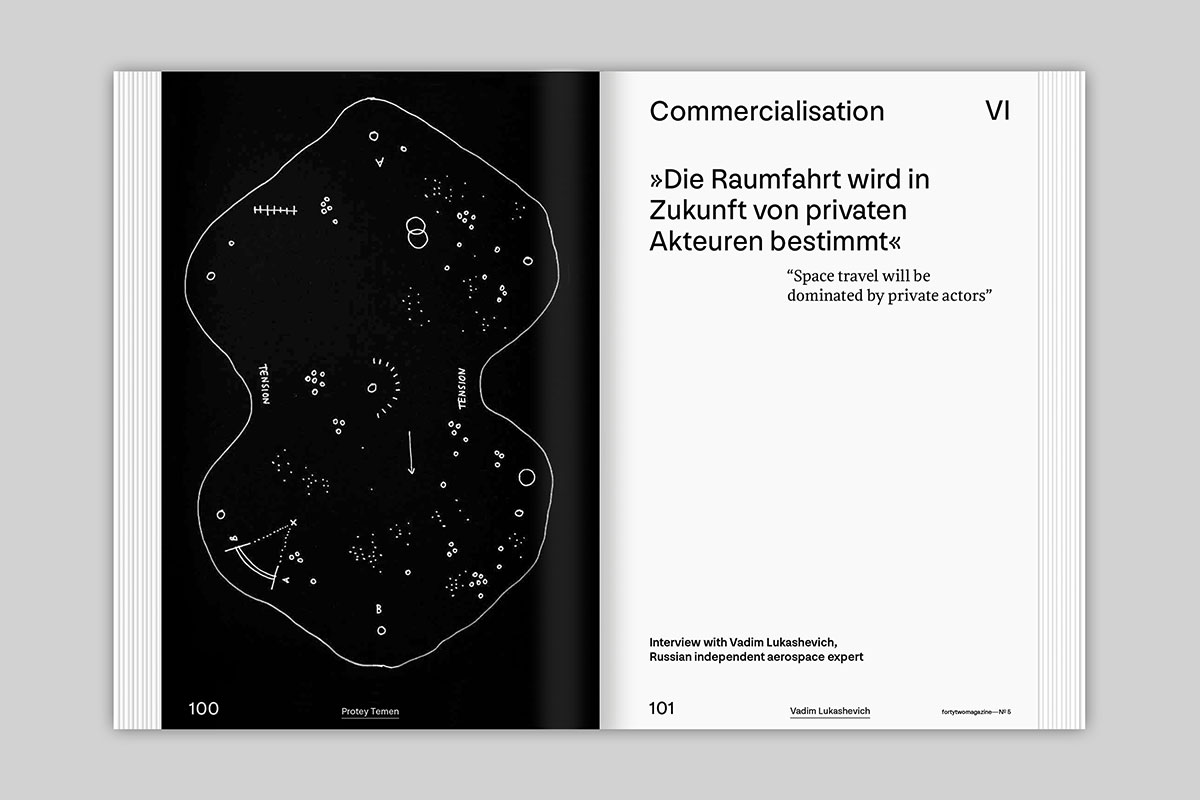 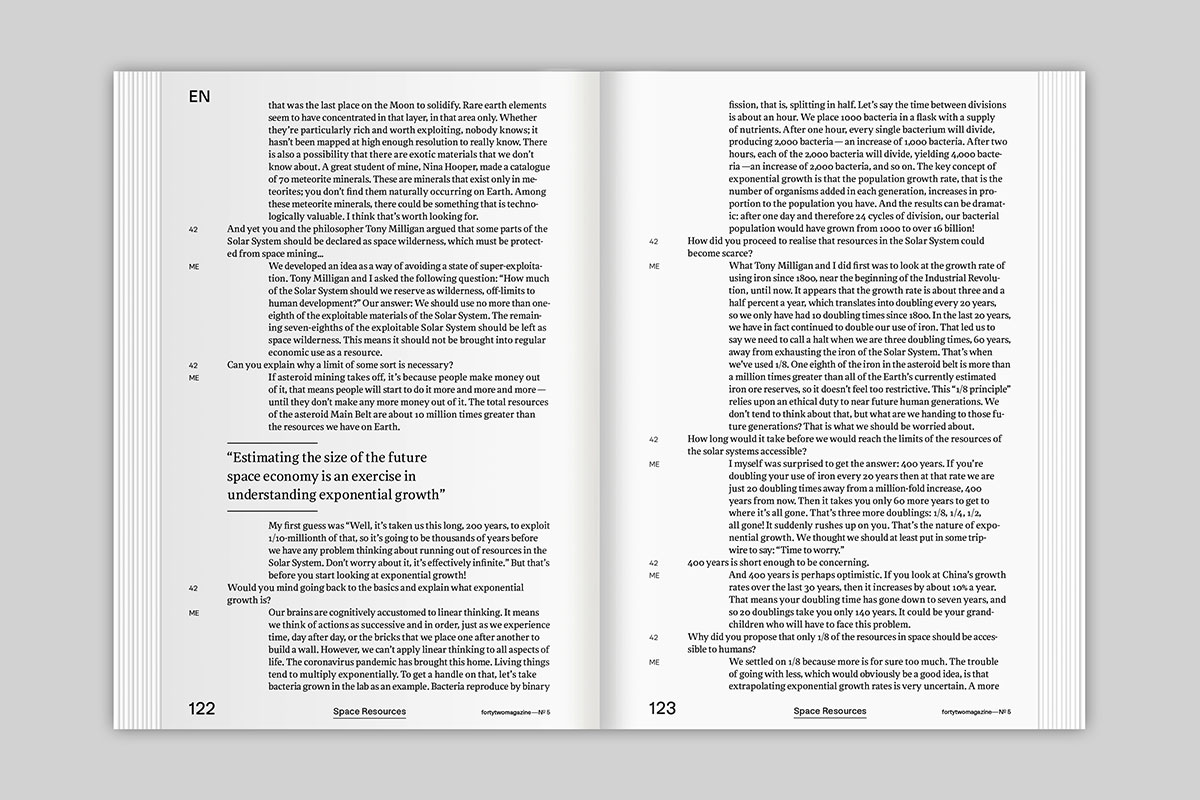 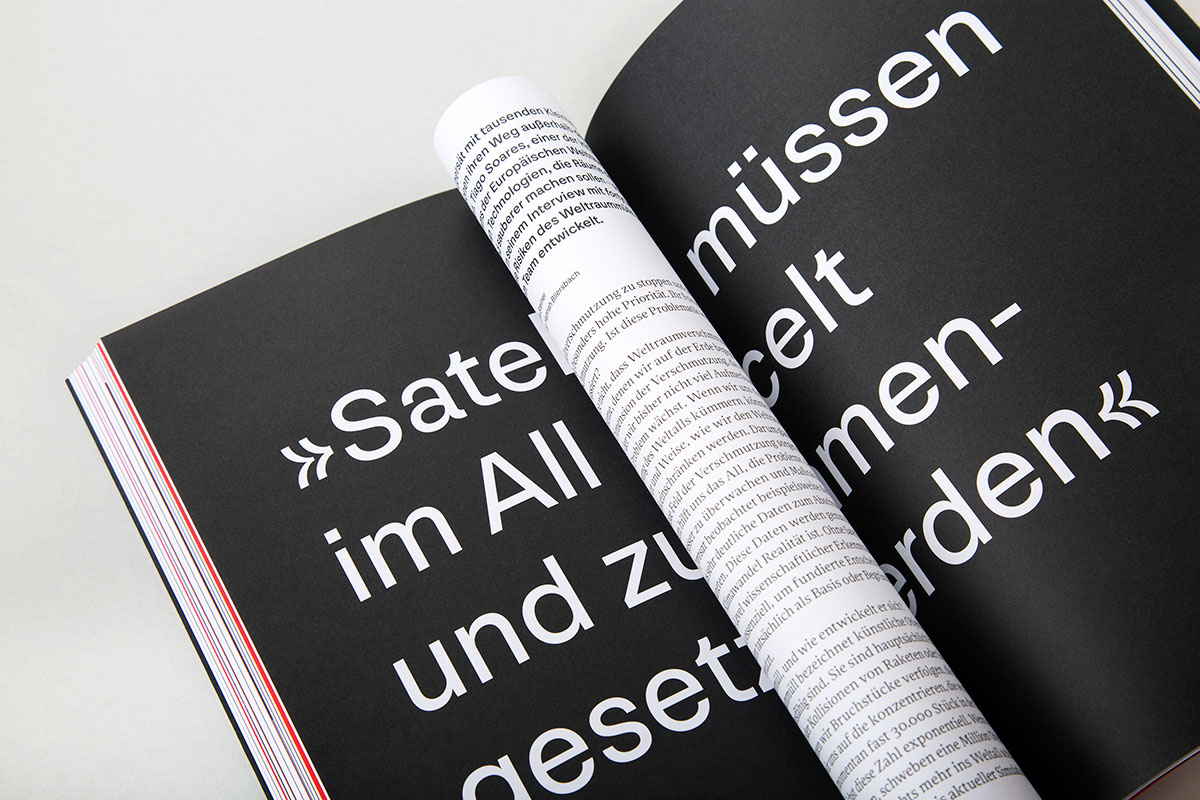 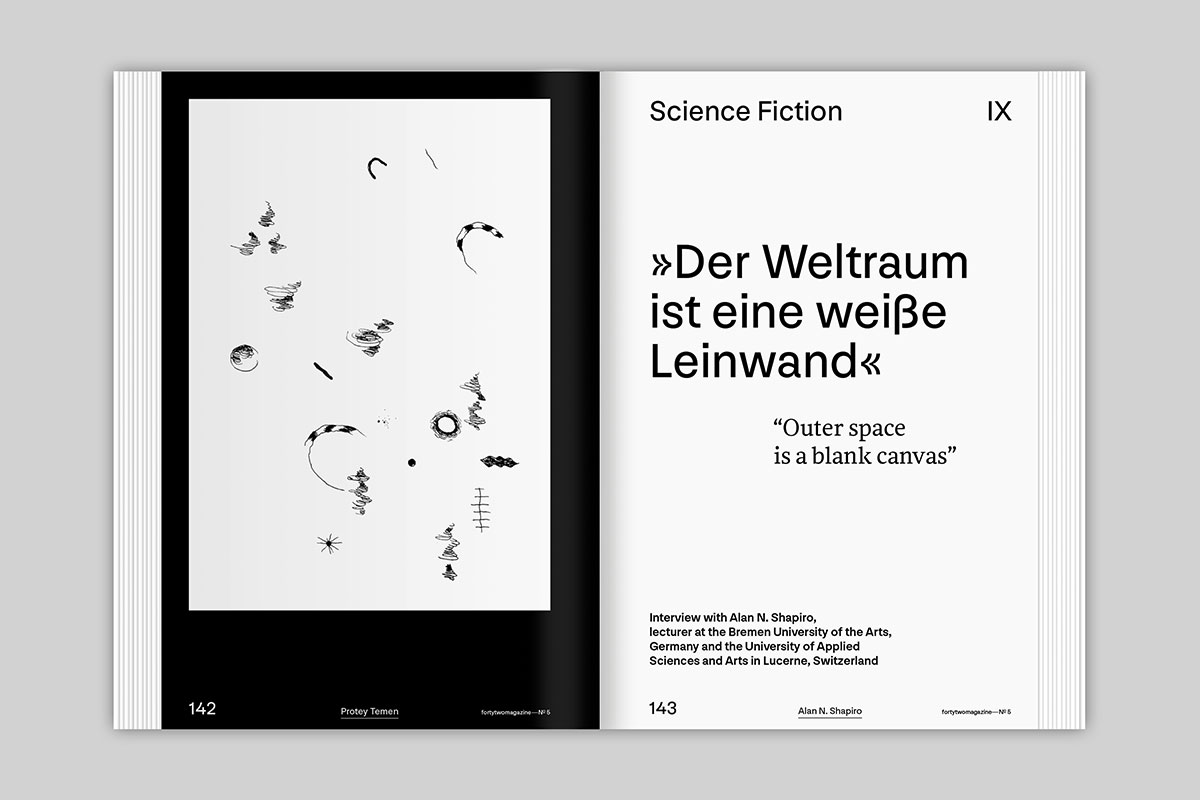 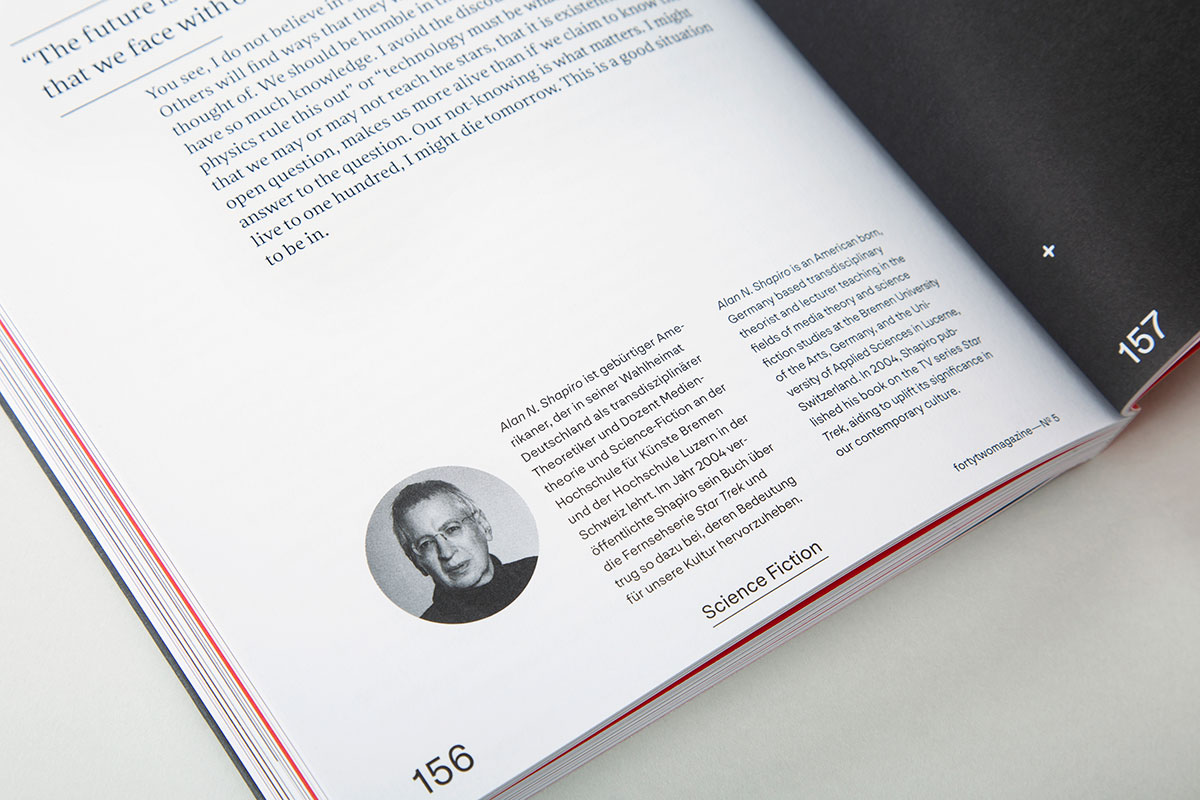 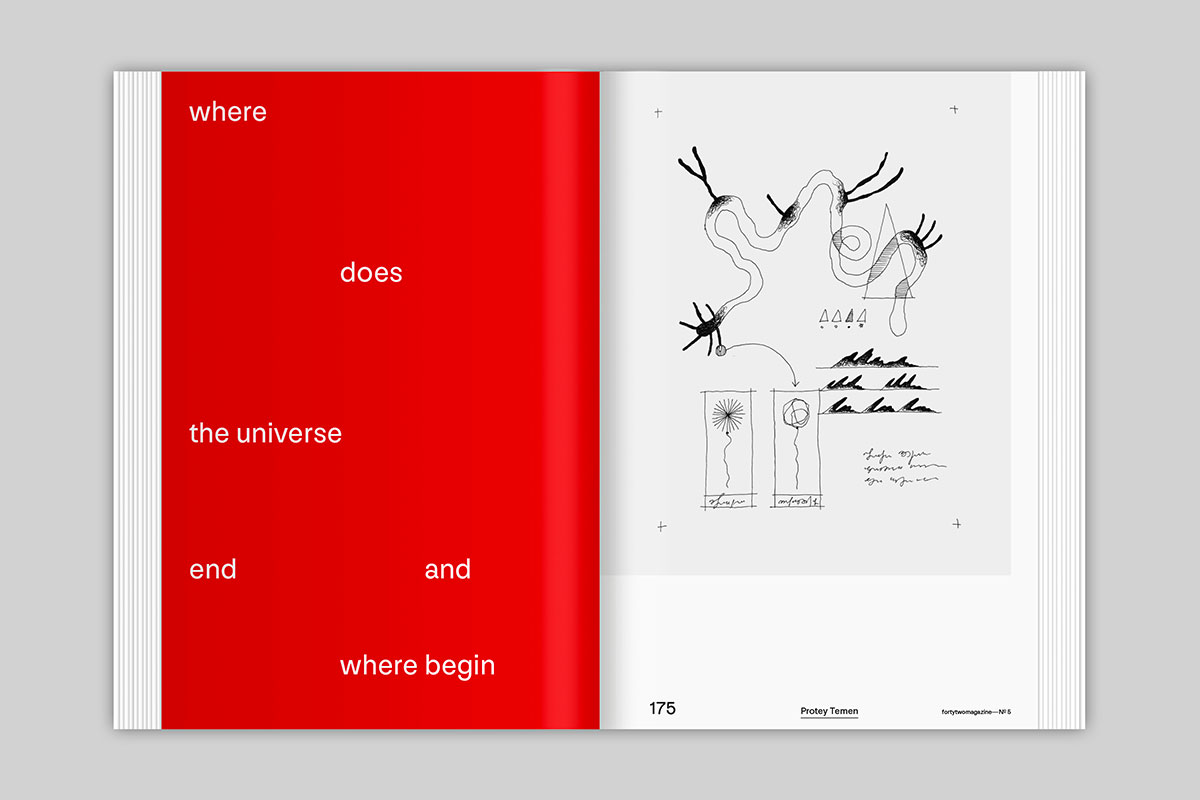 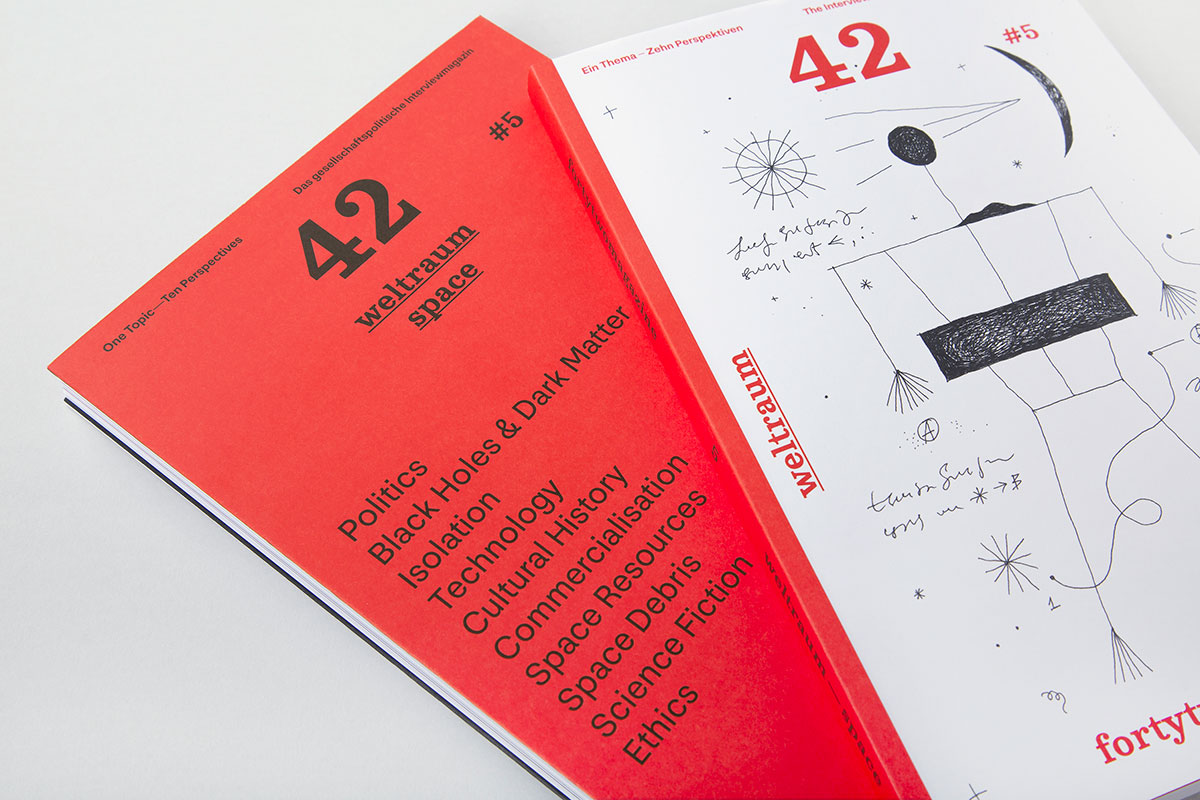