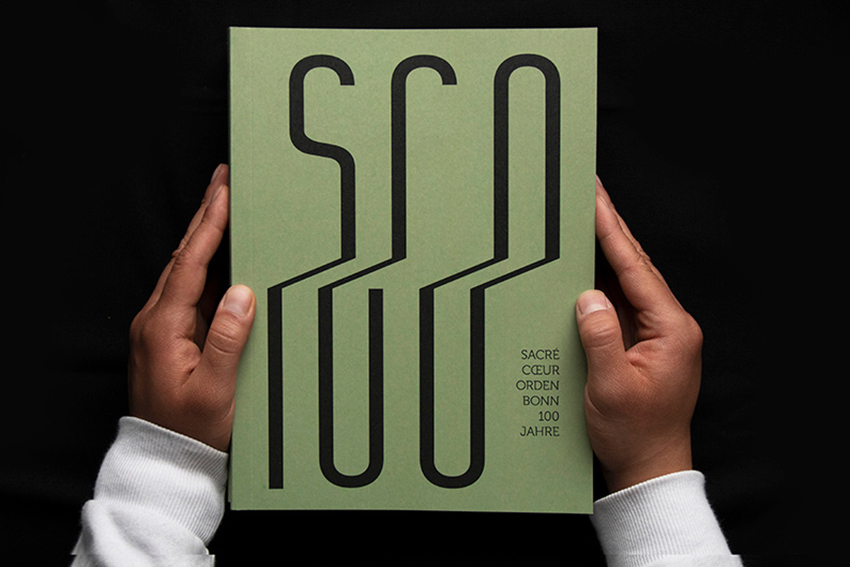 “Les temps changent et il faut aussi modifier et changer.” remarked Madleine Sophie Barat as early as 1831—“Times change and we have to change too.” As the founder of the Sacré Cœur Sisters, a Catholic women’s order, she understood that changes need to be perceived and that there is a need to react to them. Even if Barat’s statement was referring to how she understood her educational work, the sisters of the Sacré-Cœur Order in Bonn Pützchen interpreted this as their own conceptual approach to the development of an anniversary publication—100 years of the Sacré-Cœur Order in Bonn Pützchen. Dr. Marion Lisken-Pruss is responsible for the order’s public relations. She approached the Faculty of Design at Hochschule Niederrhein—University of Applied Sciences in Krefeld, asking it to initiate an internal student competition to develop a design concept according to this brief.

As small teams and individuals, 15 students took part in a competition, creating an array of diverse concepts, supervised by Prof. Nora Gummert-Hauser, professor of typography and editorial design, and by communication designer Jens Könen. The Society of the Sacred Heart had expressed the wish for a contemporary publication. The final presentation took place in December 2019. With their concept, Anne Clemens and Saif Zainalabdeen developed SCO100  and its visual language that translated the ideas and expectations of the jury members—consisting of sisters and employees of the order—into a contemporary and unusual overall concept.

Their concise anniversary logo of SCO100, which intelligently connects the initials of the order “SCO” and the number 100, was convincing. They placed this prominently on the publication’s cover and then derived an independent concept and design principle from the three-dimensional logo architecture, which they applied to various graphic details. Their interesting use of coloring, the striking use of photographs and graphics, active typography and finally a captivating mix of these parameters allow readers to immerse themselves unconventionally into the work of the order over the last 100 years at the Bonn-Pützchen location. Subsequently, the two winners of the competition worked the concept out, together with the other participants Nadia Natale, Lara Deißmann and Mostafa Ashraf Mahmoud Mostafa. They translated countless Word documents and images from the archives into a 143-page anniversary magazine. The team chose uncoated paper to give the publication a haptically created, emotional note and to make the striking color surfaces pleasant to look at.

This article was translated by Dr. Dan Reynolds 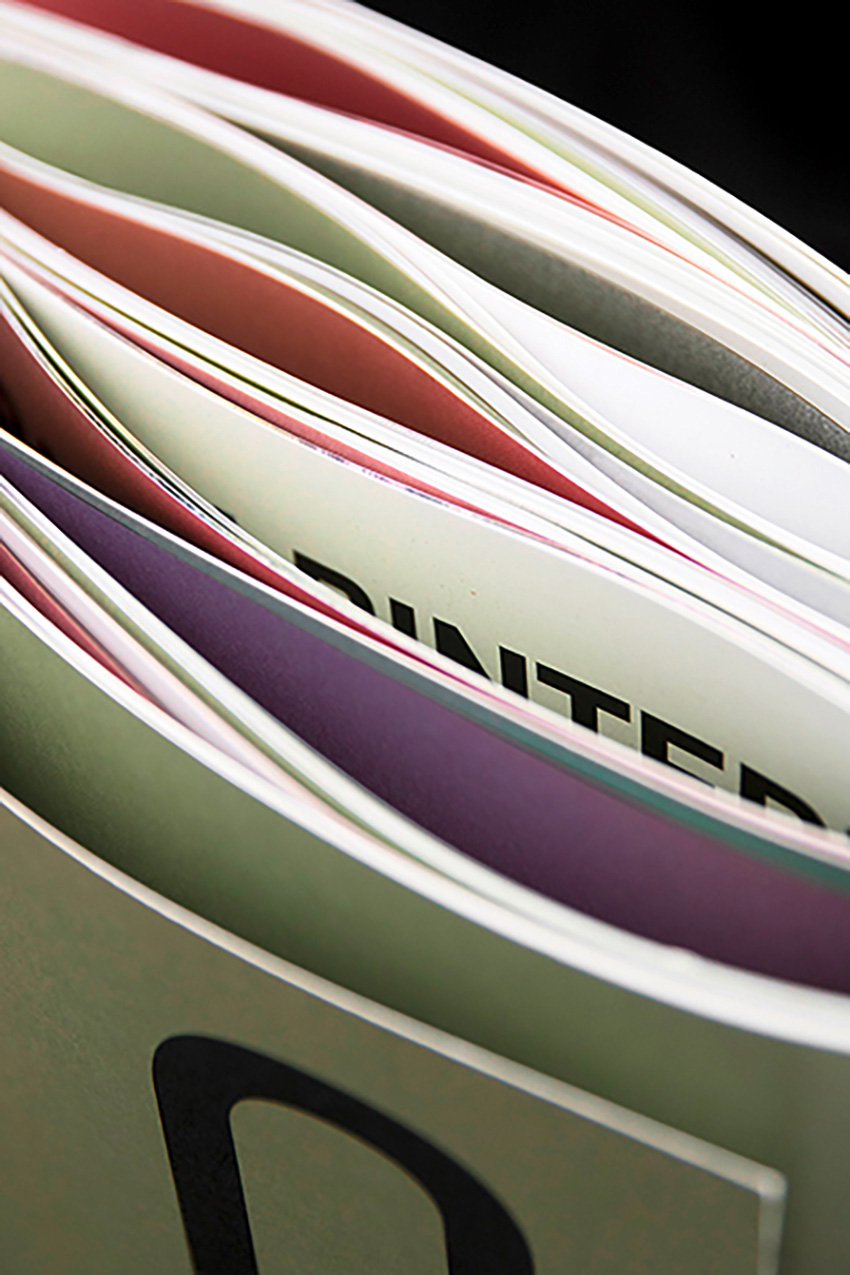 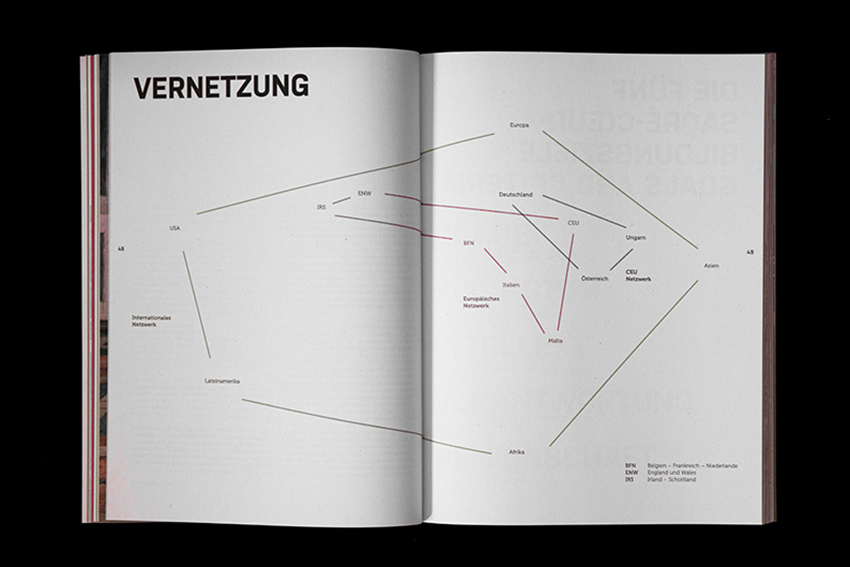 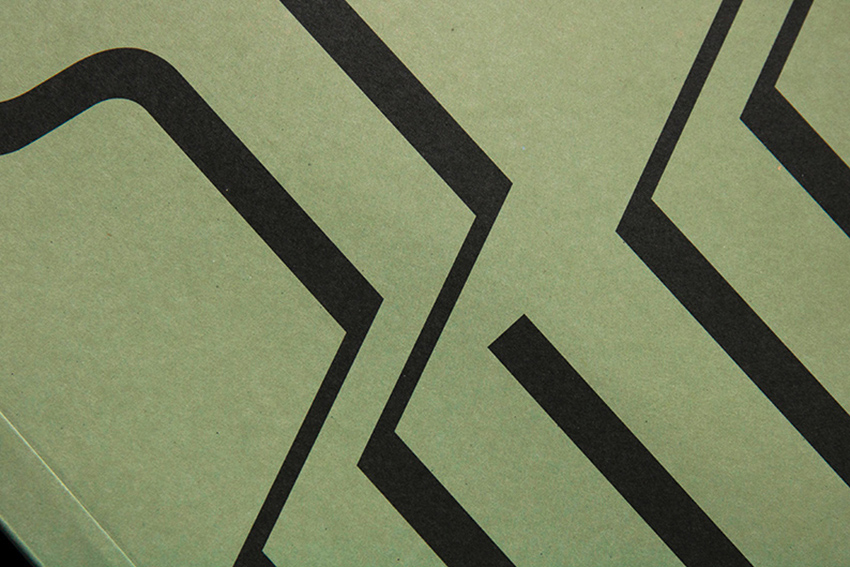 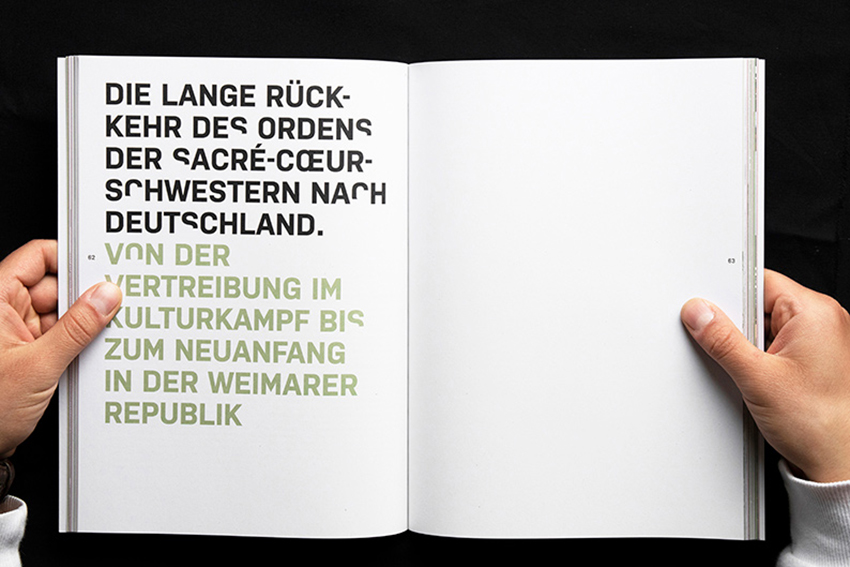 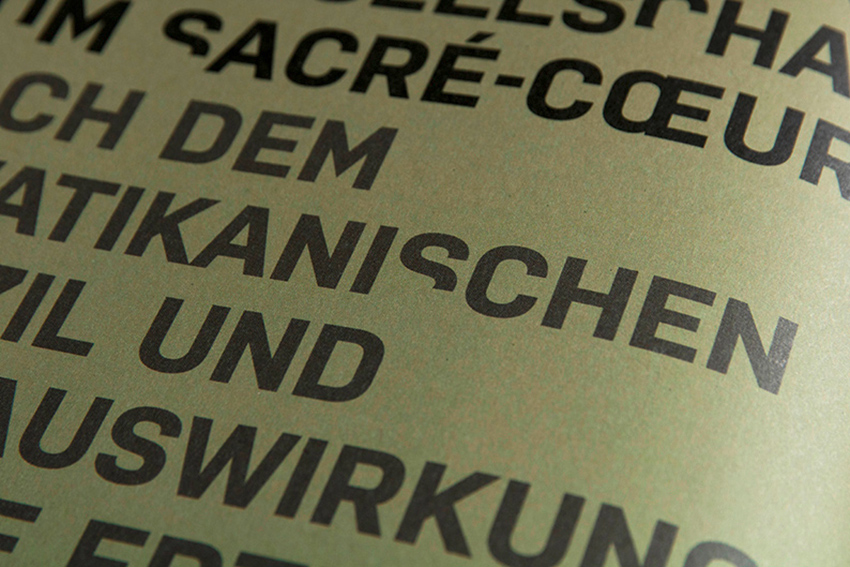 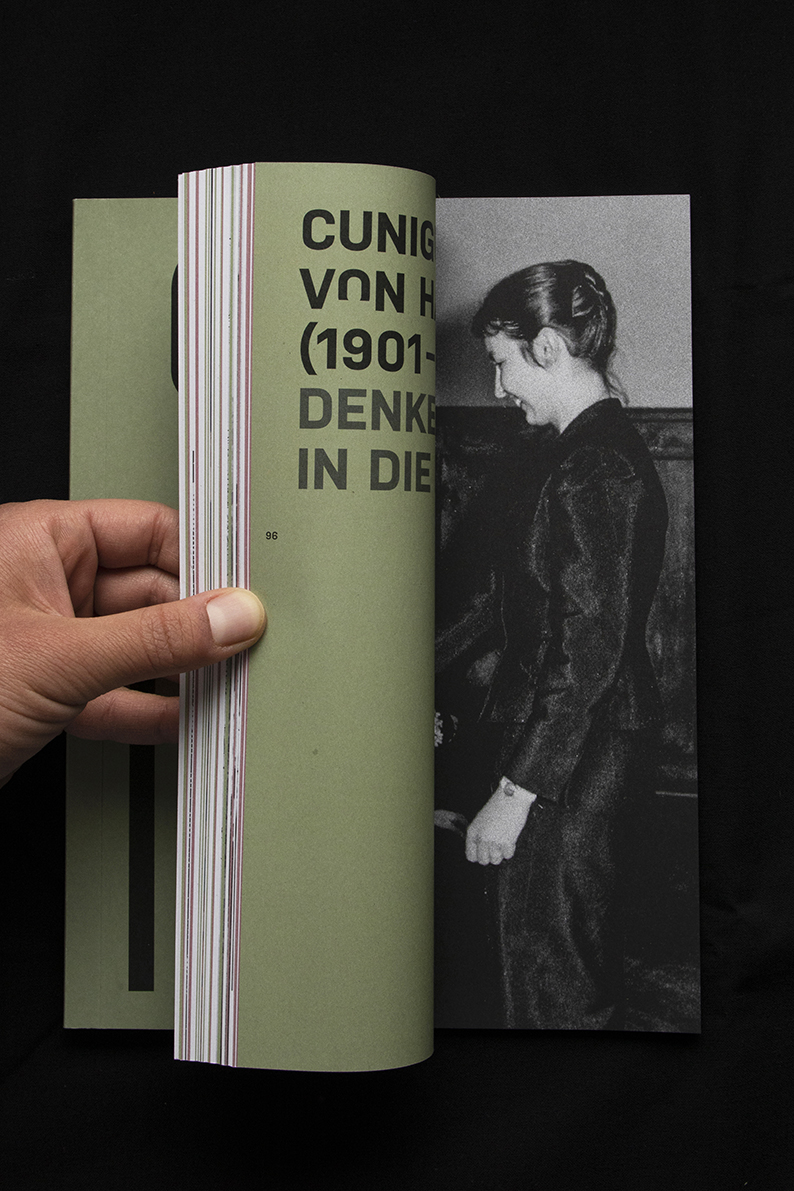 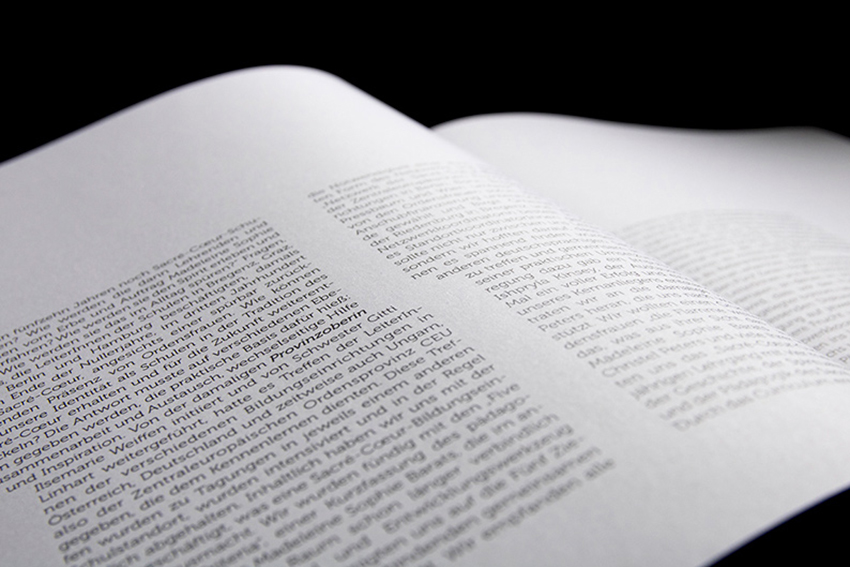 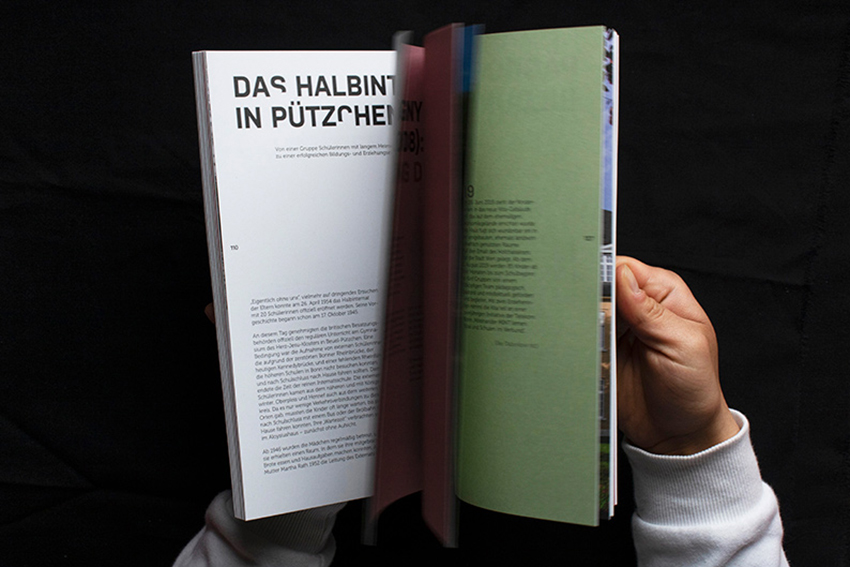 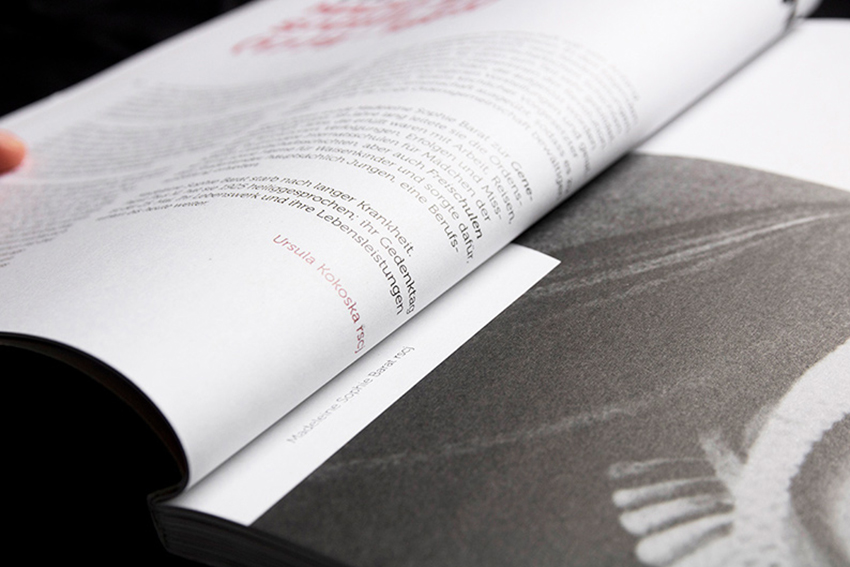