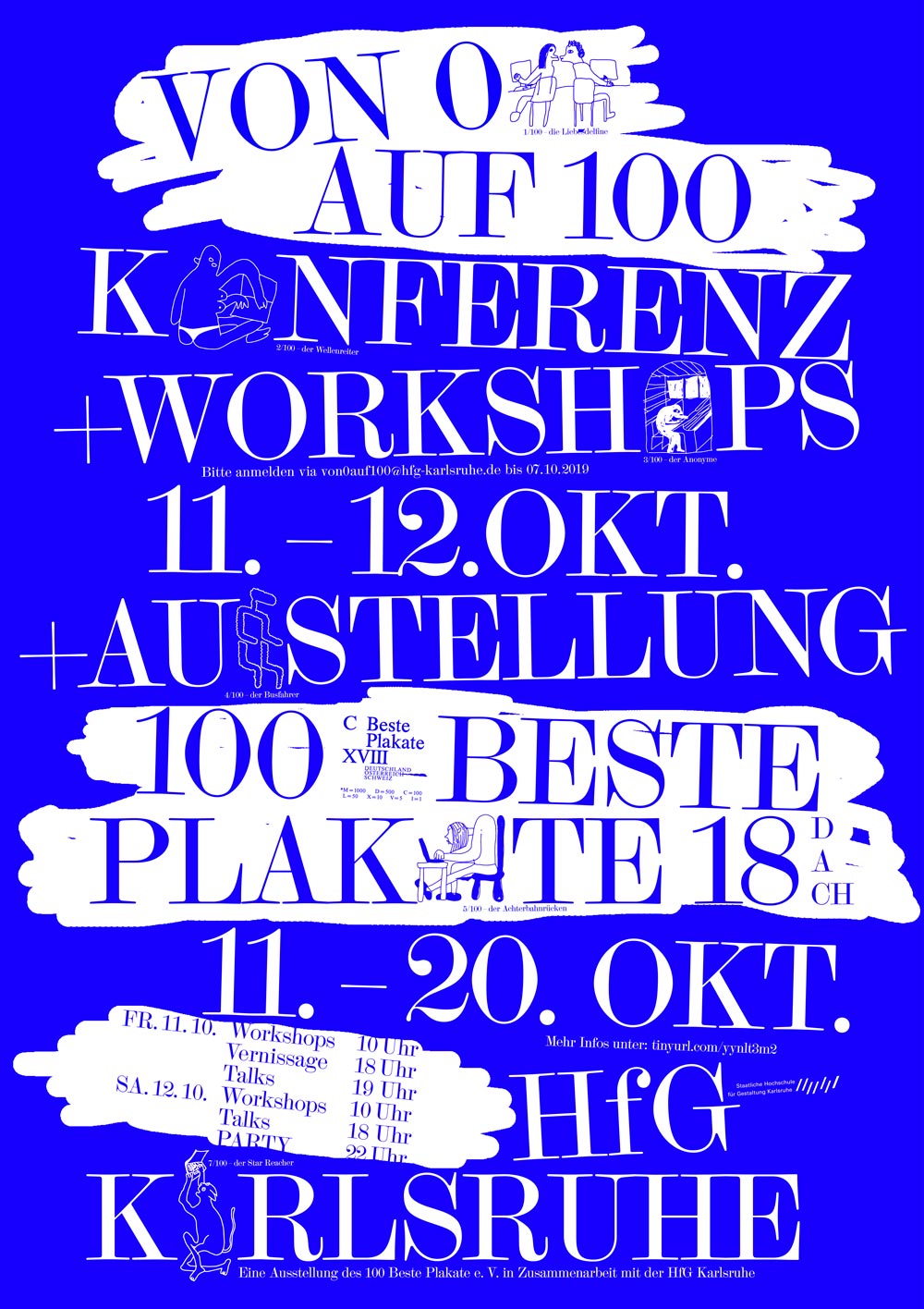 From October 11th to October 20th, 2019, the Karlsruhe University of Arts and Design invites you to the “100 beste Plakate 18 Germany Austria Switzerland” exhibition, that each year rewards graphic designers from German-speaking countries for their posters. In 2018, the jury awarded the 100 most outstanding works amongst more than 2000 submissions from a total of 646 designers.

“From 0 to 100” is the motto not only of the exhibition but also of the off-program in the atriums of the HfG Karlsruhe. Award winners of the competition—among them some (former) students of the HfG Karlsruhe—have been invited to give lectures, lead two-day workshops and propose a new design of the HfG’s large exhibition wall. This off-program is intended to open up a dialogue on everyday creative practice in graphic and communication design in various contexts.

On the 11th and 12th of October, Karlsruhe will be hosting a small graphic design festival, during which the exhibition of the “100 Best Plakate” will be officially opened on Friday, October 11th, at 6 p.m. The exhibition can still be visited until October 20th, 2019.