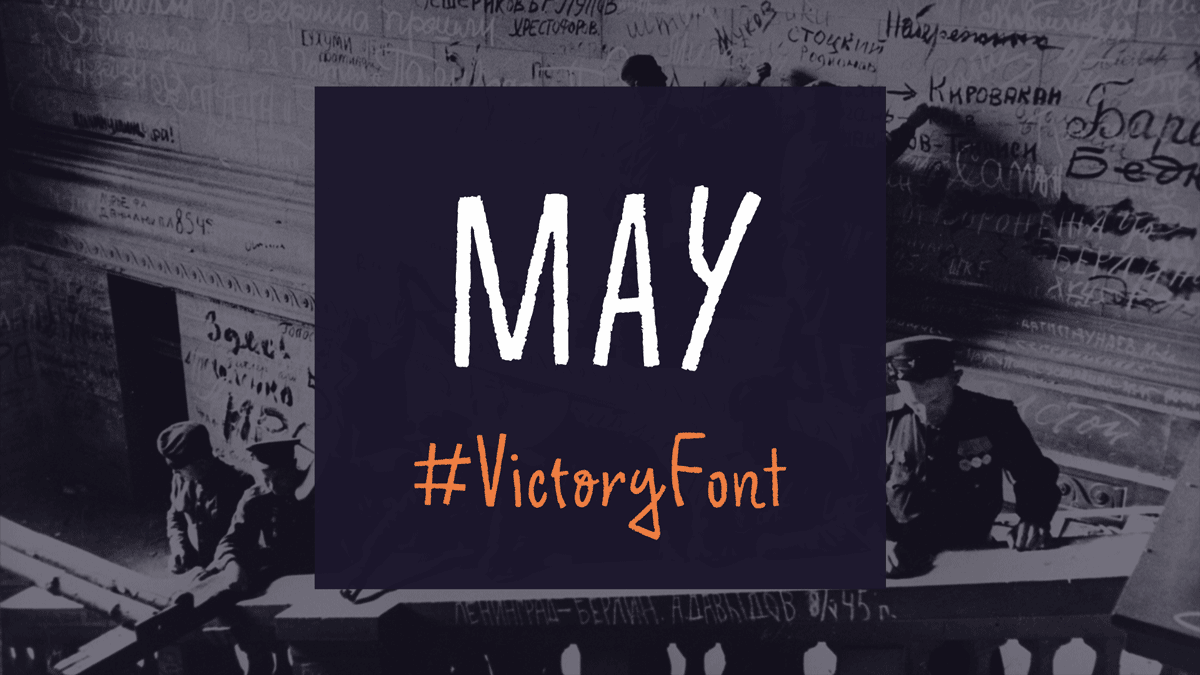 May, The Victory Font

by RT and Contrast Foundry

Berlin, May 1945. Victorious soldiers leave inscriptions on the Reichstag walls. Today most of these inscriptions can be seen only in photo archives and museums. On the 75th anniversary of the victory, they are brought back to life with May, The Victory Font.

RT and Contrast Foundry have created a unique font compiled from hundreds of original historical inscriptions. Behind almost each font character there is a real letter, hand-written by soldiers 75 years ago. Only certain missing glyphs in order to make a functional font for today’s standards are created from scratch. Like the # and @, for example.

Animography took on the task of creating an animated version of this typeface. All 493 glyphs are carefully animated in the correct stroke order. This animated version can be used in Adobe After Effects.

These inscriptions are the voices, words and memories of the victors. With its handwritten characters and symbols, calligraphic and rough, neatly styled and expressively sharp, the May typeface creates a visual link between the past and the present, between the victors and us.

This (animated) typeface is part of #VictoryPages, a social media documentary project. It offers an opportunity to look at the historical magnitude of May 9, 1945. A story of victory told for the young and by the young, using the language of modern media.

May, The Victory Font 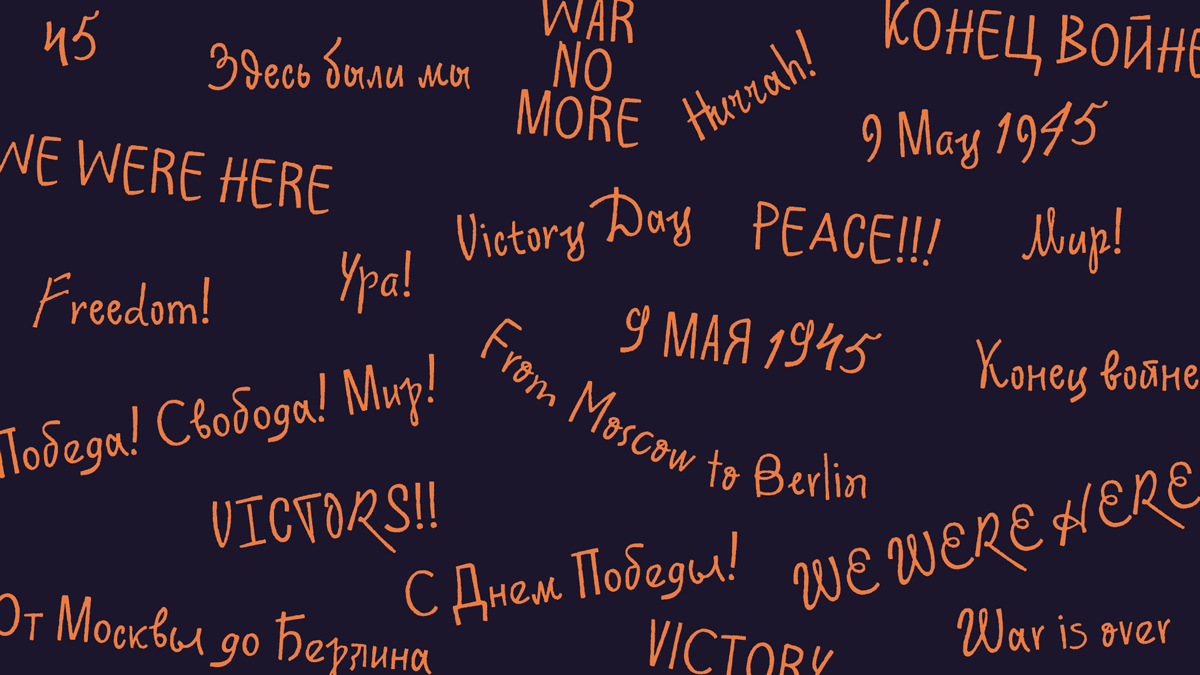 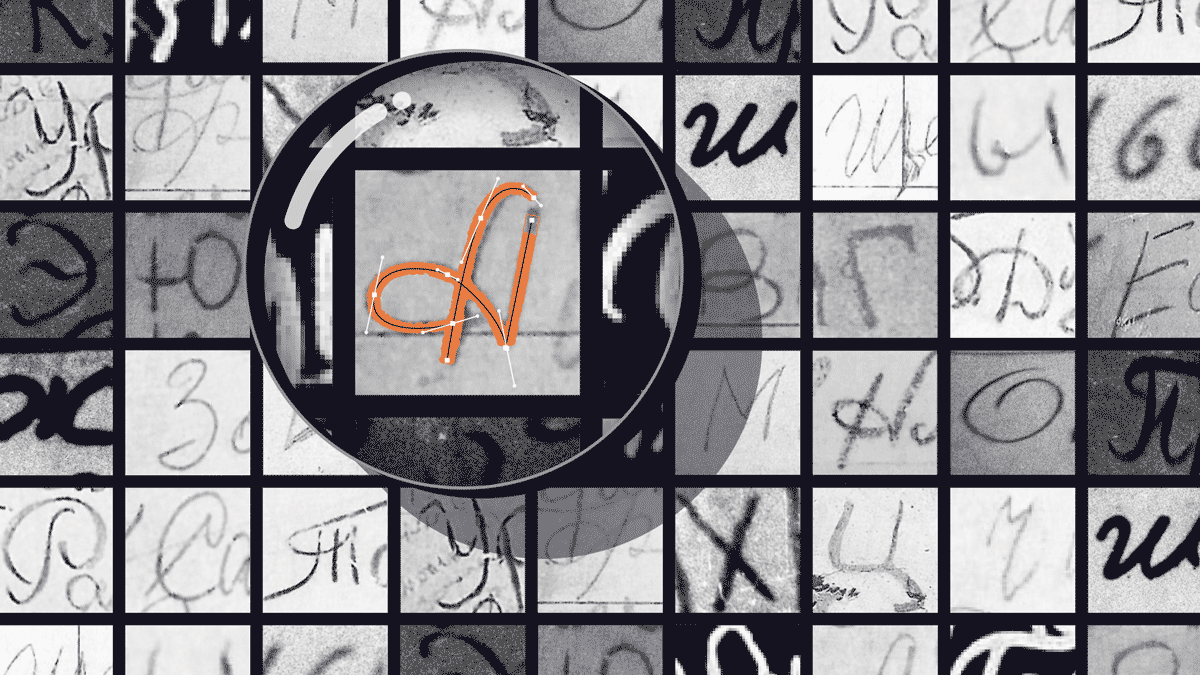 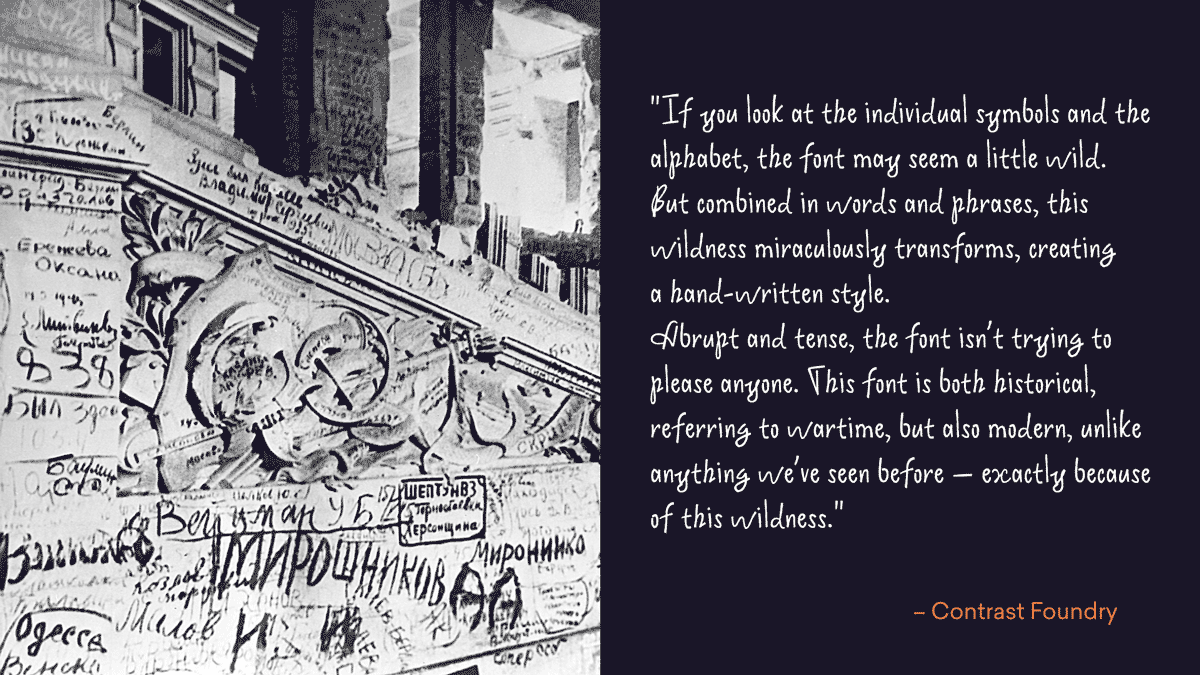 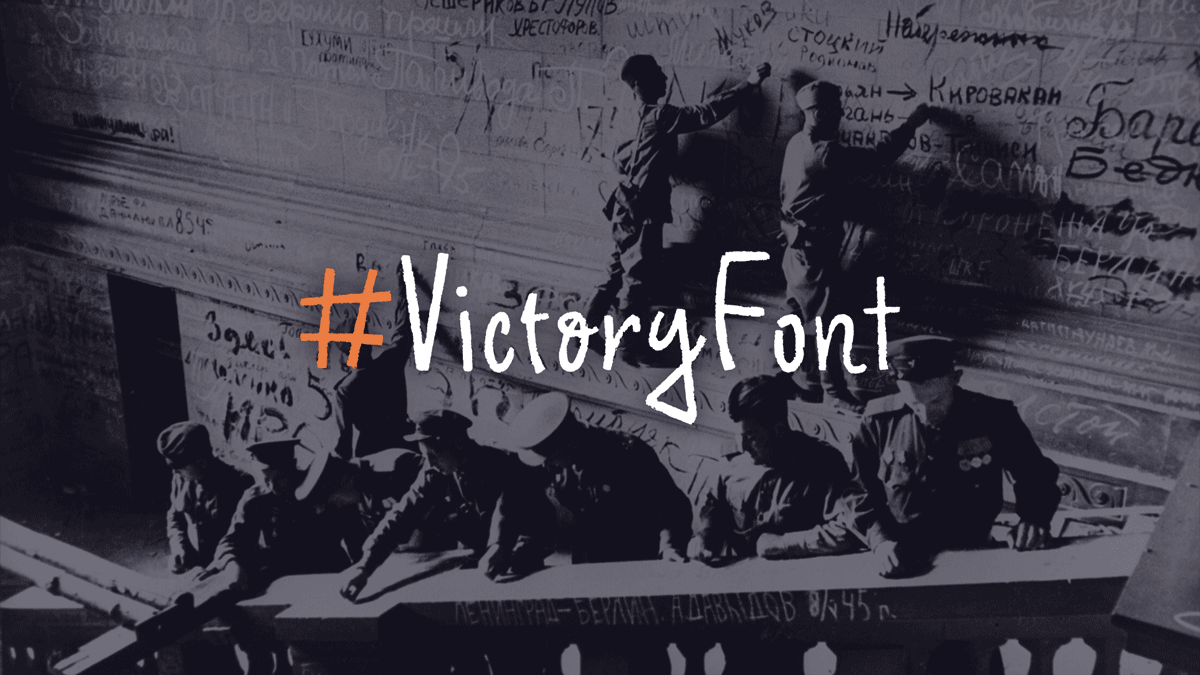 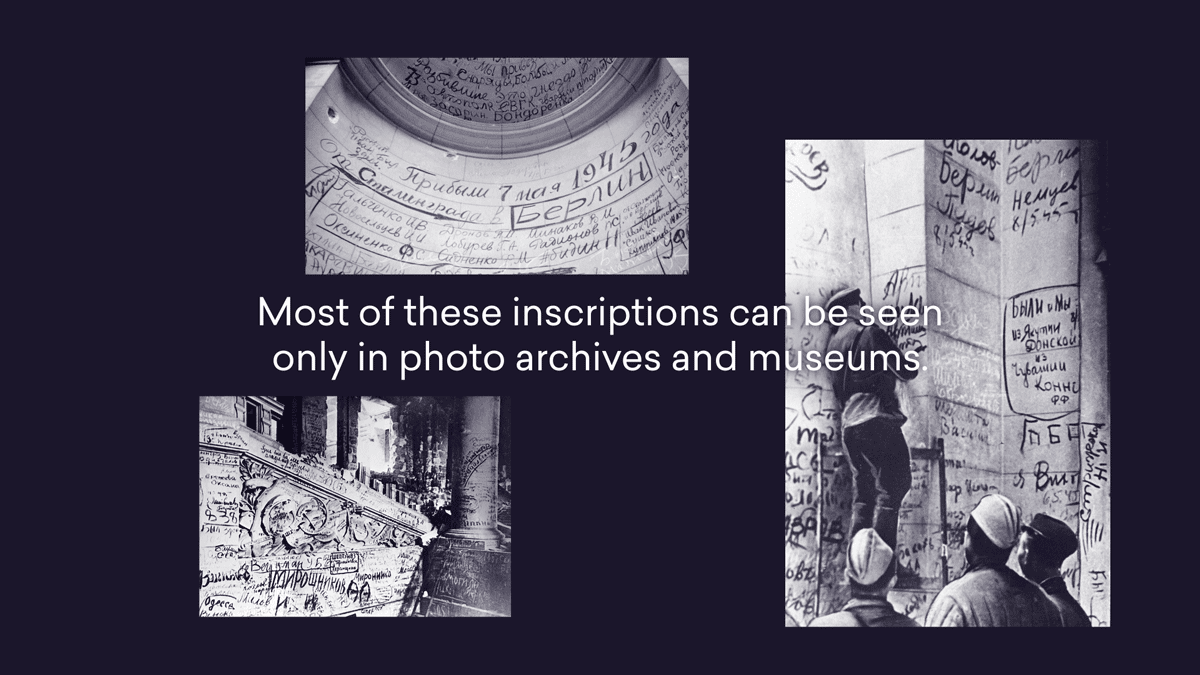