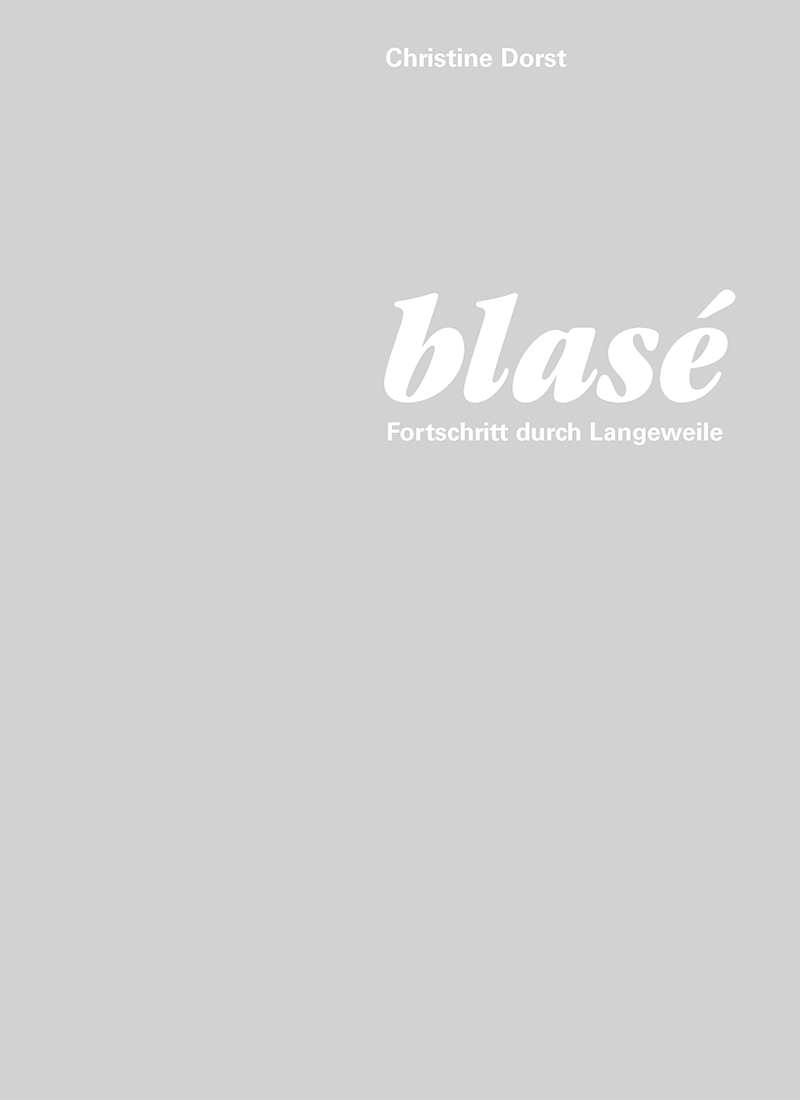 Boredom is a well-known and feared phenomenon that reminds some people of uselessly spent Sunday afternoons, while others are reminded more of a latent, dull and somewhat hopeless feeling that comes to the fore when you haven’t managed to get really excited about something for a long time.The anthology Blasé - Fortschritt durch Langeweile [Blasé–Progress through Boredom] deals with different ways of expressing and dealing with this former mortal sin in the seven booklets it contains.

Christine Dorst contrasts the various points of view with a wide variety of means of expression: photo series, interviews, a production of Beckett’s Waiting for Godot, a self-experiment and a collection of song lyrics, as well as a short cultural-historical phenomenology of boredom, in which the author develops an impressively simple philosophical model of life and self-surfeit in a cultural-historical retrospective. In doing so, she encounters various forms of boredom and retraces historical perspectives, from Seneca to Thomas Aquinas, Schopenhauer to Heidegger, from the former assessment as a mortal sin to the positive evaluation as the mother of all creativity.

One central insight of Blasé - Fortschritt durch Langeweile points to the socio-cultural integration of this seemingly subjective phenomenon: we get bored when we cannot fulfil our expectations of ourselves in a concrete situation, whether in the office or as a young person in the suburbs, where we cannot do what we would like to do, or when, due to a certain oversaturation, we no longer know what we would like to do. The louder the overall cultural imperative: Have fun! becomes noticeable, the more favourable the breeding ground for boredom.