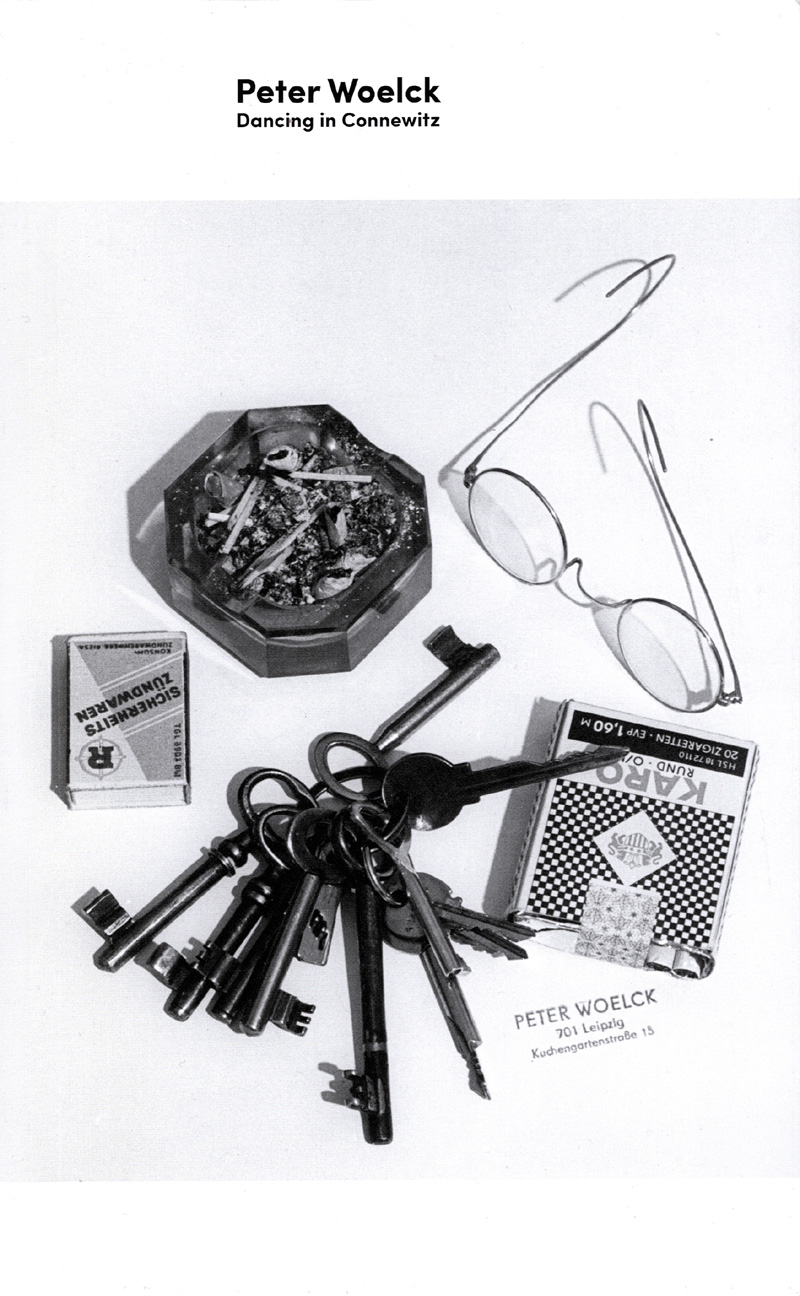 The book “Dancing in Connewitz” documents the attempt to bring the eclectic diversity of an archive into a sequence of images that does not strive for a photo-historical classification but rather allows a specific and subjective narration to emerge from today’s perspective.

After studying photography at the Hochschule für Grafik und Buchkunst Leipzig, Peter Woelck worked as a professional photographer in the GDR for various companies and magazines. Moreover, he independently created a vast amount of artistic works, especially in the field of portrait and architectural photography. Photographs of the construction of the Berlin Television Tower, cityscapes of Leipzig, and intense portraits from the 60s through the 80s document how life used to be in a country that no longer exists. On the other hand, there are photographs from the post-reunification period, during which Woelck repeatedly tried to establish himself as a freelance advertising photographer. Thus, the pictures also tell of a break in the photographer’s biography, the kind of experience that affected many people of his generation.

In “Dancing in Connewitz”, texts are contributed by Wilhelm Klotzek, Woelck’s son, who not only co-manages the estate in collaboration with the Laura Mars Gallery but also artistically deals with the legacy, by writer and publicist Peter Richter, and by curator Bettina Klein.