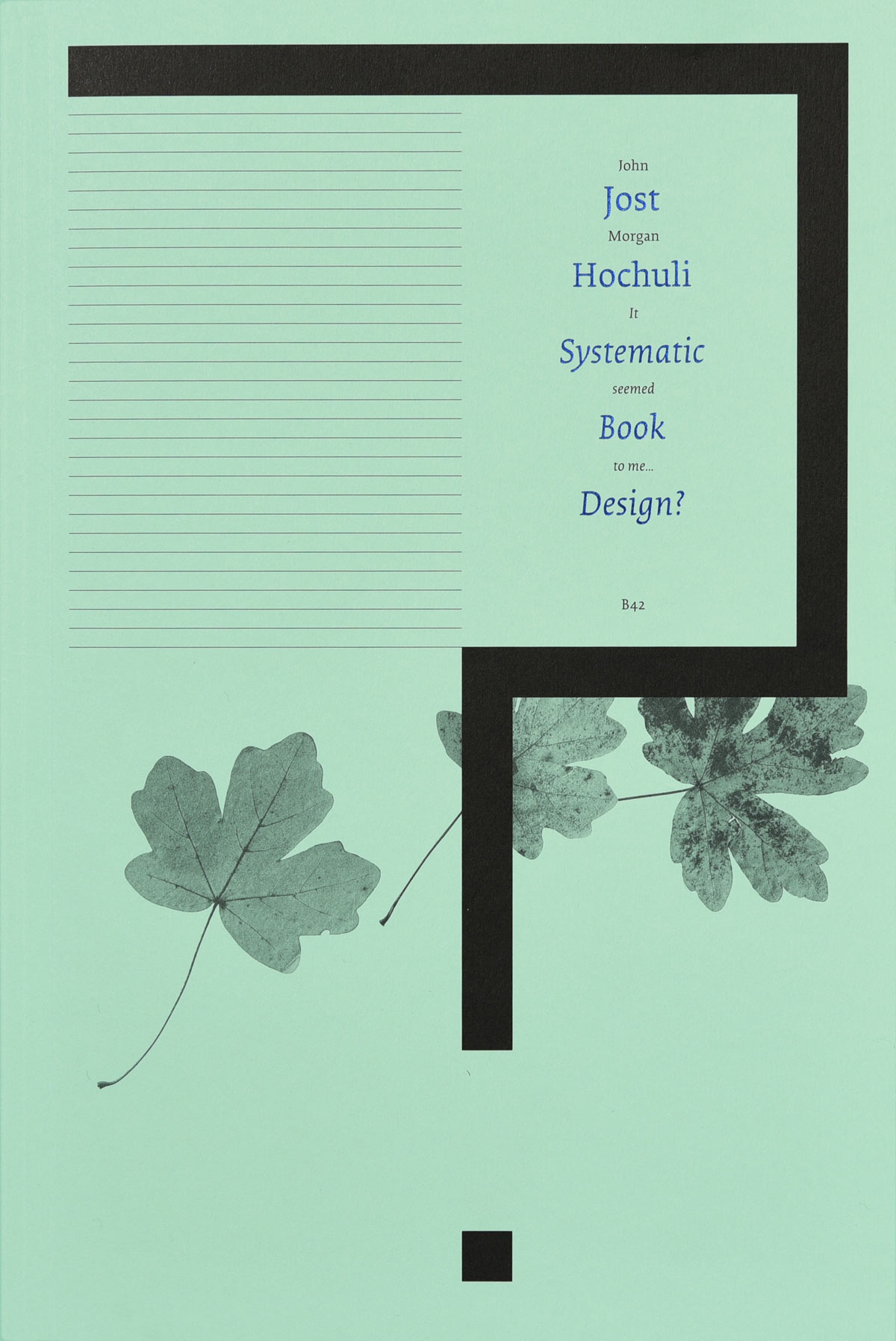 Does designing a book follow a logical and well-thought-out process? Swiss graphic designer and typographer Jost Hochuli studies the crucial role played by instinct throughout the various stages of planning a book, from selecting a typeface and its size to determining the layout of the blocks of text.

Drawing on his own experience and examples taken from various books he created, Jost Hochuli considers the questions which arose while they were being designed and the importance of intuition in rational thought.

“Systematic book design?” was written for a lecture Jost Hochuli gave for the first time in Munich in 2007, and then at the Palais de Tokyo in Paris in 2011 on the initiative of F7. The text has been first published in Back Cover magazine in 2011. John Morgan’s foreword was especially written for the present edition.