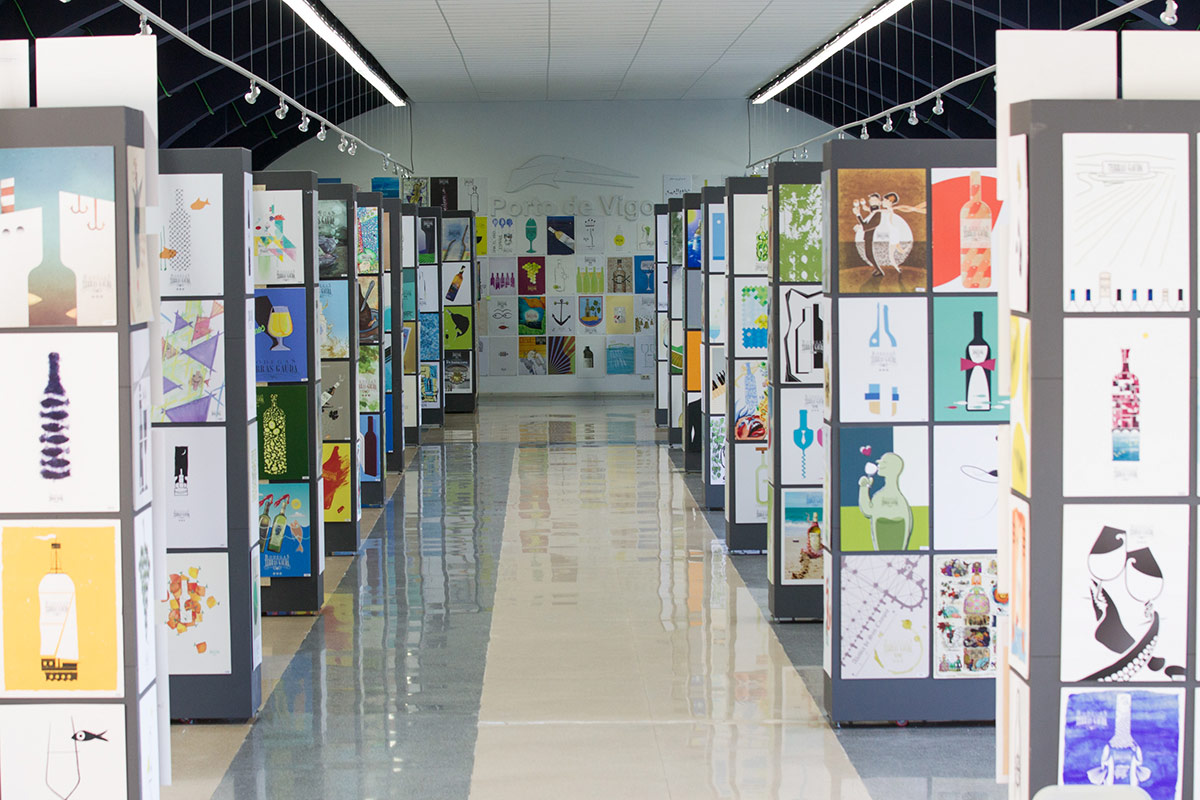 The International Biennial Poster Design Terras Gauda—Francisco Mantecón Competition is celebrating its 14th edition this year with 16,000 € prizes. More than 17,000 posters from 96 countries have participated in the 13 previous editions since 2002 in the private sponsored competition. Works can be submitted at any time before the September 30th, 2019 deadline.

Geographic diversity is also reflected in its awards: previous winners were artists and studios in Japan, the United States, Germany, Belgium, Portugal, Poland or Spain. Terras Gauda Wineries will award 16,000 € to the winners, with 10,000 € going to the 1st prize, 2,000 € to the 1st Runner-up, 2nd Runner-up and Honorable Mention, respectively.  The panel of judges includes internationally acclaimed designer Javier Jaen, winner of the Laus Award and author of works for The New York Times, The Washington Post or National Geographic; and Diego Areso, Art Director of El País and El País Semanal. Along with them, Portuguese National Design Prize winner Miguel Palmeiro will attend on behalf of the studio United By, the winner of the latest edition of the competition. José María Fonseca, Chairman of the Terras Gauda Group, will preside over the panel of judges, accompanied by CEO Enrique Costas; Enrique López Veiga, President of the Vigo Port Authority; Nava Castro, director of the Galician Tourism Board; Pilar Barreiro, philologist and widow of Francisco Mantecón, and Paulino Novo, who will serve as secretary.

The Galician Tourism Board is reinforcing its partnership with the International Biennial Poster Design Terras Gauda through the creation of a closed binding competition in which only the finalists and award winners of this 14th edition will participate. The works selected in the Galician Tourism Board Competition, eligible for 10,000 € in prize money, will be the promotional image of the “9th and 10th Galician Wine Routes Open Door Sessions.” The International Biennial Terras Gauda—Francisco Mantecón Advertising Poster Competition is supported by the Vigo Port Authority, as well as the Department of Culture and Tourism through the Galician Tourism Agency.

Works can be submitted any time before September 30th, 2019.
More information here.