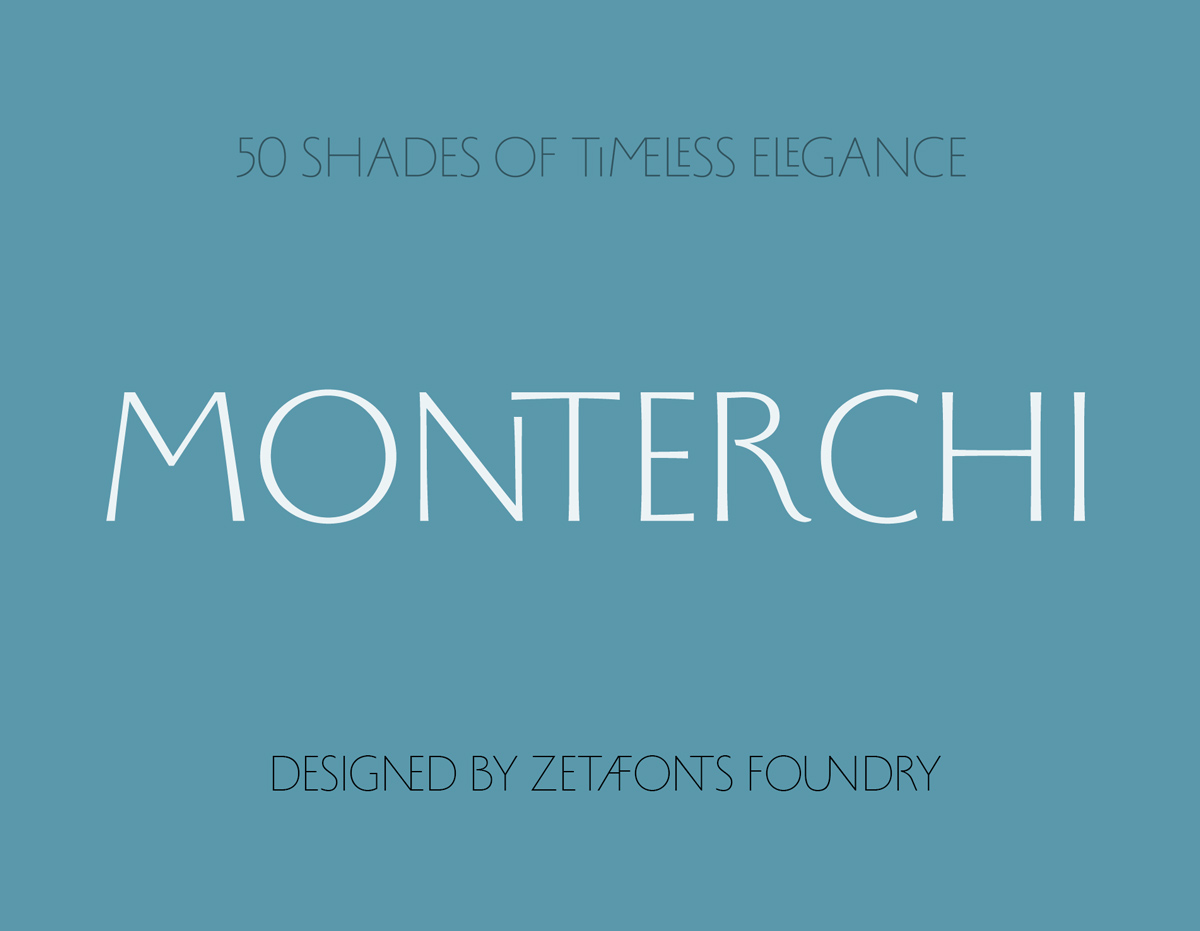 Typeface of the Month: Monterchi

Monterchi is an ode to the typefaces of the early Renaissance and their detailed ornaments, ligatures, and constructed geometric beauty. With Monterchi, the Zetafons designers have succeeded in creating a true working typeface that can be used in any design environment of modern life and yet still lives up to its historical origins.

In 1459, while visiting his dying mother, Italian painter Piero della Francesca spent seven days creating a fresco of a pregnant Madonna in a small country church in the hilltown of Monterchi located near Arezzo, in Italy. Hailed today as one of the masterpieces of Italian Renaissance, the fresco was given a new branding in 2019 by Italian art director Riccardo Falcinelli who asked the Zetafonts team to develop a custom font for the project.

Cosimo Lorenzo Pancini, lead designer for the project, decided to start from the extensive research work made in 2016 by Francesco Canovaro for his Beatrix Antiqua and Florentia typefaces—based on the same inscriptions in Basilica di Santa Croce in Florence that had inspired Hermann Zapf’s Optima typeface. These classical uppercase letterforms, with their striking geometric proportions and flared serifs, are the same used by Piero della Francesca itself in some of his hand-painted autograph inscriptions—where one can also notice the ligature forms that were created by middle age stone carvers as a way to keep a consistent balance for each line while carving more letters in a given space. Over one hundred of these ligature letterforms where researched and added to the typeface with the help of Andrea Tartarelli and Maria Chiara Fantini, who also helped develop the lower case alphabet, inspired by the early humanist minuscules like the Littera Antiqua as reimagined by humanist punch cutters like Jenson and Griffo.

The resulting typeface system is a 50-weights ode to the beauty of classical roman letterforms and their renaissance re-discovery, pairing elegant alternate forms and quirky uppercase ligatures with an array of design features for clear and effective editorial, signage, logo and wayfinding design. The base display family Monterchi allows endless design expressions with a range of six weights from the slender thin to the strong Extrabold, all with matching Italics and an array of over one hundred discretionary ligatures. A fine-tuned Monterchi Text version—with a larger x-height and wider spacing—has been developed to remain clear and legible even at small sizes in use as a body text font. The use range of the family is enriched by Monterchi Serif and Monterchi Sans that feature different contemporary interpretations of the same classical geometric skeleton, allowing for layered editorial design and variation in use. While the first offers an alternative to classical humanist serifs, the second family gives a twist of modernity to the family, reducing contrast and embracing modern geometric sans proportions.

All the fifty fonts in the Monterchi Type System feature an extended character set of over 1,100 glyphs covering over 200 languages using the Latin alphabet, as well as Greek and Russian Cyrillic. OpenType features include small caps, positional figures, alternate letterforms, stylistic sets and over a hundred discretionary uppercase ligatures.

With his elegant, historical aesthetic, Monterchi embodies the spirit of early Renaissance and the humanist obsession with constructed and geometric beauty—still managing to function as a workhorse family, ready to help any designer in need of a timeless classic look, or looking for the right ligature to transform a simple word into a striking wordmark. 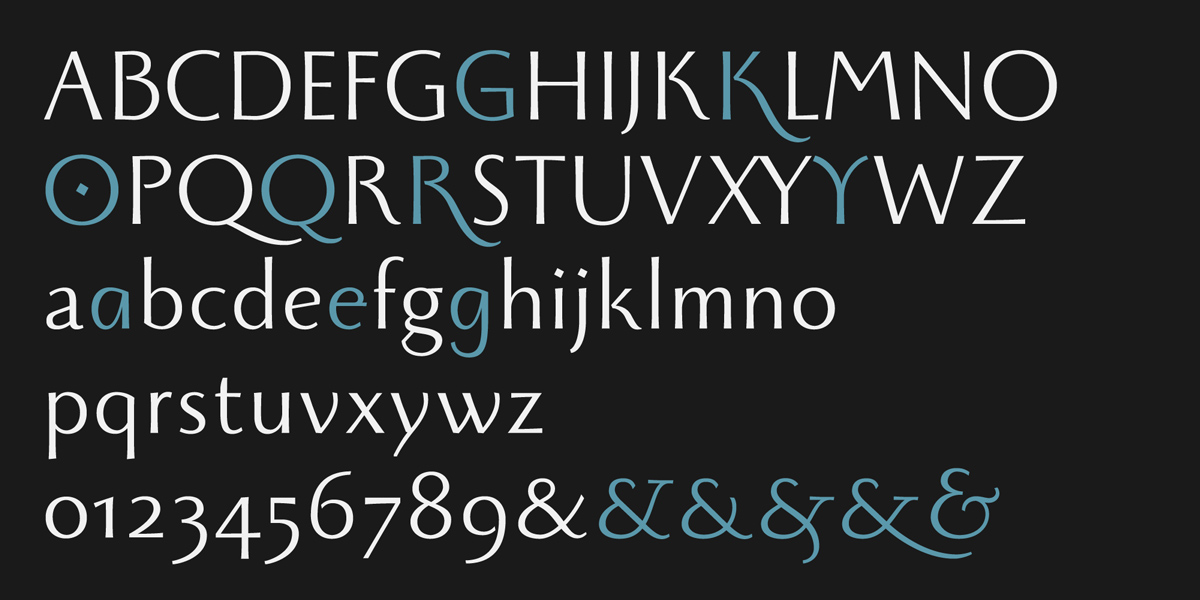 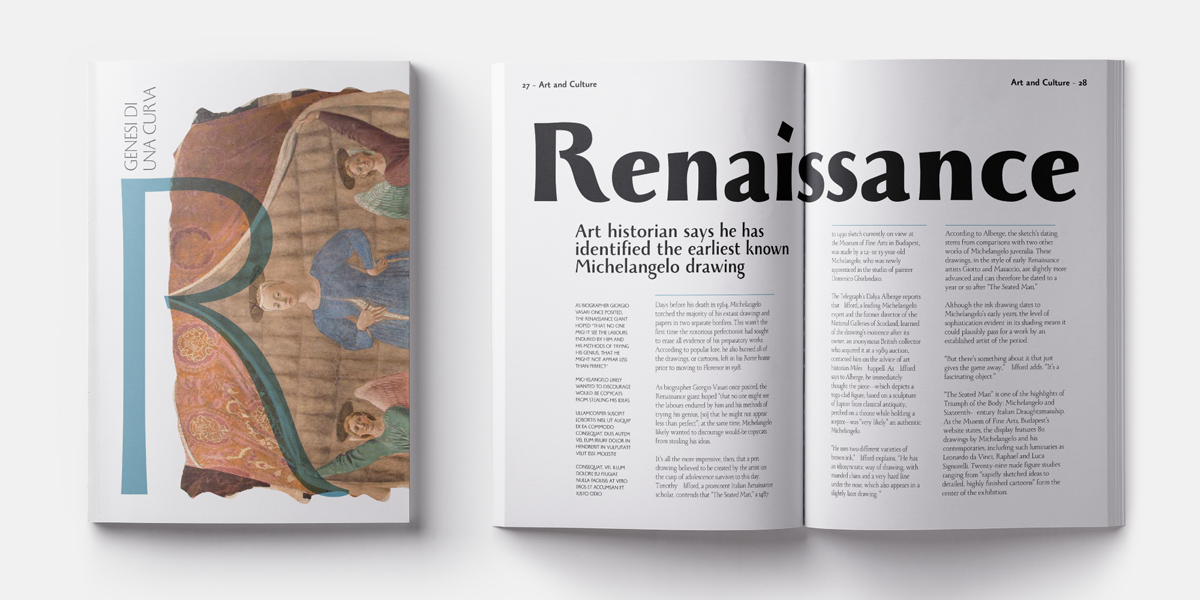 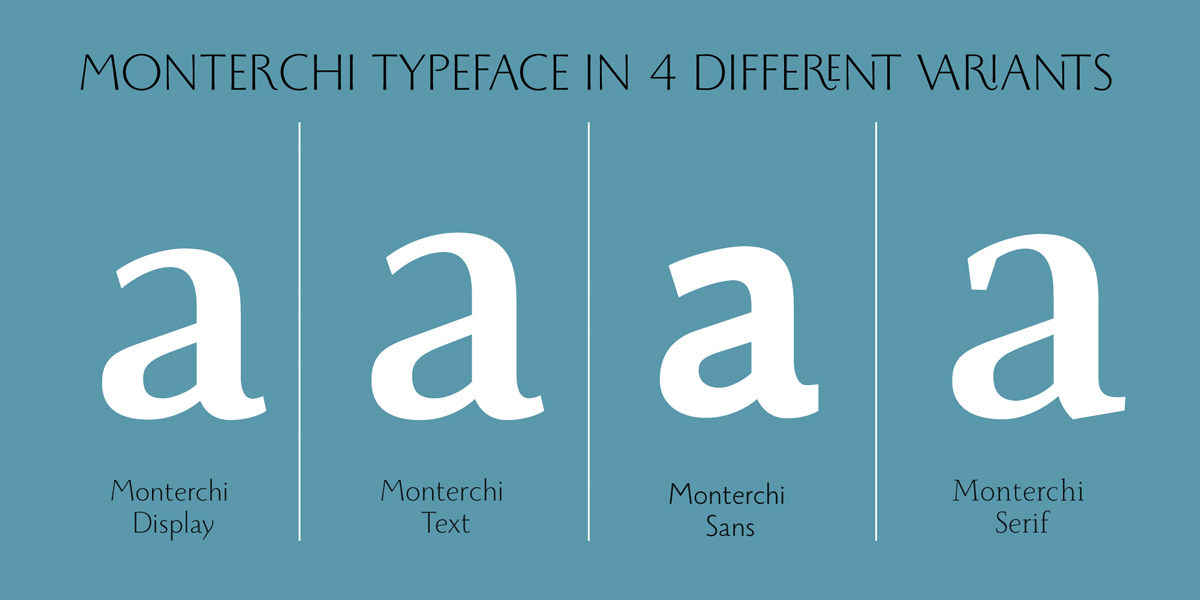 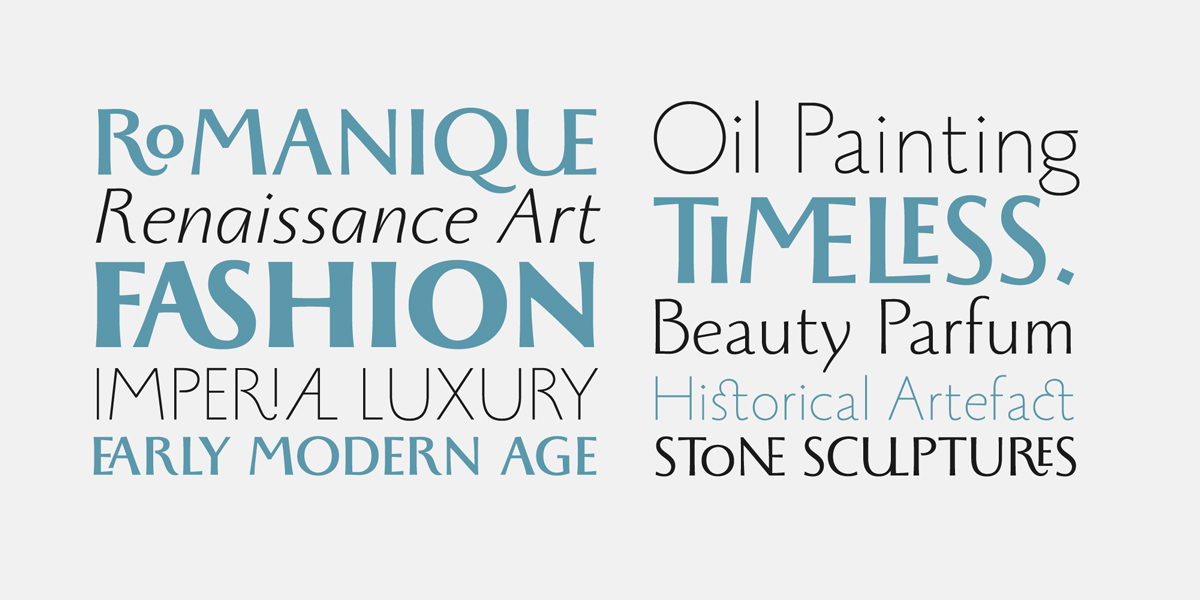 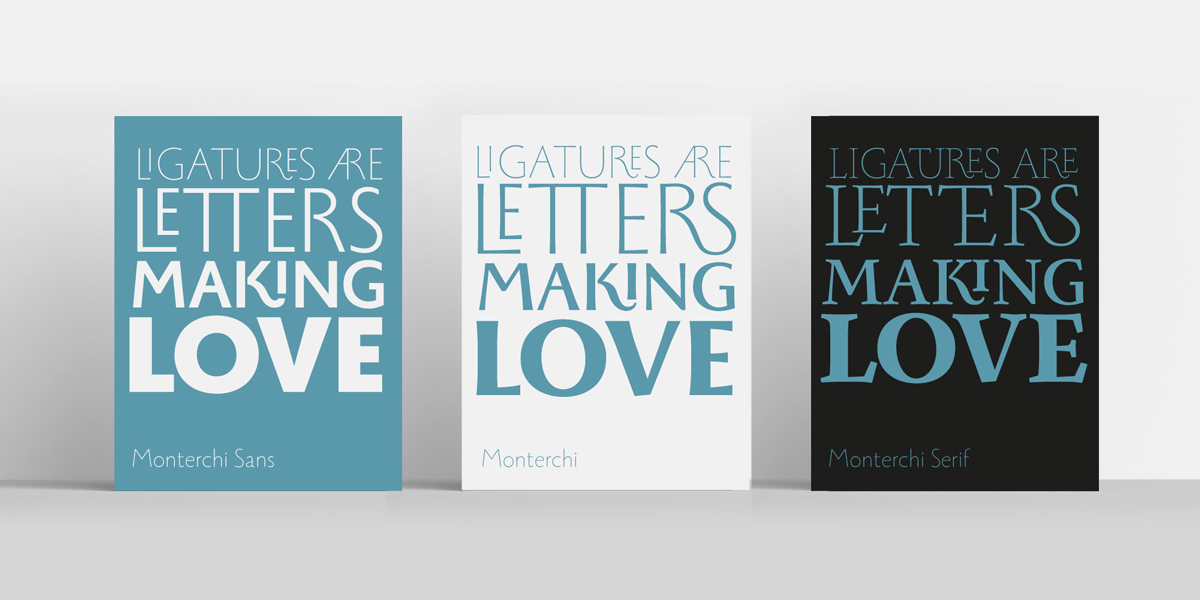 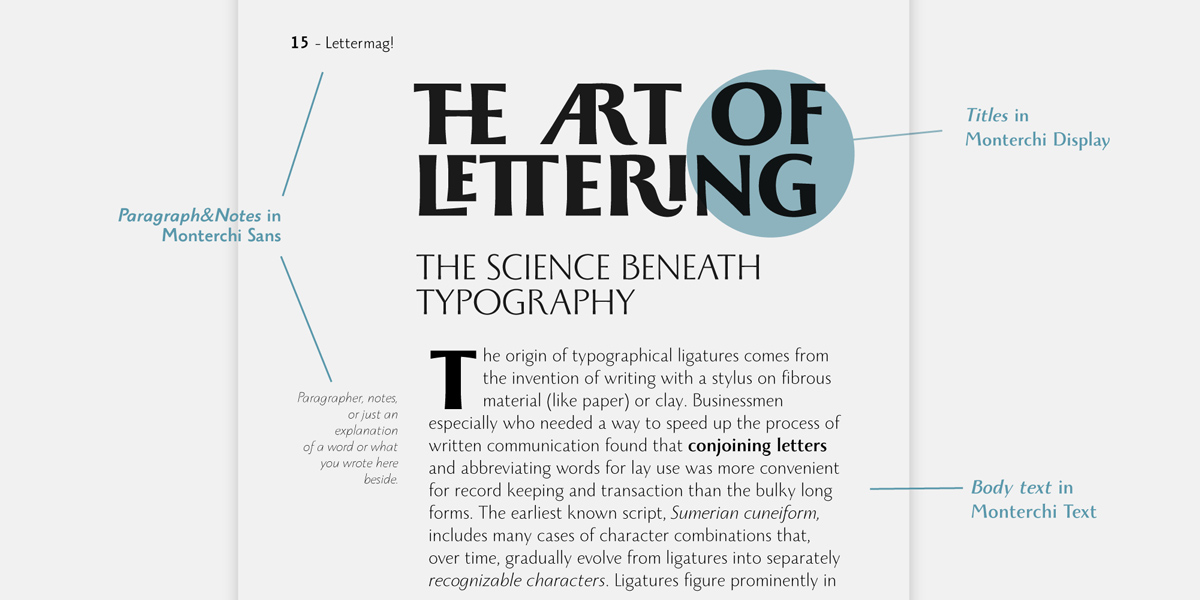 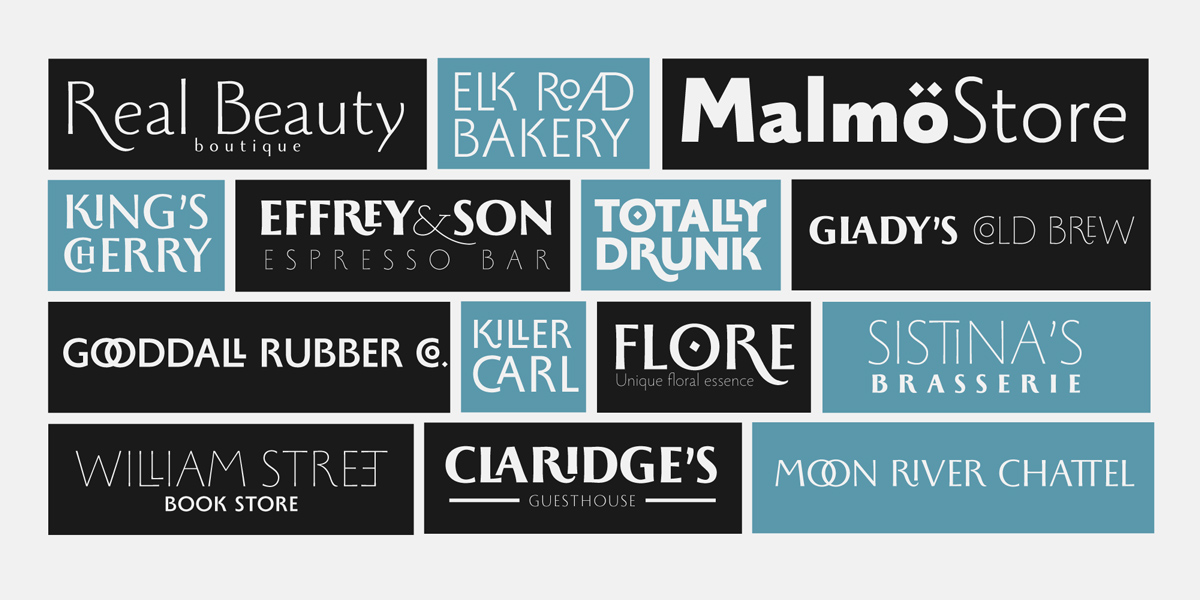 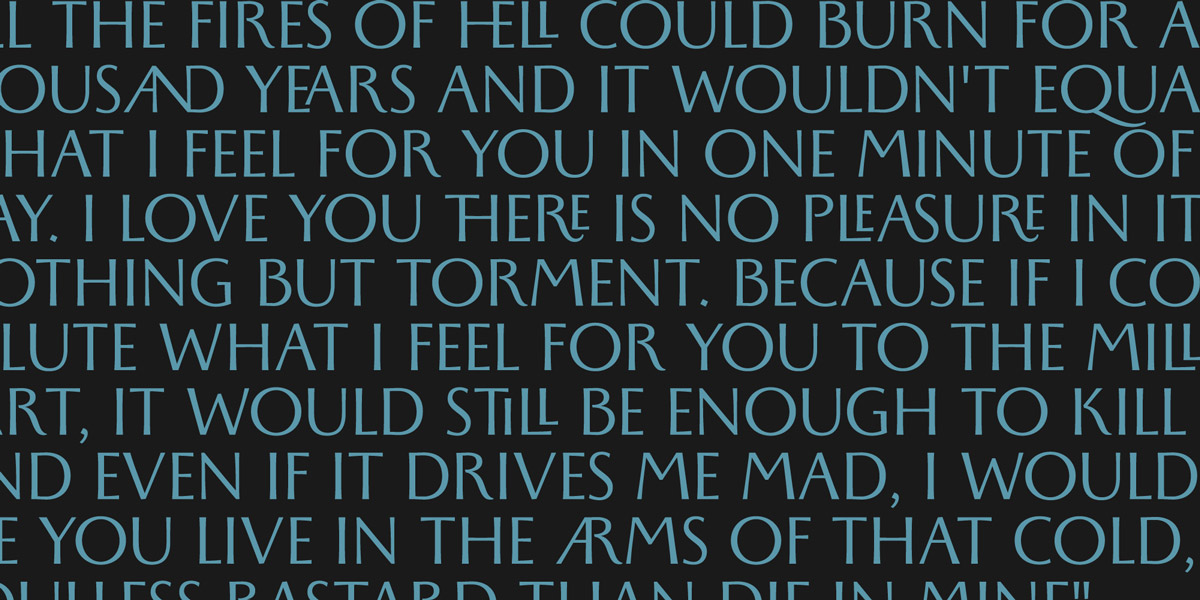 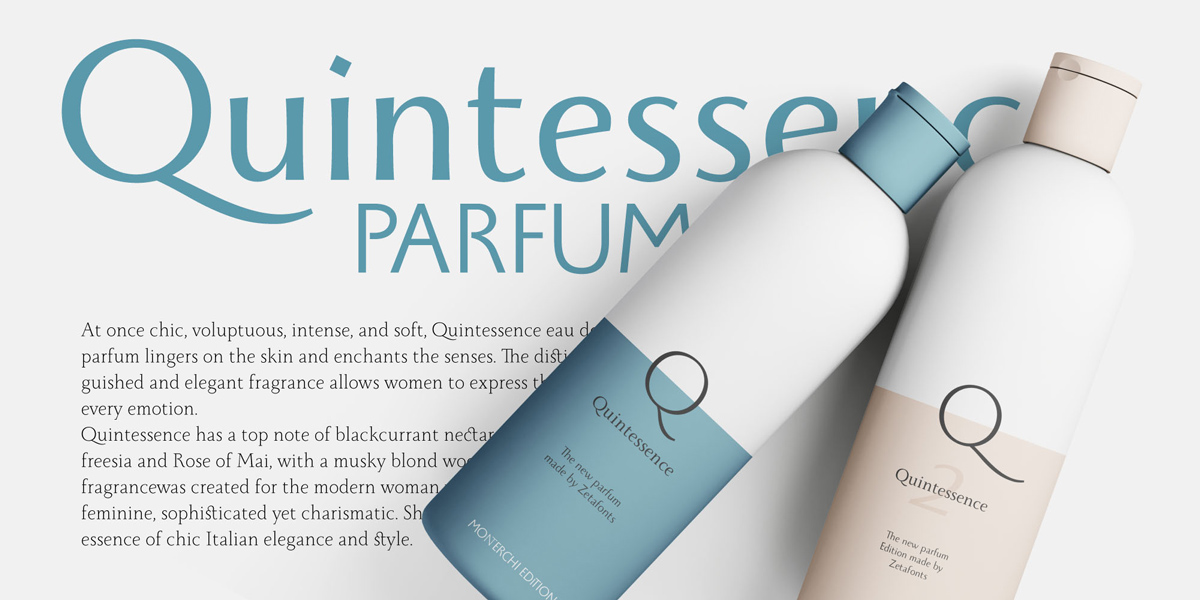 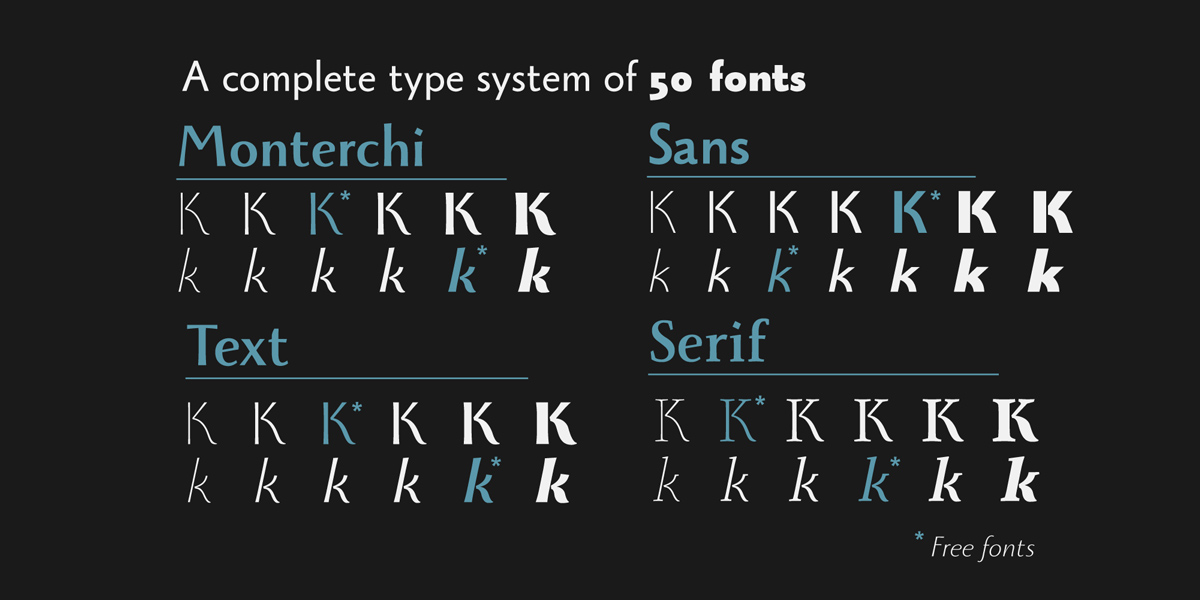 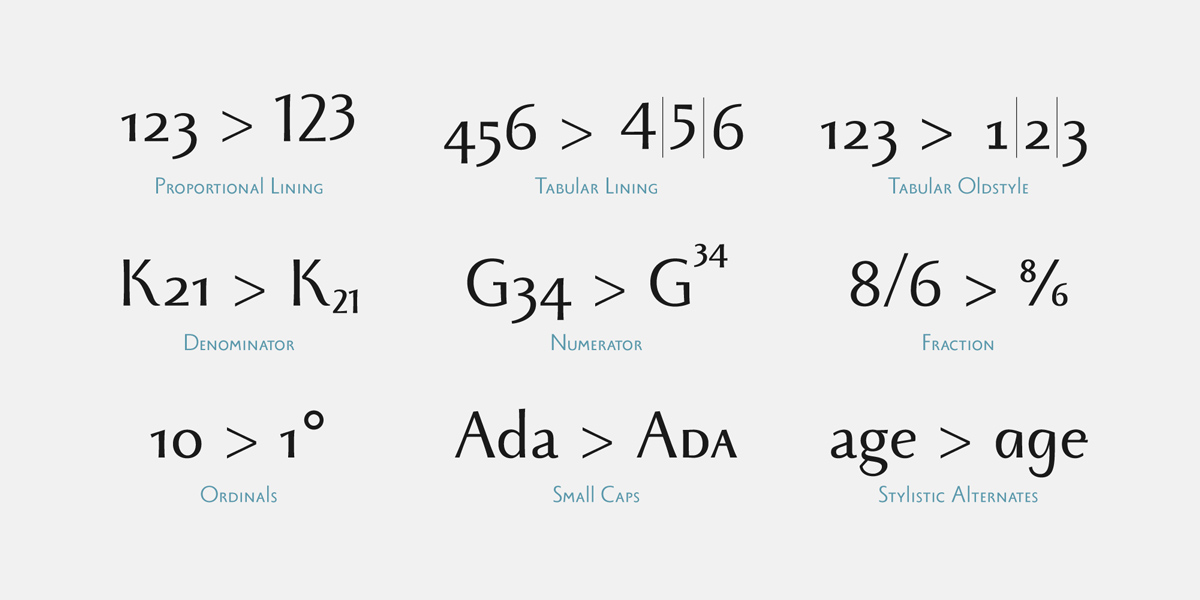