Typeface of the Month: Halvar

The Halvar family stands firm, serious, and self-confident on paper and impresses with its unobtrusive clarity. The total of 162 styles offer a wide selection, which allows the Halvar to be used in many areas. A stencil font emphasises the industrial character of the Halvar.

With bulky proportions and constructed forms, Halvar is a pragmatic grotesk with the raw charm of an engineer. A type system ready to explore, Halvar has 81 styles, wide to condensed, hairline to black, roman to oblique and then to superslanted, structured into three subfamilies: the wide Breitschrift, regular Mittelschrift and condensed Engschrift. Designed to be as adaptable in application as it is steady in appearance, this spectrum makes Halvar as ideal for complex corporate identity solutions as it is for particular ones. For industrial duties, a stencil display version is also available.

The typeface’s universe is supplemented by a solid stencil and like all TypeMates fonts, this superfamily is available for print + web, embedding and server licensing. As always, you can use a a free Desktop-Demo-Version to test all styles of the typeface.

Halvar Stencil expands on the Halvar universe by building on its industrial attitude: this German-engineered Schablonenschrift is a typeface for construction sites, power stations, data plates and anything that demands visual impact.

Cutting stencils into the letters of Halvar reveals that the typeface is an engineer. With letters parted into circles and rectangles, Halvar Stencil is a practical typeface whose raw character is stabilised with consistency and solid workmanship. With bold weights well-suited to immense and brute uses and light weights that are airy and chic, it has flexibility to match its scale.

Please, max the Gap! Havar Stencil is not only available in three widths, it’s shipped with three sizes of stencilling. From the tight MinGap to the loose Maxgap, this ensures that whether Halvar Stencil is applied to a shipping container or the plaque of a hard carry case, it has the right amount of stencilling for the job.

Complementing all this, Halvar’s multi-plexed functionality means that designers can lighten and darken text in complex settings without worrying about reflowing text or distorted interfaces. Like Halvar, Halvar Stencil has an absolutely consistent character width across all its weights.

With a character set that includes extended Latin, Greek and Cyrillic and supports more than 190 languages, Halvar’s styles have German names and multilingual ambitions. Perfect for cross-market branding. To ensure TypeMates’ usual high standards throughout all glyphs, the Cyrillic and Greek letterforms were developed in consultation with native readers.

Foundry: TypeMates
Designer: Lisa Fischbach, Jakob Runge, Nils Thomsen plus, with the extra mile on the Stencil, Paul Eslage
Consulting on Cyrillic: Maria Doreuli, Ilya Ruderman and Yury Ostromentsky
Consulting on Greek: Kostas Bartsokas
Improving the screen performance: Anke Bonk of Alphabet Type
Release: 2019
Format: OTF and TTF for desktop and apps, plus WOFF, WOFF2 and EOT for web
Weights: 162 styles in total, 9 weights from Hairline to Black in 3 widths from Condensed to Extended, multiplied by 2 Slants for Halvar, multiplied by 3 gap sizes for the Stencil
Price: Weight 39.– up to 49.– € (net), complete family 199.– up to 299.– € (net)
The hole type system with 162 weights for 799.– € (net). 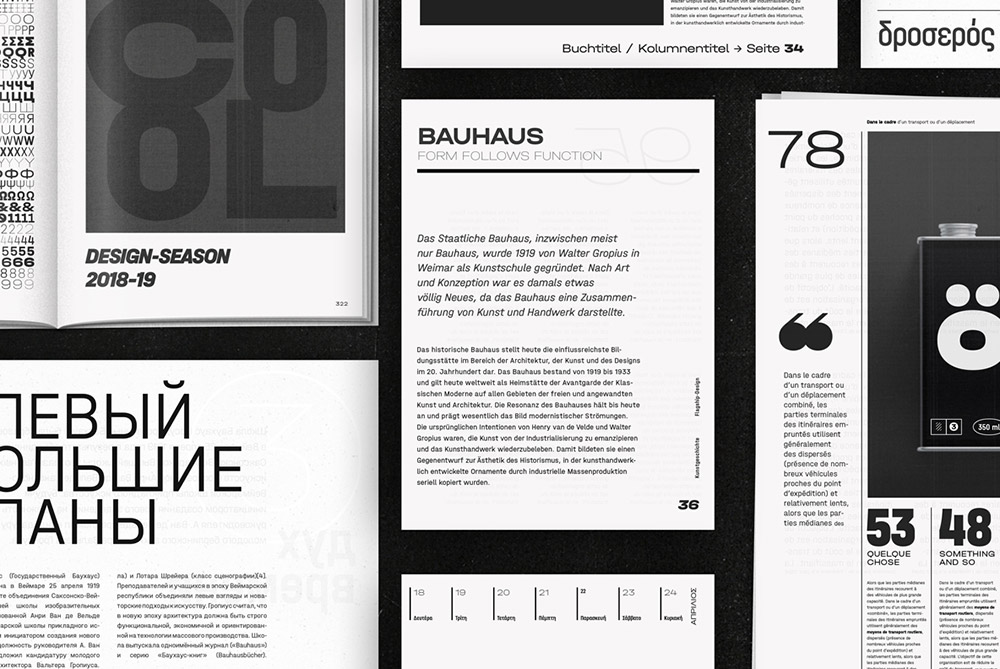 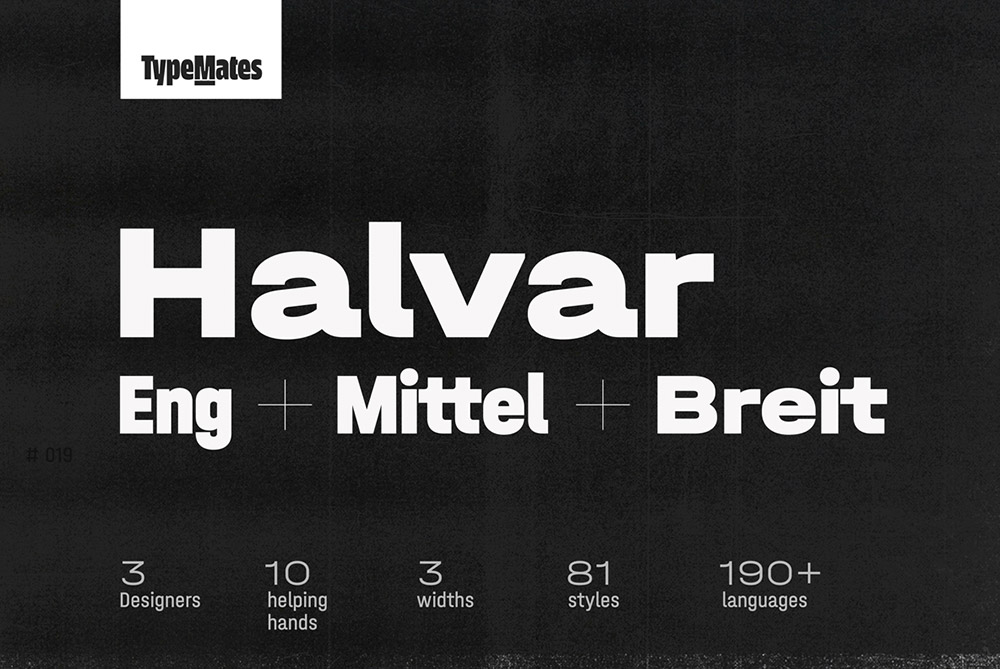 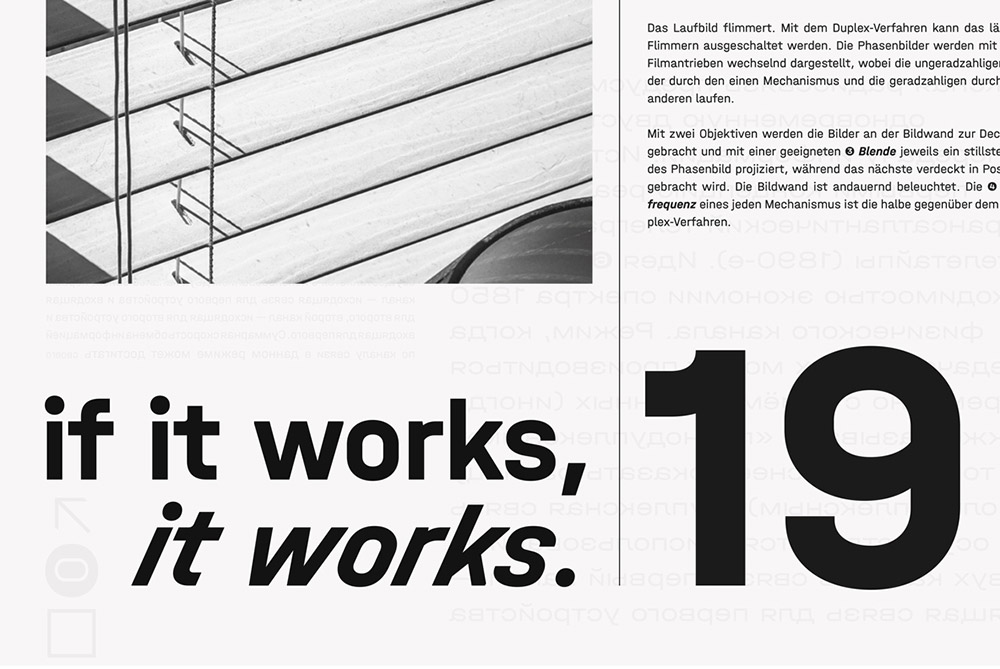 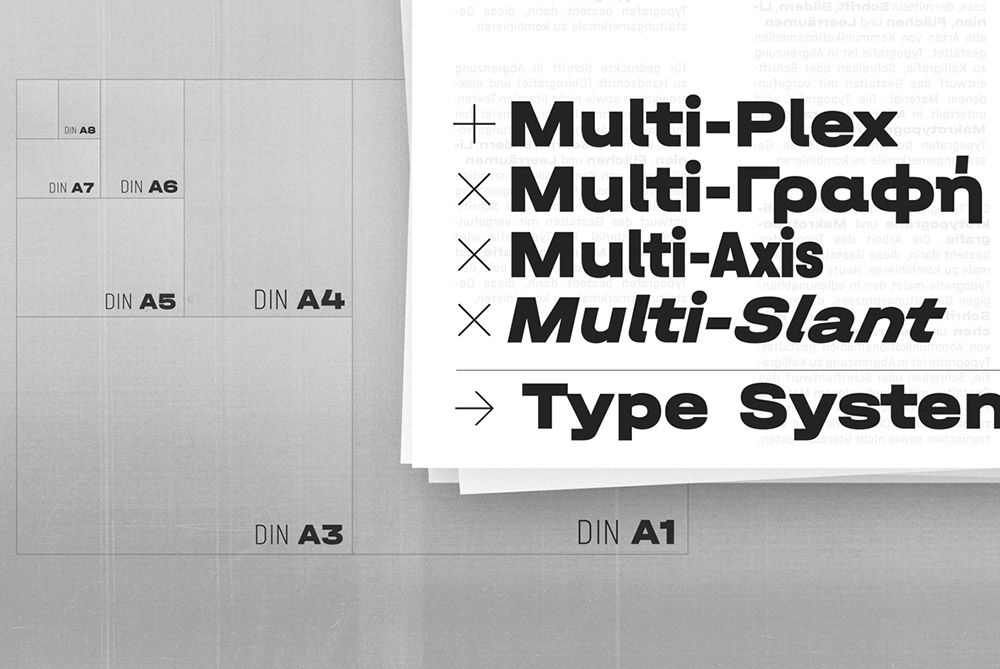 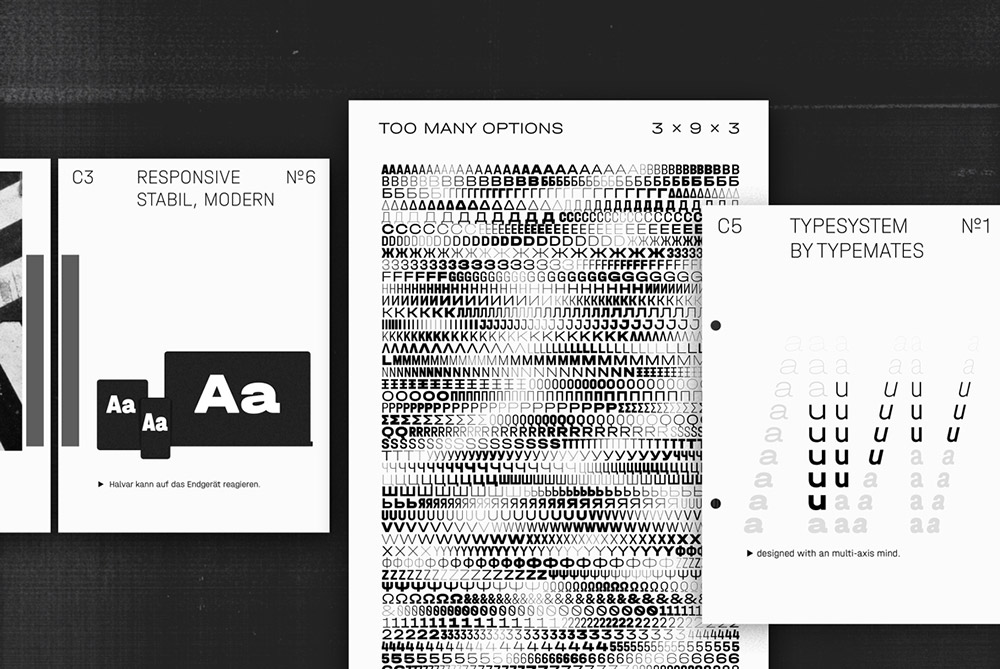 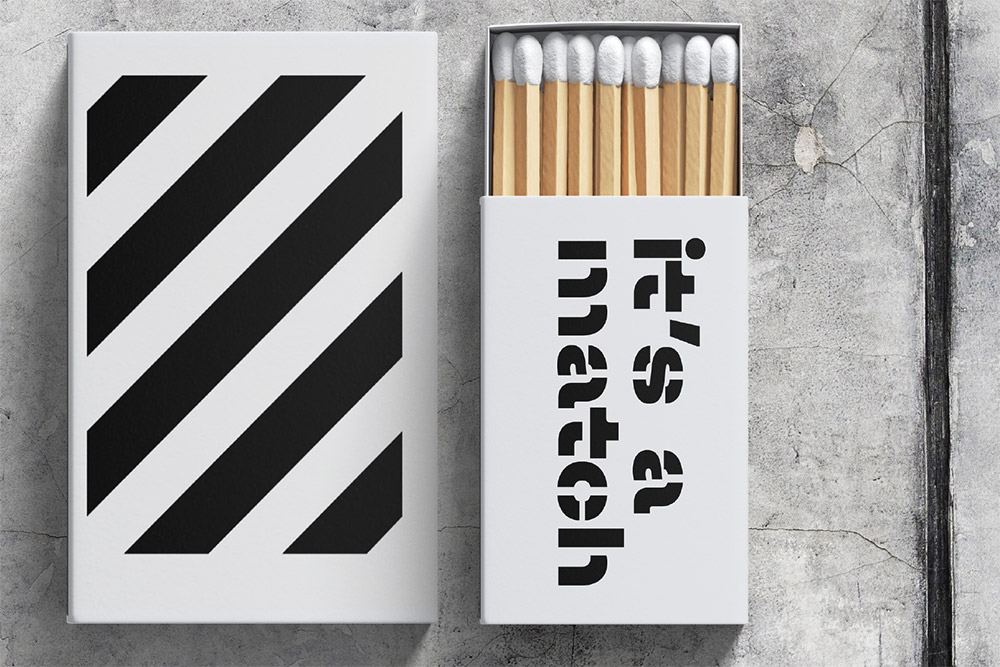 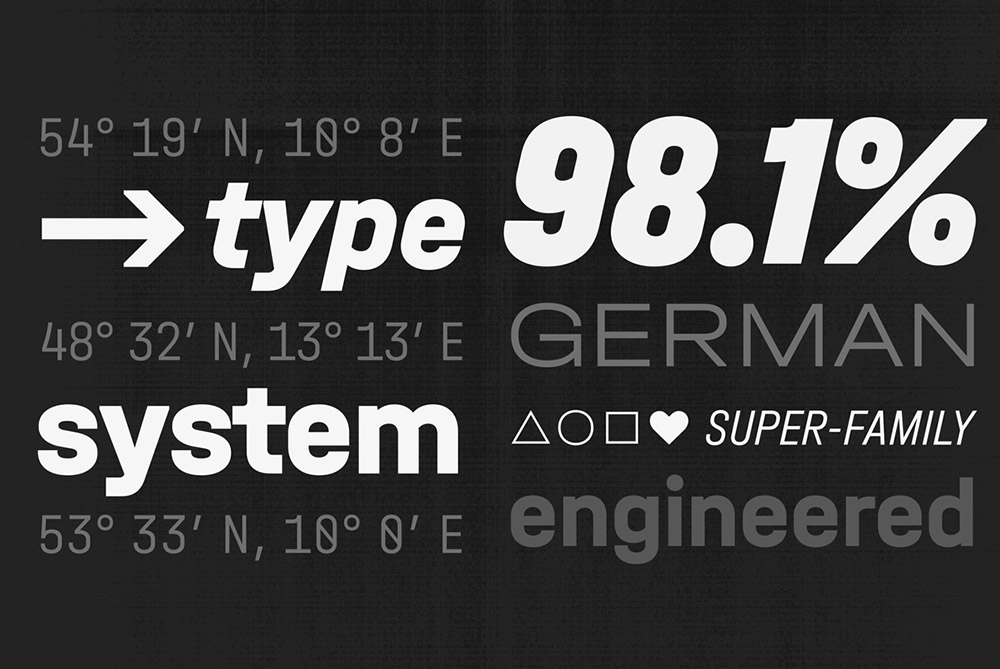 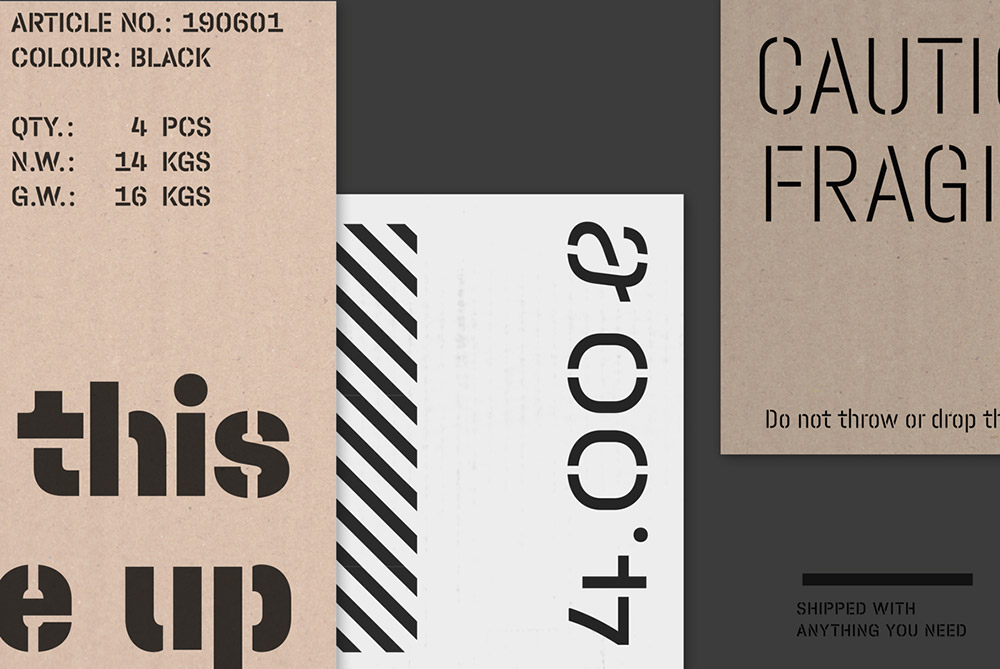 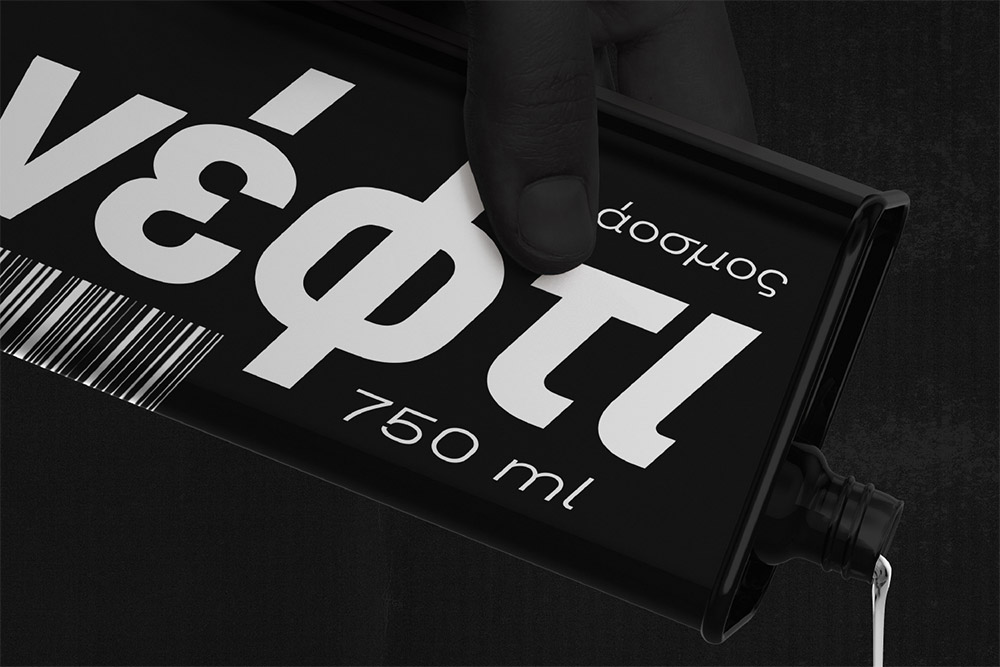 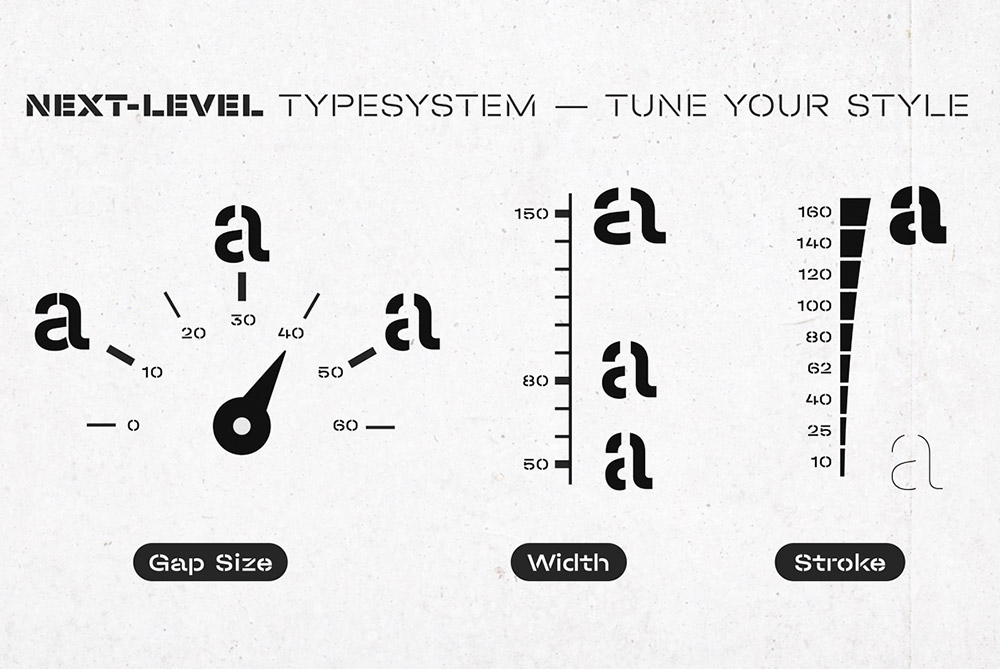 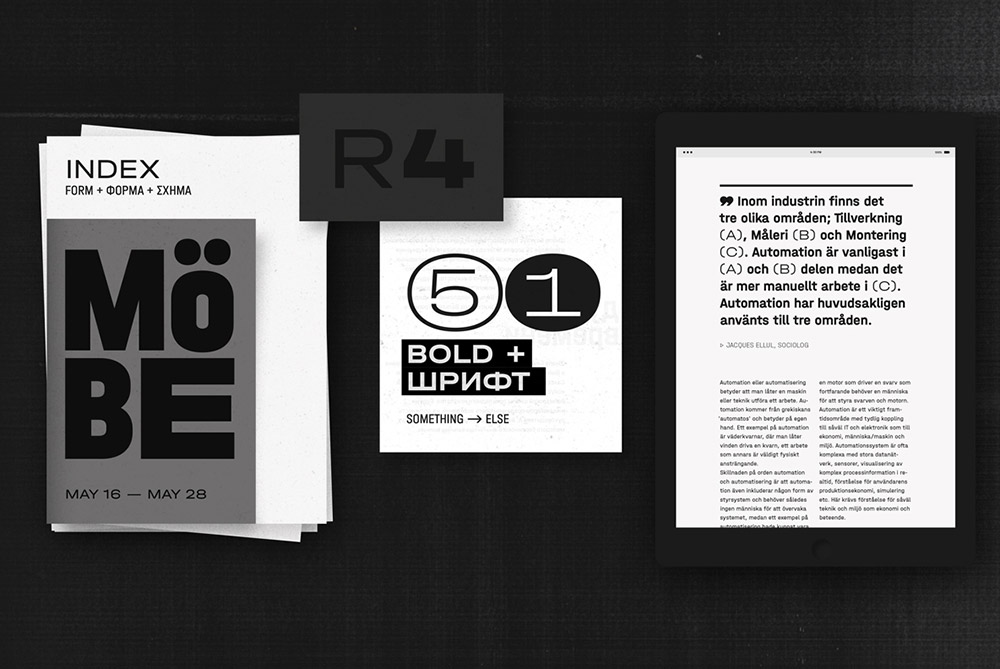 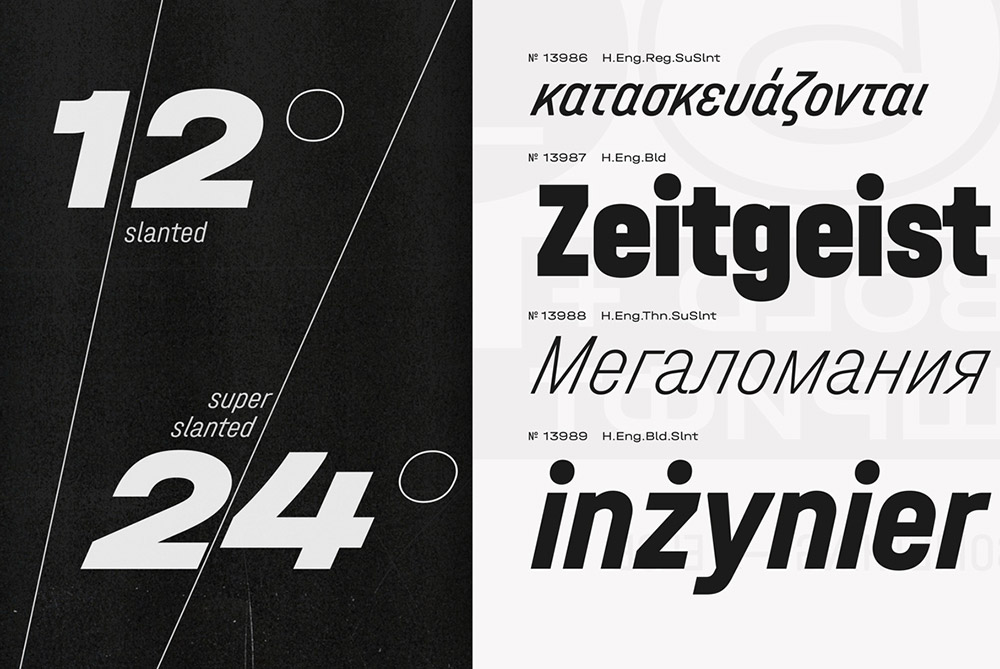 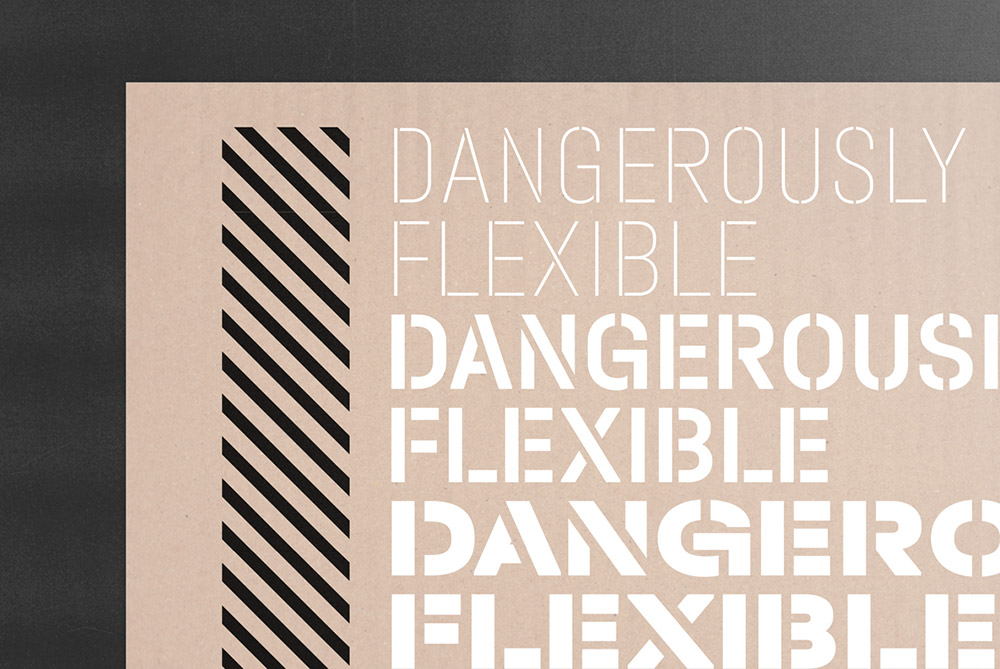 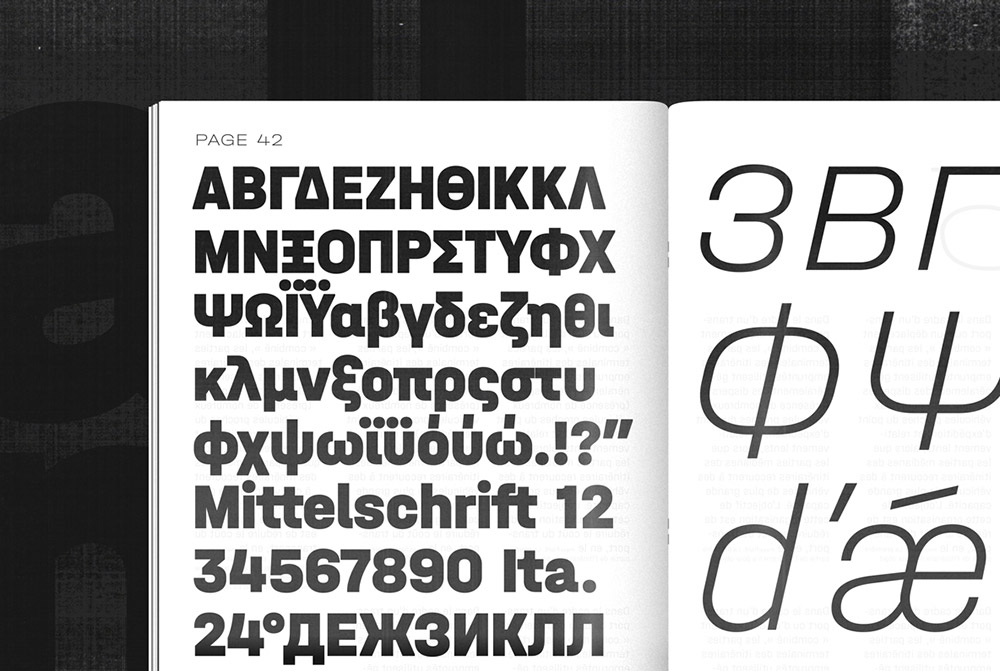 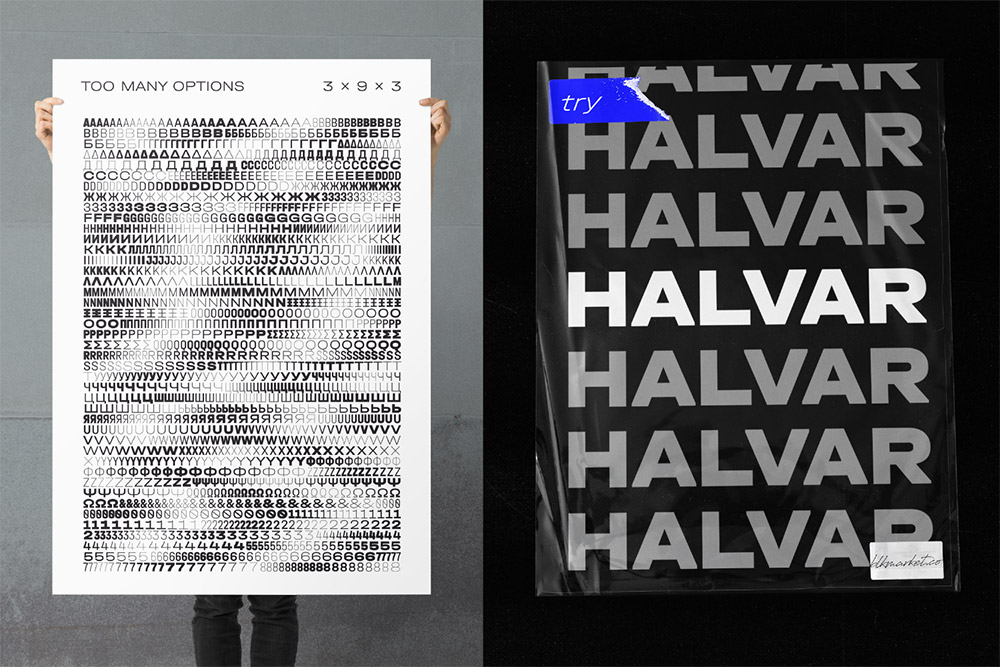 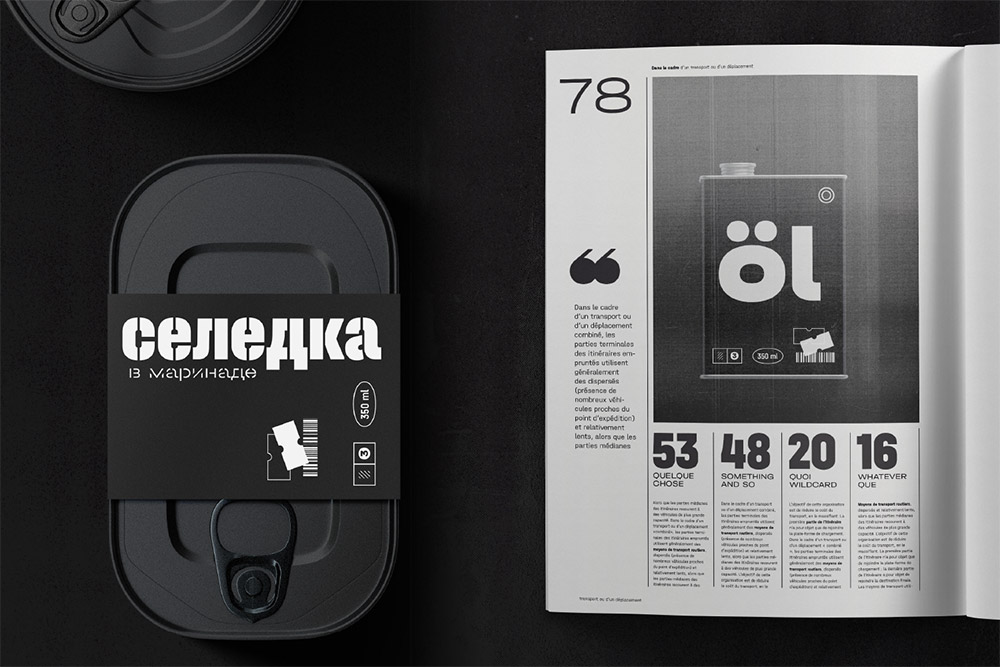 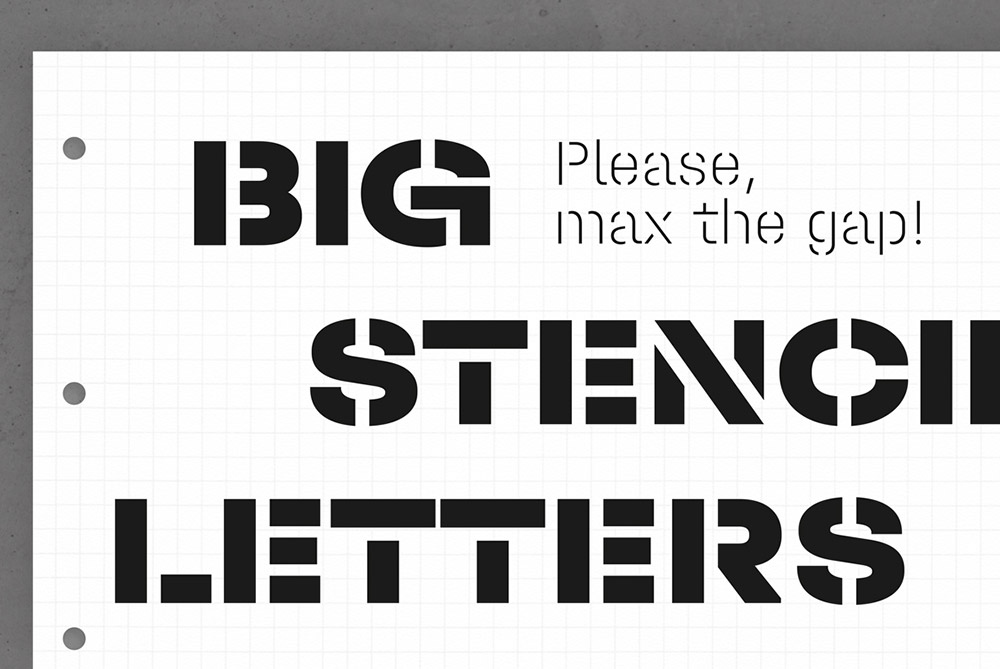 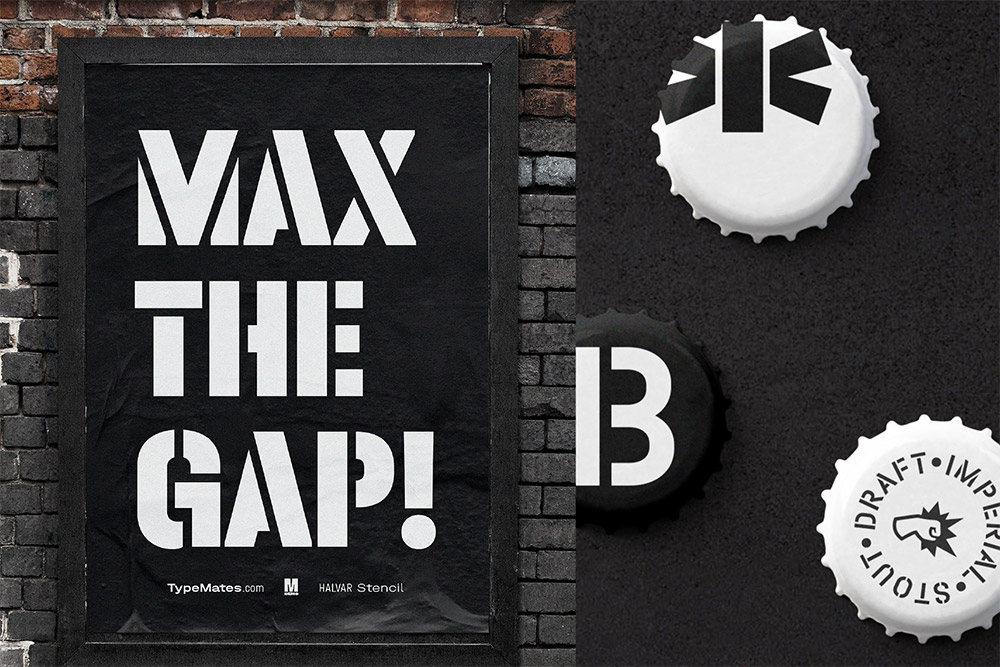