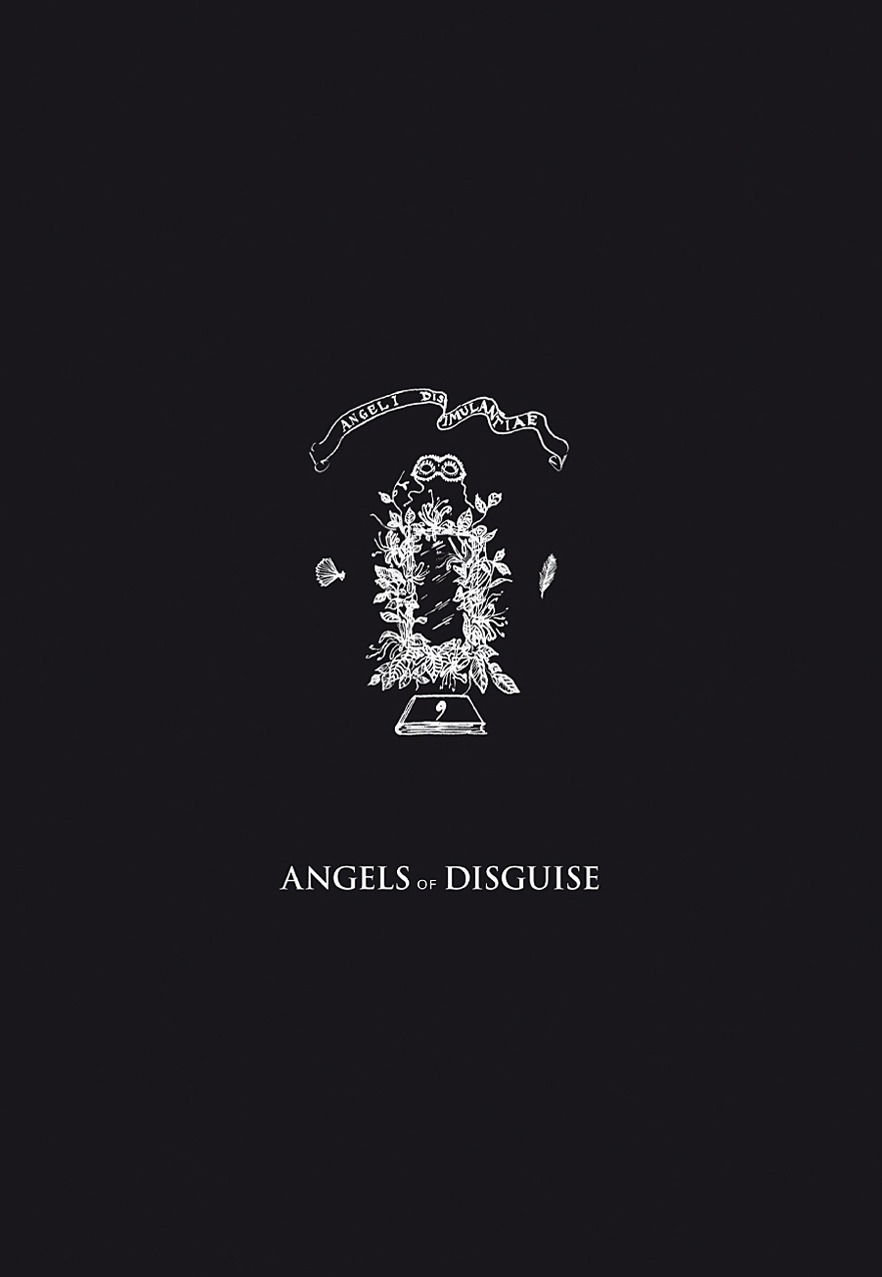 Angels of Disguise (The Abstract Aesthetics of Digital Flaneurism)

Can ‘Khan’ Oral’s book “Angels of Disguise (The Abstract Aesthetics of Digital Flaneurism)” presents 84 digital prints of found internet imagery categorized in four thematic cabinets.
Logging onto a sex-dating page is like a promise, an overwhelming sea of imagery and data. Next to each other one finds fetish-addicts and ordinaries, “tops” and “bottoms,” “trannies” and “sissies.” Here, everybody can find a sweetheart. Digital flaneurism, an ongoing desire of searching and finding.
“Angels of Disguise (The Abstract Aesthetics of Digital Flaneurism)” is a collection of found images from these virtual sex-dating pages that formulates a poetry of teasing. The images show particulars of the human, but the character or identity is obscured: A shape of a chest might count more than what’s written on a driver’s license. Nobody knows for sure which personality is hidden beyond the image: Is it a constructed identity or an authentic one, a bourgeois or a pervert?
Hierarchies of bodily forms, of beauty or nationality do not make the categories by which the collection is organized, but the various formal disguising, masking, blurring, or highlighting techniques that obliterate the notion of the natural and the real. Hiding is showing.

Khan is a professional in the fields of music, arts, and creative producing. Khan moves at the interface of the digital and the real. His creative way of expression is music, photography, and art itself. He is interested in new subcultural behaviors that result from our digital interaction and real life together. In his art, he overcomes this dichotomy.
“I'm interested in ideas, emotions, and bodily fluids.”
Khan has collaborated with Diamanda Galas, Julee Cruise, Kim Gordon, Brigitte Fontaine, Kid Congo Powers, J Mascis, Little Annie, Jon Spencer, Andre Williams, Jimi Tenor, Francoise Cactus, Alexander Kowalski, Dr. Walker, DJ Kaos, Rodion, Tiefschwarz, Adana Twins, Captain Comatose, International Pony, Air Liquide, Stereo Total, Terranova, Baba Zula, a.m.m.
---
“Angels of Disguise (The Abstract Aesthetics of Digital Flaneurism)” is also available as box set (containing the book, a CD, and a DVD), published in a limited and numbered edition of 100.