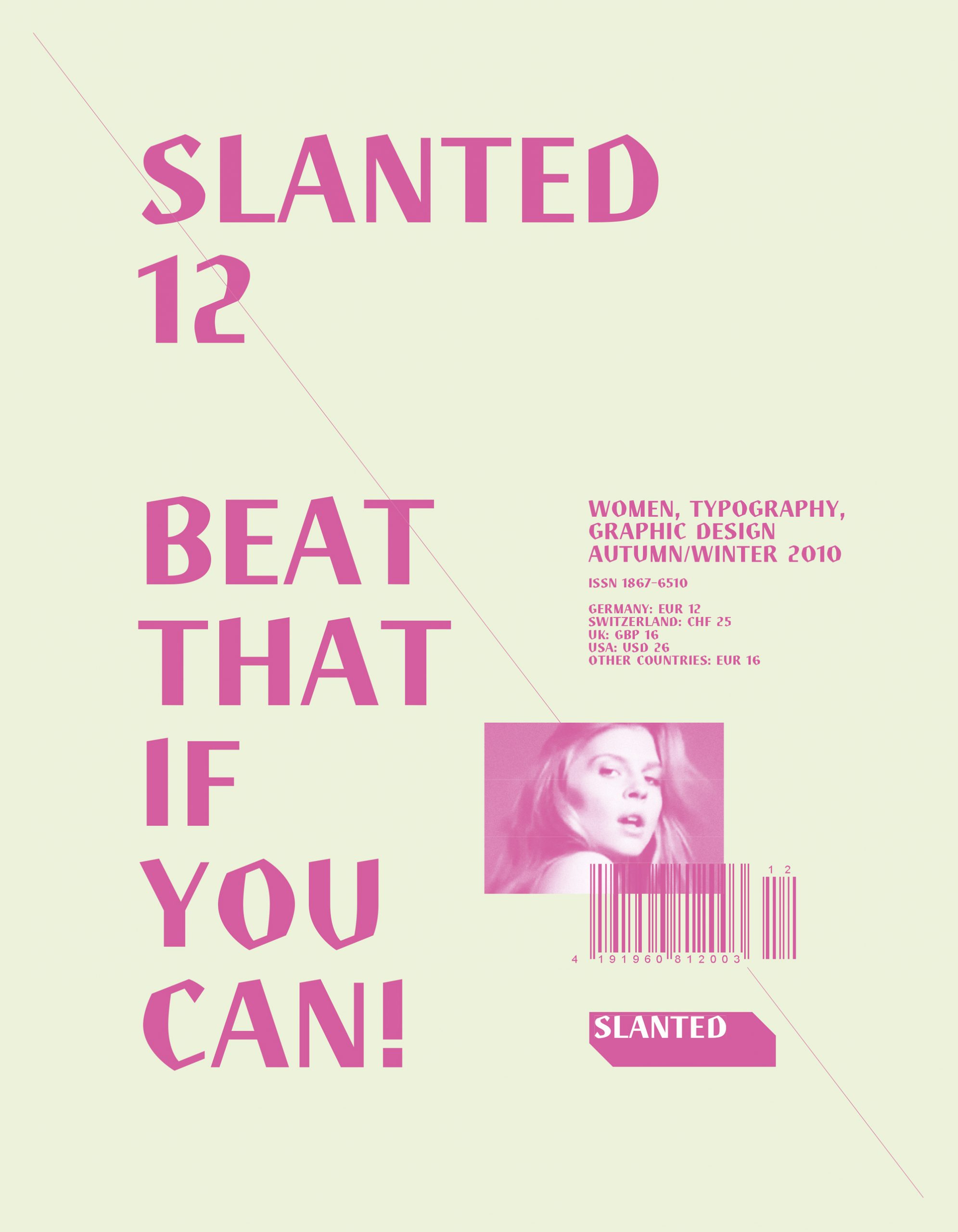 Beat That If You Can! – “Slanted #12 – Women, Typography, Graphic Design” is a stage for extraordinary and intelligent projects by women. This is not a very special thing. For our focus on visual culture it’s all the same whether a (typo-) graphic work has been realized by a female or a male being. But it’s undeniable and strange that still only very few women are visible in graphic design (more) and typography (less). We want to contribute to more visibility for at least some female type and graphic designers – design by women is at least just as well. Beat That If You Can!